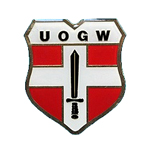 The UOGW was founded in May 1964 and served as a place caring for service problems for the NCOs during a time when there was no employee representation available. Today the Non-Commissioned Officer‘s Society Vienna is the representing body and the mouthpiece for all employees but especially for the approx. 4.000 Viennese Non-Commissioned Officers in active service, in the reserve and in retirement. I want to remind everybody on the importance of a strong community able to meet common targets. “Only in numbers lies our strength,“ the president of the UOGW society, Vzlt Bernhard Struger, stated during his commemorative talk.

Vienna‘s military commander Bgdr Mag. Kurt Wagner among many others congratulated the UOGW in his speech for their anniversary and thanked for the valuable service provided in the Army, wishing for similar successful work in the future. Significant birthdays earn the right to be noted. The high generals were present at this celebration, as well as many staff officers, providing wishes from the officer corps: „…the non-commissioned officer simply stands for the Austrian Army, in training, in management, in the home country as well as all over the world, and is essential for the fulfilment of the mission of the Austrian Army…“ The recurrent theme of all commemorative speeches was a warning and an appeal to politics to provide also the necessary financial means to enable the armed forces to fulfil their tasks. A LAZARUS UNION delegation of five comrades was invited by the UOGW and wants to express their thanks for having been able to participate in this worthy celebration and congratulates the UOGW for their anniversary, wishing all the best for the future.