We still remember the unimaginable devastation of the century flood disaster in the Ahr valley. All the media reported on it around the clock for weeks. After the major clean-up work, infrastructure work is now being carried out, such as laying water pipes and heating systems in the houses.
Now that winter is approaching, this is also urgently needed. The “martial artists with heart” of the MAA under the leadership of Bernd Höhle were able to hand over a large donation worth 45,000 euros for the victims in the Ahr valley. As an operative ambassador of the children’s relief organisation International Children Help e.v., Bernd Höhle was commissioned by the president of the children’s relief organisation Dr. Dieter F. Kindermann to take care of the transport and distribution of these donations in the crisis area. The donations are part of an even larger donation in kind from Intersport Stadthagen. The lion’s share of the donation went to the flood area. Brand new winter clothes for children, youths and adults worth 45,000 Euros were distributed by several helpers of the Martial Artists with Heart network.
A part of the donations in kind was handed over to Malteser Fluthilfe, which will distribute the clothing donations to those affected via the Malteser Fluthilfe office in the Ahr valley.

At this year’s Magic of Martial Arts seminar, the Malteser Fluthilfe district director personally thanked Bernd Höhle and the martial artists with heart team for their commitment during his speech. 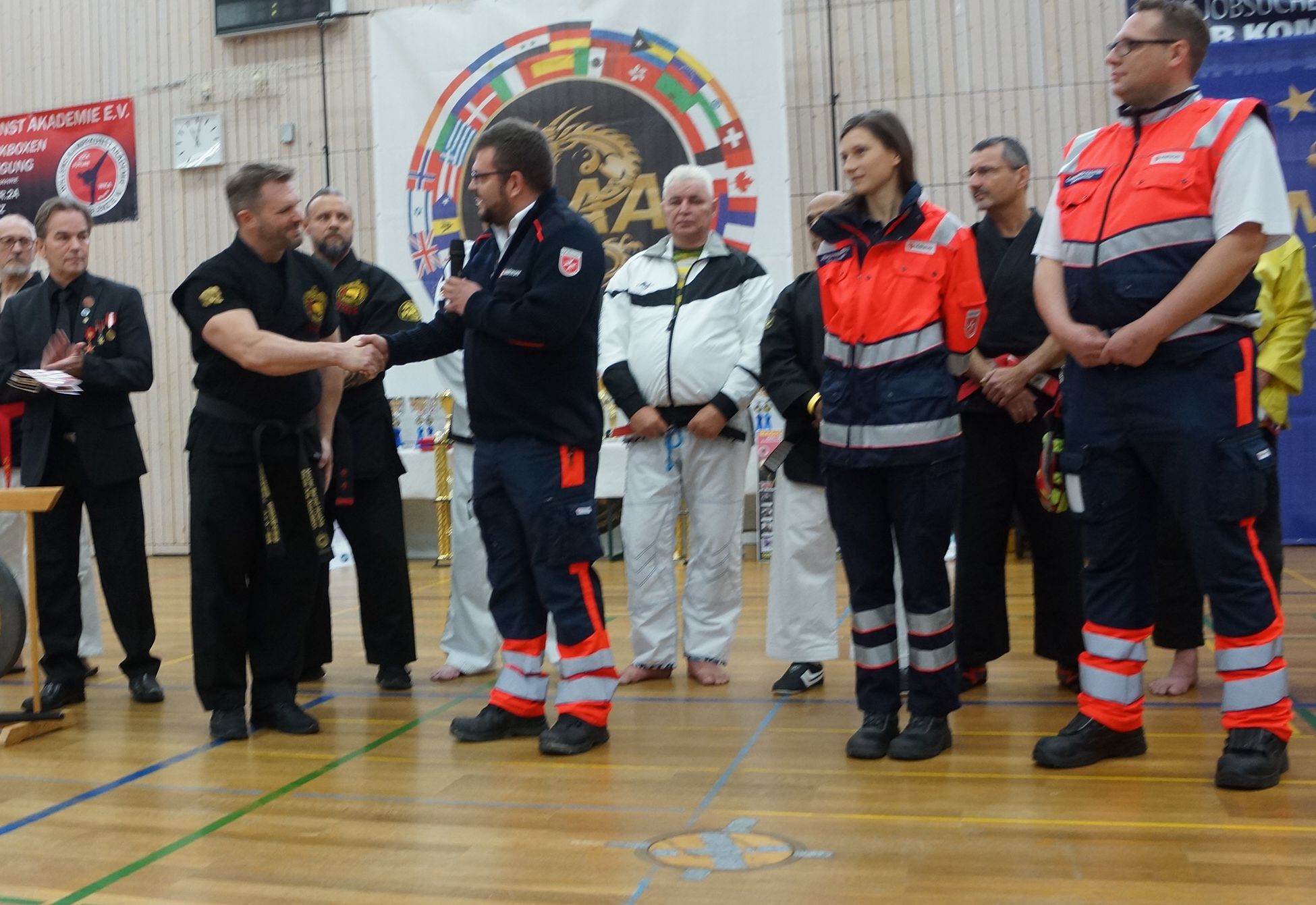 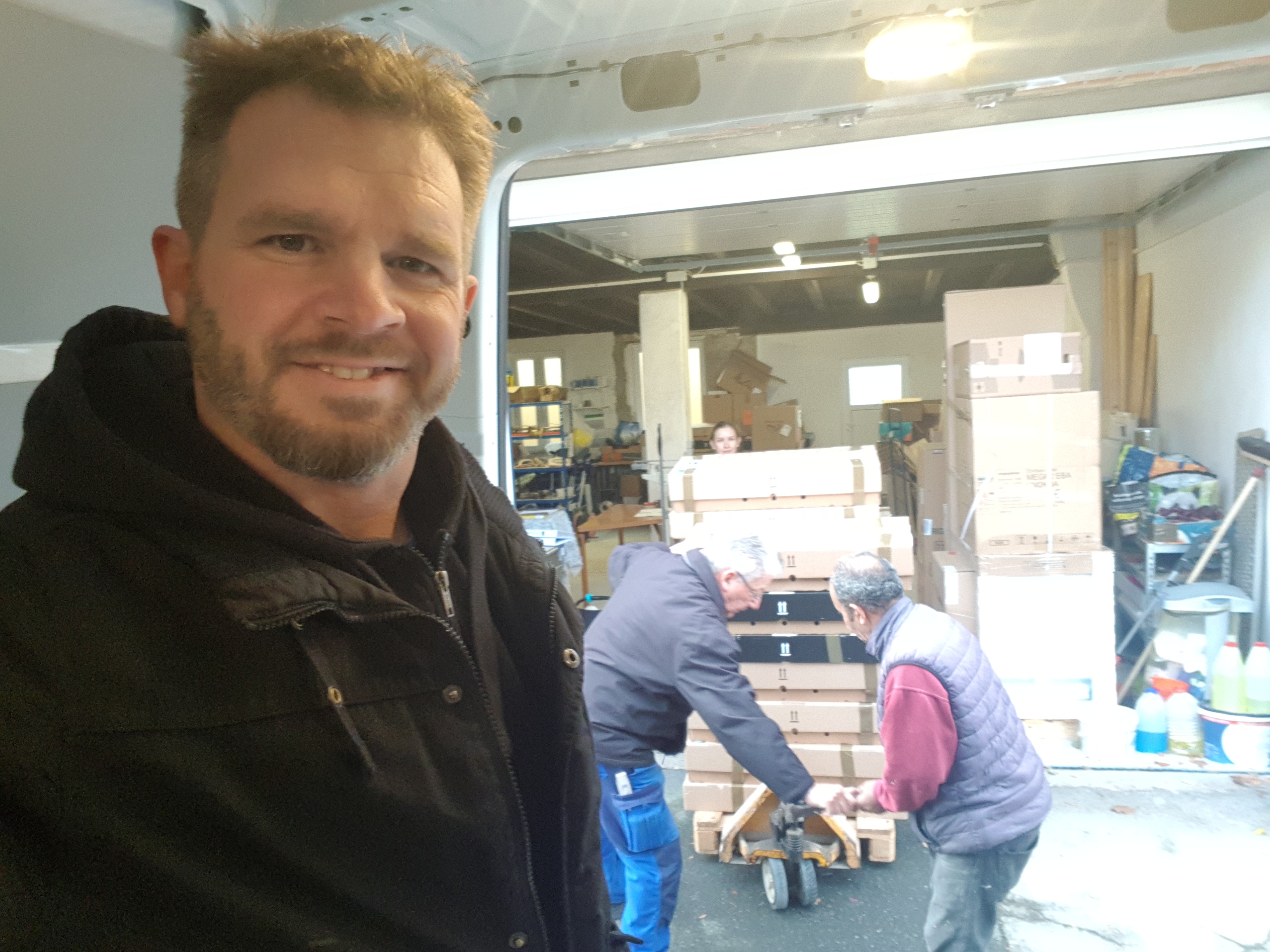 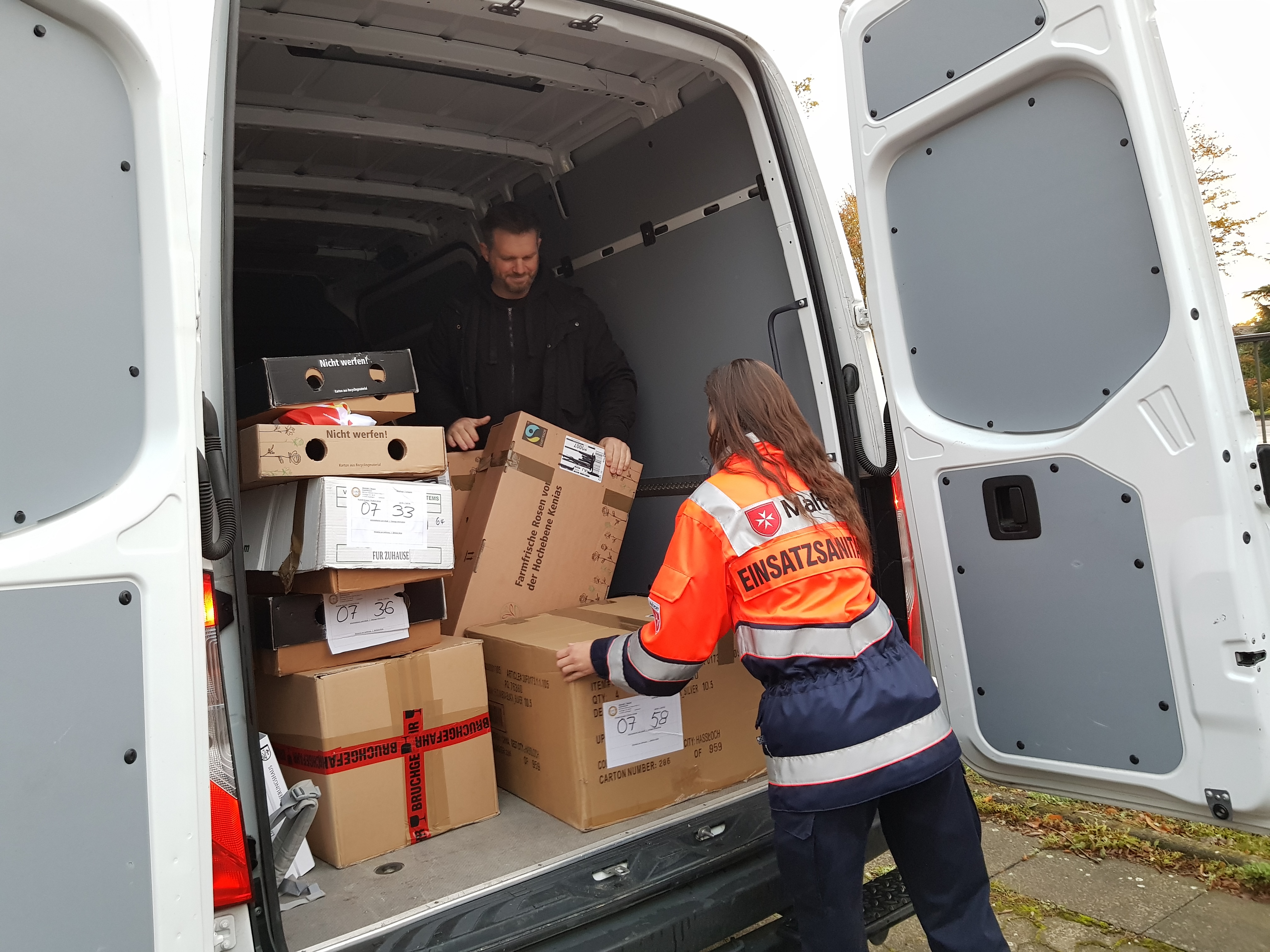 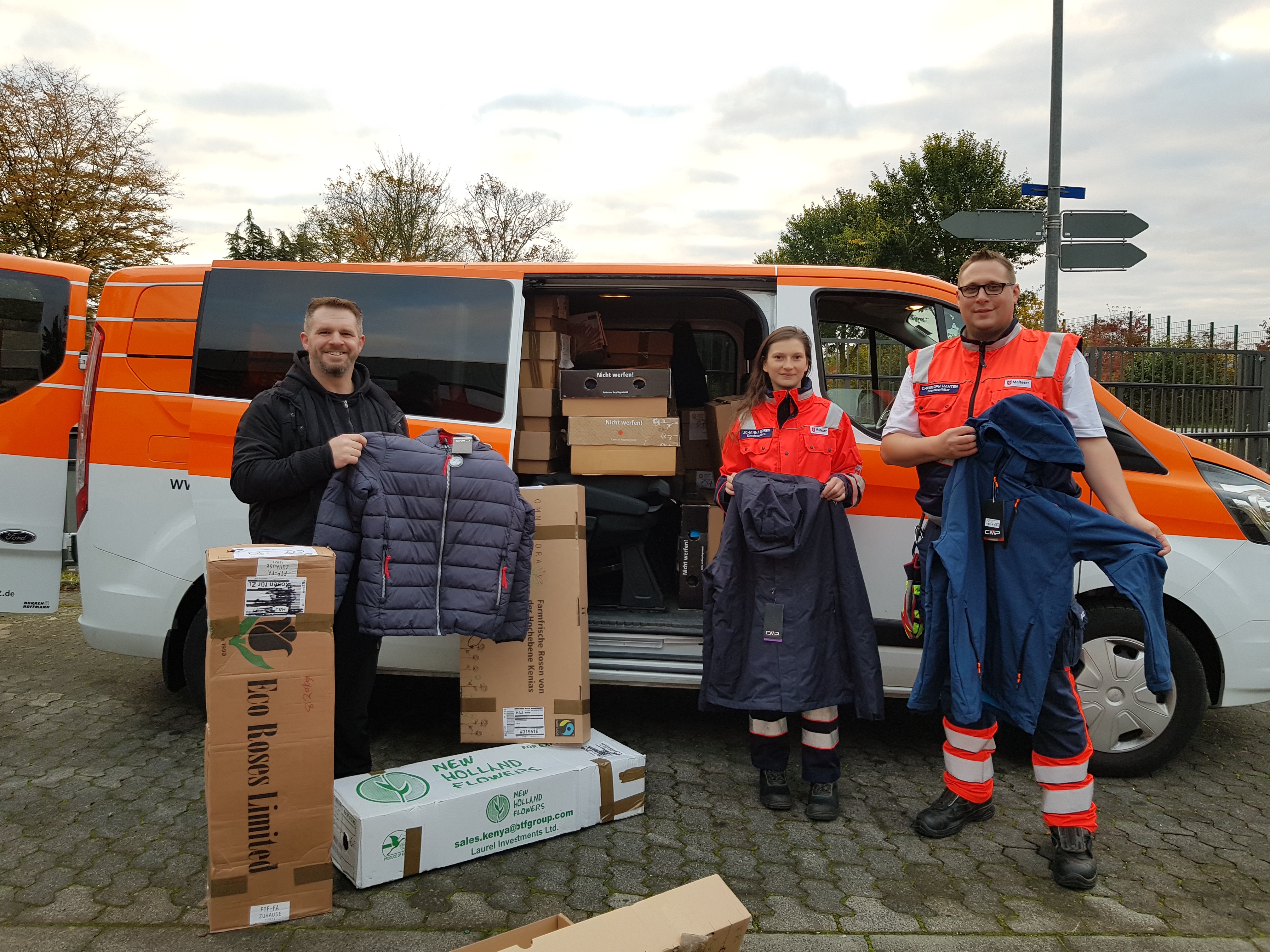 Pastor Babu George returns to India with donation and assistant