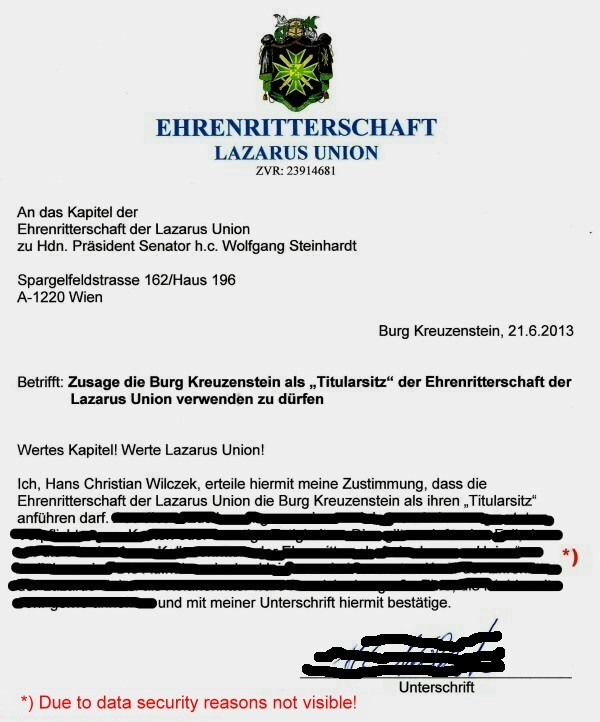 Location of the castle

The castle is situated north of the Danube on a hill in the Rohrwald forest, just above the town of Leoben and between the cities of Korneuburg and Stockerau. Its altitude is 266 meters above sea level and its height above the Danube is about 100 meters.

The castle hill is close to a bend in the Danube by the Vienna Gate and provides a sweeping view of the river and, upstream, the Korneuburger basin. Almost opposite, on the south bank of the Danube, stands Greifenstein Castle.

The medieval castle of the Habsburgs

In July 1527, Baptist preacher Balthasar Hubmaier was transferred to Kreuzenstein having been arrested under the pretext of causing riots in Mikulov (Moravia). He was interrogated at the castle but refused a revocation and was sentenced to death. He was burned at the stake in Vienna on March 10th, 1528.

Until the Thirty Years War the castle was never conquered, but it then fell into the hands of the Swedish Field Marshal Lennart Torstensson. When he withdrew in 1645 he had it blown up in three (some sources say four) places.

Reconstruction under the Counts of Wilczek

In the 18th Century the ruins of the castle came into the possession of the Counts of Wilczek, who had amassed a large fortune through the family coalmines in Silesia. In 1874 Count Johann Nepomuk Wilczek, famous for funding polar exploration, began to gradually re-build Kreuzenstein as a show castle. While it by no means replicated the appearance of the former castle (a “Romanesque-Gothic pattern castle”), the remains of the medieval castle (especially parts of the curtain wall, trunk and parts of the east tower of the chapel) were incorporated into the design. With a little practice, the eye can distinguish the medieval building remains from the 19 Century masonry components. The re-building work began under the supervision of the architect Carl Kayser Gangolf. On his death in 1895, supervision passed to Ritter Humbert Walcher of Molthein and the artist Egon Rheinberger.

A family vault was built under the chapel where Count Johann himself has his final resting place. The entire castle was built partly from the ruins of the medieval castle and partly from a variety of original components that Wilczek gathered from all over Europe. In addition, the castle was stocked with a large collection of medieval furnishings. The work lasted 30 years – at the official re-opening on 6 June 1906 Kaiser Wilhelm II of Germany, among others, was present. In 1915 lightning caused a fire that burned part of the library wing and archives.

In 1945, during the fighting between the Wehrmacht and the Red Army, some of the rooms were badly damaged and many pieces of the collection stolen. Many of the manuscripts from the Wilczek collection are now in the Austrian National Library.

Today the castle is a popular destination from in and around Vienna as a museum. At the end of June each year a classical music Serenade was held in the castle courtyard. However, at the request of the Lord of the Castle, these will no longer be held here. On a nearby hillside is the Kreuzenstein Eagle Sanctuary where public birds-of-prey shows are held. It overlooks the Castle Inn, which has been re-designed to represent a medieval tavern.

And now, from June 2013, Burg Kreuzenstein is also the titular home of the Knighthood of Honour of the Lazarus Union.

The “bridge” to Lazarus Union

When you look at the history of Kreuzenstein Castle, it is easy to see just why it is so well suited to be the titular home of the Lazarus Union Knighthood of Honour. 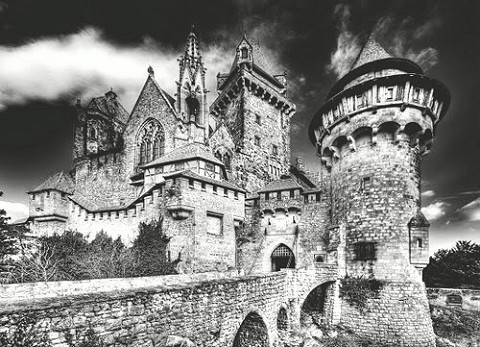 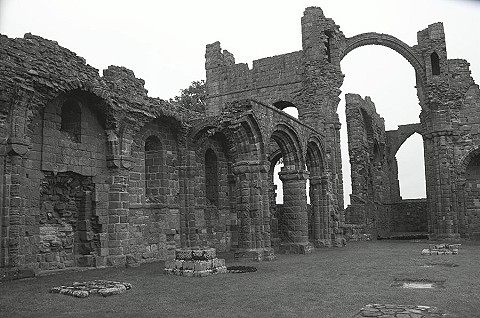 Idealists resurrected the Order of Saint Lazarus in 1937 adopting the old chivalric traditions, and family circumstances enabled the Wilczeks to begin rebuilding their castle at the end of the 19th Century, again following the old traditions.

The new style castle has a slightly different appearance to the original Kreuzenstein, although many original components were used. The “new” Order of Saint Lazarus can also attribute its “components” to Crusader roots, but in fact it is a new foundation (a new ‘castle’). The Lazarus Union is now a modern, worldwide, charitable organization working to build on the ideals of the original Order of Saint Lazarus, without itself having to be an Order (either secular or spiritual)!

Built on the remains of the old castle, these ancient parts of the castle are clearly visible, just as the Lazarus Union Knighthood of Honour cherishes the old knightly virtues, maintaining them and making them visible in modern society.

So the turbulent history of Kreuzenstein Castle and the no less eventful history of the Lazarus Union Knighthood of Honour fit together well, which is why we are so highly delighted to have just received THIS castle as our official titular home. 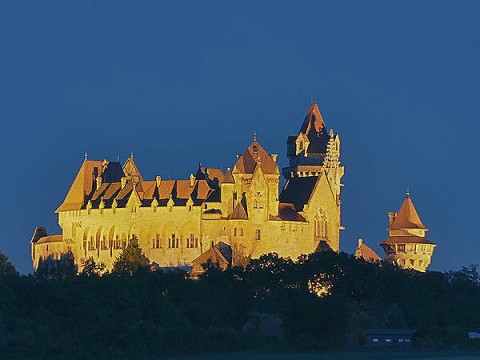 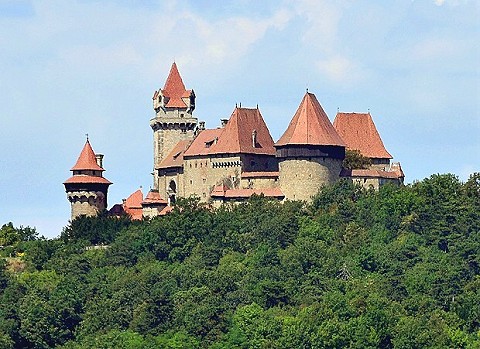 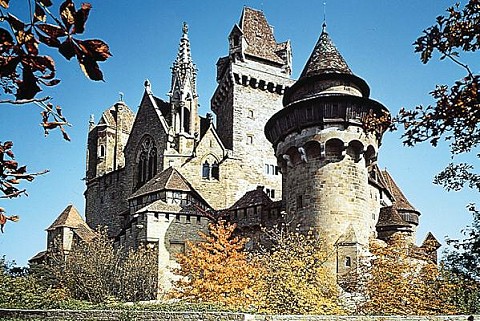 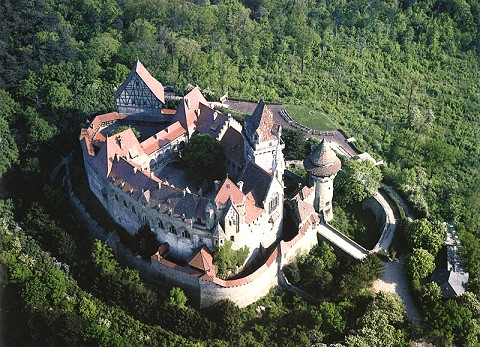 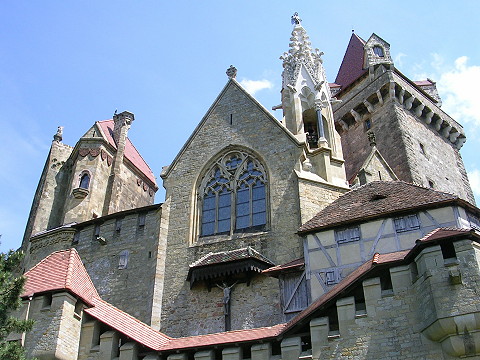 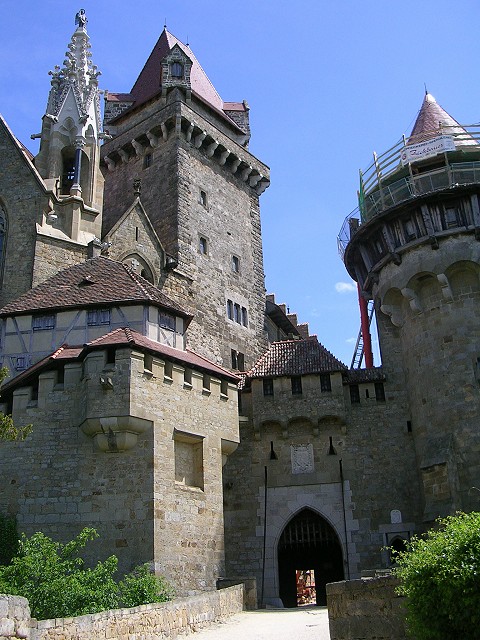 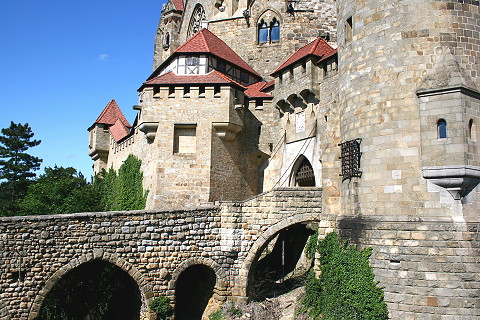 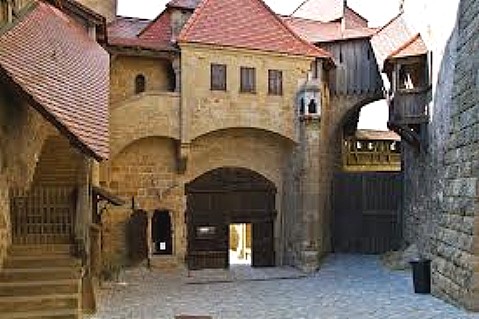 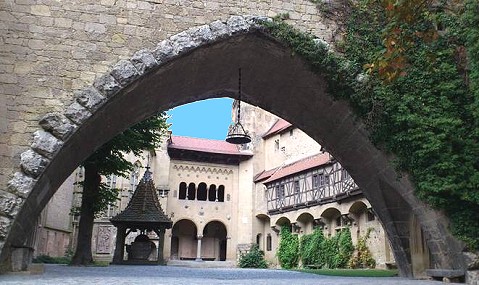 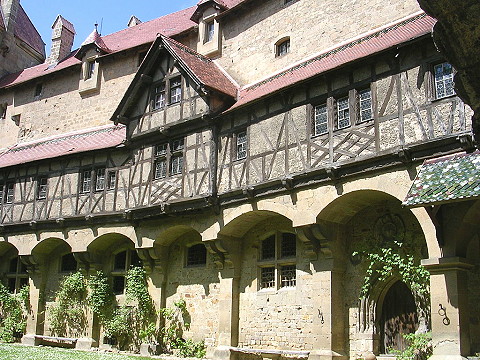 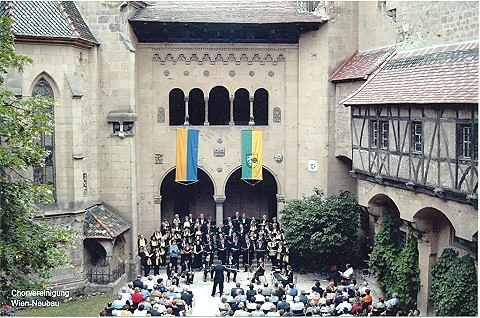 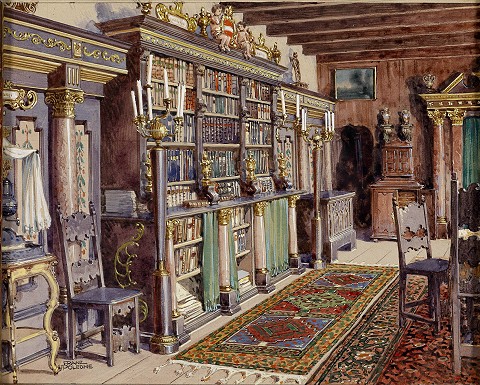 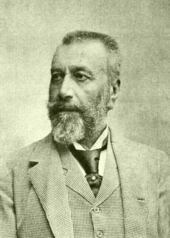 In the family chronicle of the family Wilczek are many deeds and foundations of institutions that contain some basic ideas of the Lazarus Union in analogy. So u.a. run:

Count Johann Nepomuk Wilczek (1837 – 1922), the scion of an old Polish noble family that traces its origins to the 12th Century, was one of the most important Austrian aristocrats of his era. Personally legendary for his extreme modesty and frugality, as a landowner and owner of the second largest coalmine of the Habsburg monarchy he was one of the wealthiest entrepreneurs of the Empire.

A member of the nobility he served as an influential Chamberlain, the most important honorary appointment at the Viennese court, and as a generous philanthropist he devoted a large part of his fortune to the service of promoting art, culture, science and numerous social institutions. Among his achievements that are still significant are the founding in 1881 of the Vienna Rescue Society (a precursor of today’s Vienna City Rescue and Ambulance Service), and, in the wake of the Ring Theatre fire disaster, the founding in 1882 of the “Rudolfinerhaus” (Vienna’s leading private hospital) jointly with Theodor Billroth, the Viennese pioneer of modern surgery.

In his early years he devoted himself to archaeological, art and natural history studies and in the years 1860-1870 undertook several hunting trips to Africa. As an honorary member of the Austrian Academy of Sciences, and President of the Austrian Geographical Society, Wilczek was the driving force and sponsor that brought about the first Austrian Arctic Expedition of 1872-1874, playing a major role under the direction of Carl Weyprecht and Julius Payer. At Isbjörn he personally accompanied the expedition from Spitsbergen to BarentsIsland  in the expedition’s ship, Admiral Tegetthoff, to make a large food and coal depot. Subsequently, the explorers were dramatically trapped for two long polar winters in the pack ice. Today, two of the islands discovered by that Arctic Expedition bear the great sponsor’s name.

As a personal friend and supporter of many famous artists of his time – he was a leading promoter of the Austrian monumental and historical painting of Hans Makart – Wilczek was one of the founders of the Society of Friends of Viennese Art. He also organized and financed numerous art exhibitions, and worked from 1894 to 1918 as a curator of the Museum of Military History in Vienna. In addition to his great passion for art was a great personal fondness for collecting historical weapons and armour – one of the triggers for his restoration of the ruined Kreuzenstein Castle, which is now the best-known monument to his extensive lifetime achievements.

Count Johann Nepomuk Wilczek received many honours including awards from the Academy of Sciences, from the Emperor Franz Joseph who dubbed him a Knight of the Golden Fleece, and from the city of Vienna which made him an honorary citizen. He died in Vienna in 1922 and is buried in the family vault at Kreuzenstein Castle.