Bernd Höhle handed out the donation cheque to his Majesty
23.6.2017

His Royal Highness Togbui Ngoryifa Olatidoya Kosi Cephas Bansah – King of the of Ghana Hohoe (Western Africa), King and Spiritual Head of the Ewe Folk in Ghana, Benin und Togo with more than 2 million people. More than 10 years ago Bernd Höhle (SOF Commander, Deputy Union Commander & General CSLI) has been appointed “Consultant for Sports“ of his kingdom in Ghana and his personal “Royal Trainer”.

Bernd Höhle supported several school building projects by his initiative “Martial Artists with Heart” in cooperation with the MAA-I and the child welfare organisation “International Children Help”. Together with its President Dr. Dieter Kindermann he dedicated and visited some building projects in Ghana.

Furthermore a hightech ambulance car and many relief goods were solemnly handed out during the last visit in Ghana.

To the repeated time Bernd Höhle could generate donations for Ghana by his sport events and could hand out personally the donation cheque. 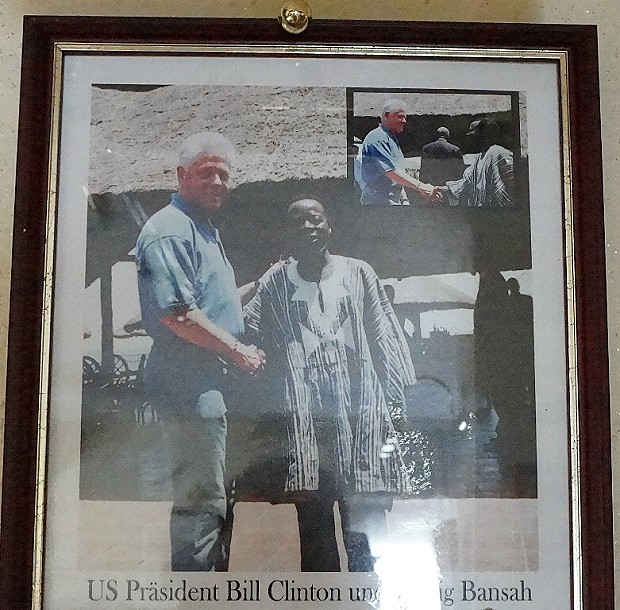 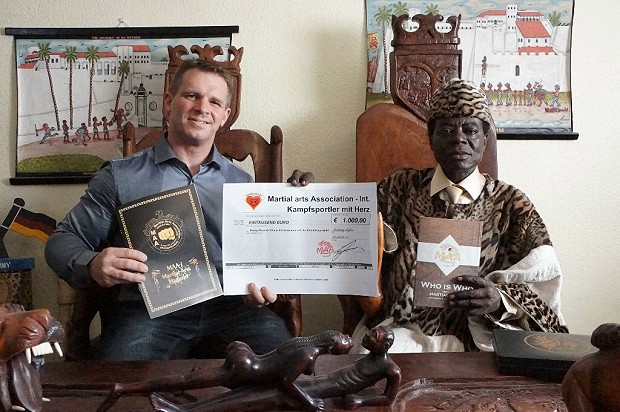 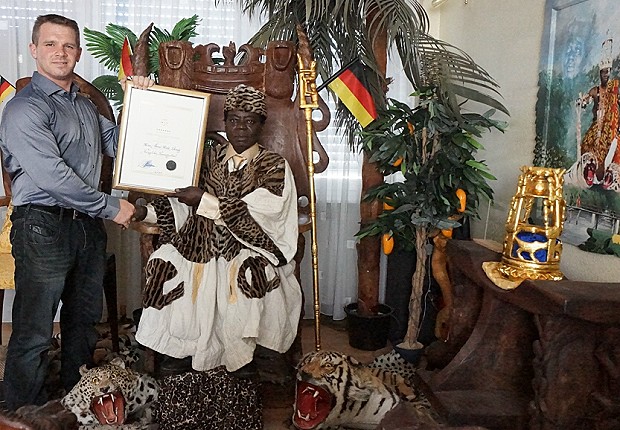