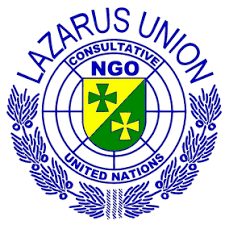 Lazarus Union repeatedly warns against people, groups and companies, who abuse the name and the worldwide reputation of the Lazarus Union!

By misusing symbols and designations of the Lazarus Union – or by using deceptively similar imitations – these individuals and groups try to feign an impression of supposed seriousness and legitimacy and a connection with the Lazarus Union! Caution – the true intentions of such imitations, on the other hand, serve highly questionable interests, which always remain hidden and only come to the public by chance. Unfortunately, as we have painfully observed in the past, our absolute political neutrality has been abused.

These plagiarizing persons and groups are often in no way connected to the Lazarus Union, which has as an NGO a General Consultative Status to the United Nations in New York, Geneva and Vienna, and falsely pretend to be a “group member”. This also includes web addresses of the Lazarus Union with additions such as “.cn”

In favour of the Lazarus Union, the name, the abbreviation and the signs, symbols, insignia, devotionals, coats of arms, etc. used in the Lazarus Union enjoy international copyright protection.

The Board of the Lazarus Union has become aware that CSLI Indonesia has issued its own decrees for membership as “Extraordinary Members” and has issued its own ID cards. Both membership decrees and ID cards are issued exclusively by the Board or the Administration Team. It should therefore be noted that all illegal decrees issued in Indonesia for membership as “Extraordniary Members” and all ID-cards issued in Indonesia cease to apply with immediate effect!

The web page www.csli-indonesia.uapcu.org is not approved by the Lazarus Union.

The responsible commander has been dismissed dishonorable with immediate effect. 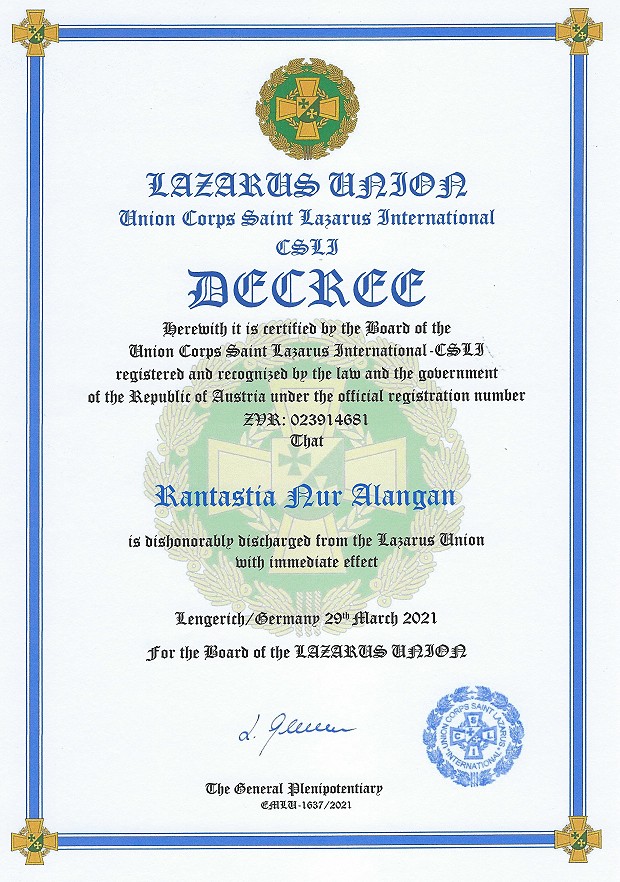 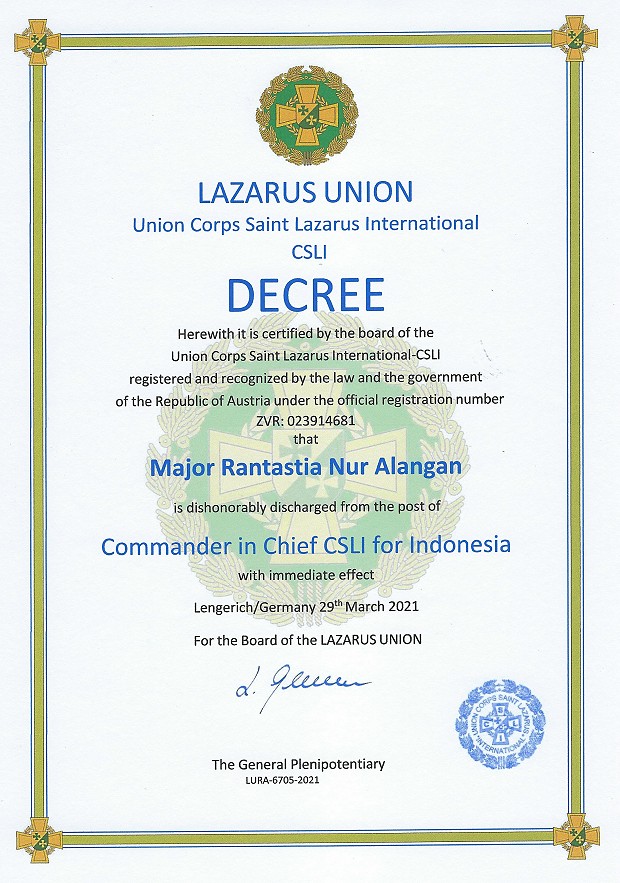 Samples of the invalid illegal documents: 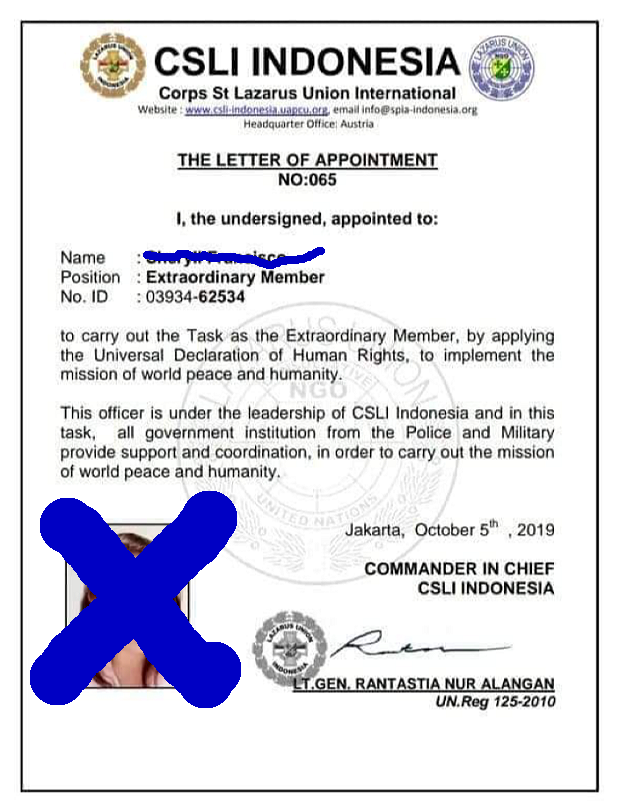 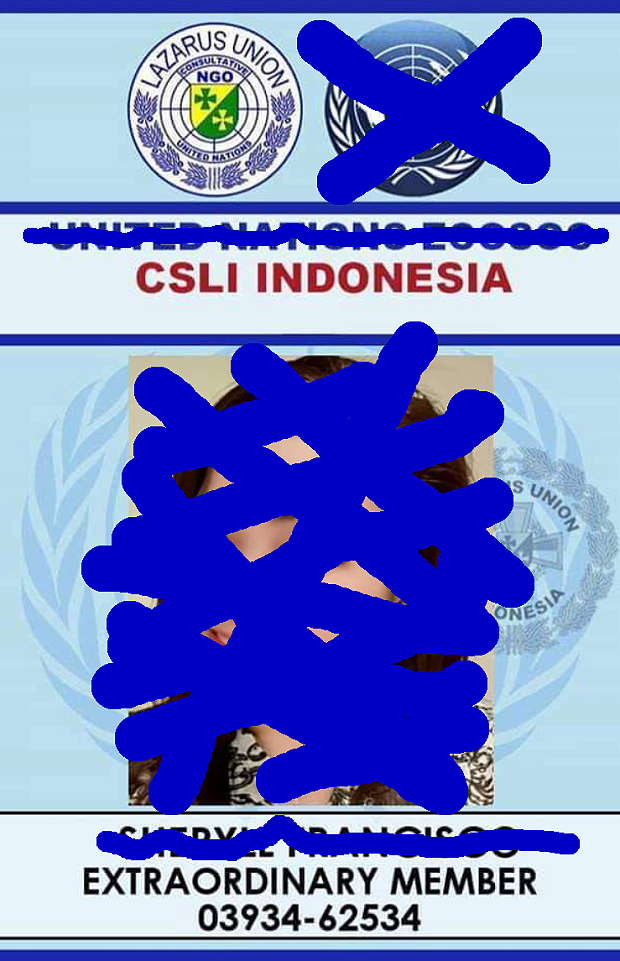 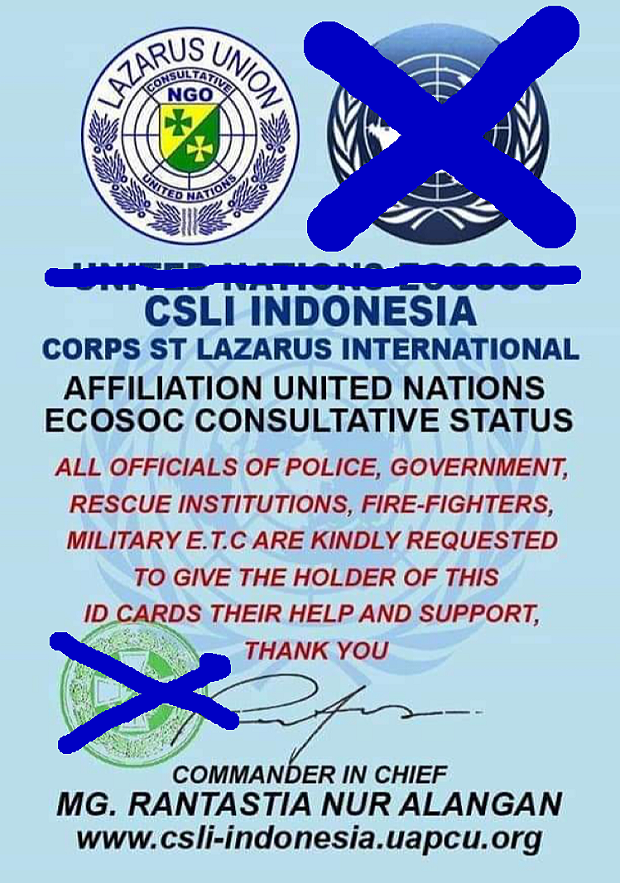