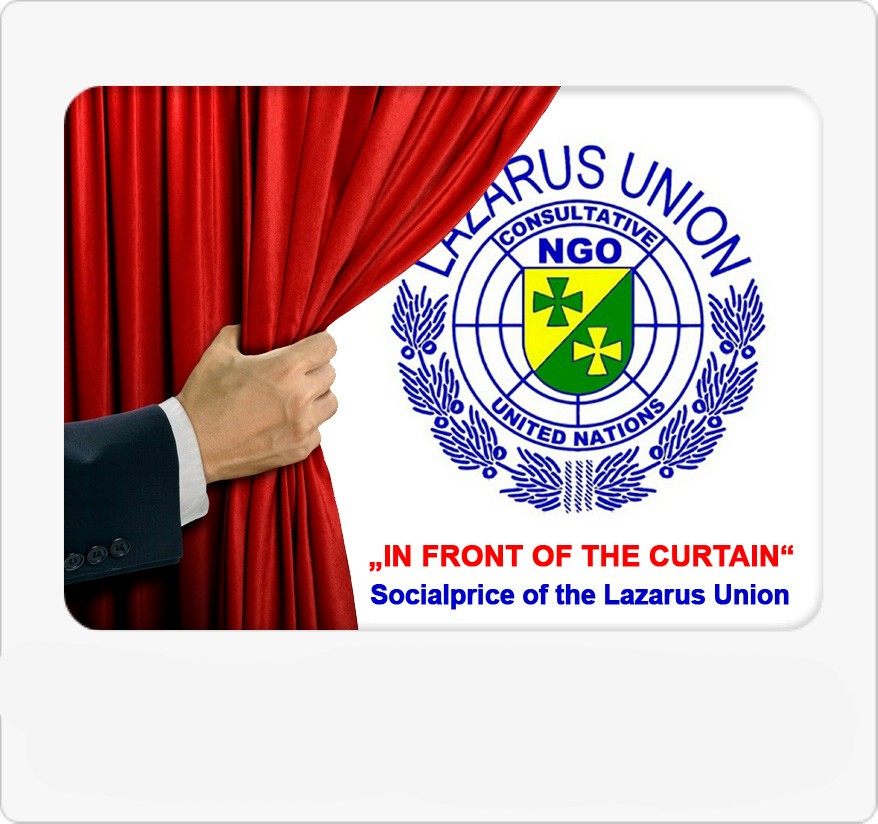 In front of the Curtain

The Lazarus Union uses this motto to present companies, unions/NGO´s that are involved in humanitarian activities and are not part of the Lazarus Union, to not only present their activities to a larger audience but also say “thank you” in public. Very special activities shall be presented in the course of a “LAZARUS UNION HUMANITARIAN GALA” in an appropriate surrounding. First time we shall award These Prices in our jubilee year 2020.

Additionally, an appreciation award will be awarded in an international category to one company, union/NGO, individual, and youth (individual resp. group) each.

The jury may, on it’s own discretion, also annually award one “St. Lazare Lifetime Award”.

Anybody who knows such humanitarian and peace-supporting projects may submit these with the Lazarus Union (using a specially provided application form). Selected submitted projects will be presented on our web site under the heading “stage call”.

The amount of the awards depends on the profits from our “Medal of Blessing”, “Nomination Medal”, and “Lazarus Medal”. A total endowment of EUR 5,000.- is envisaged.

All socially minded persons, unions/NGOs, companies, etc. are cordially called upon and invited to support this new Lazarus Union initiative by purchasing the mentioned insignia (as a visible and wearable thank you).

We would like to point out that the Lazarus Union has neither registration fees nor membership fees and all “administrative costs” are less than 2.5%. This means that 97% of our entire budget goes into our projects. All Lazarus Union members are volunteers and in accordance with our statutes receive neither compensation nor expenses reimbursements! 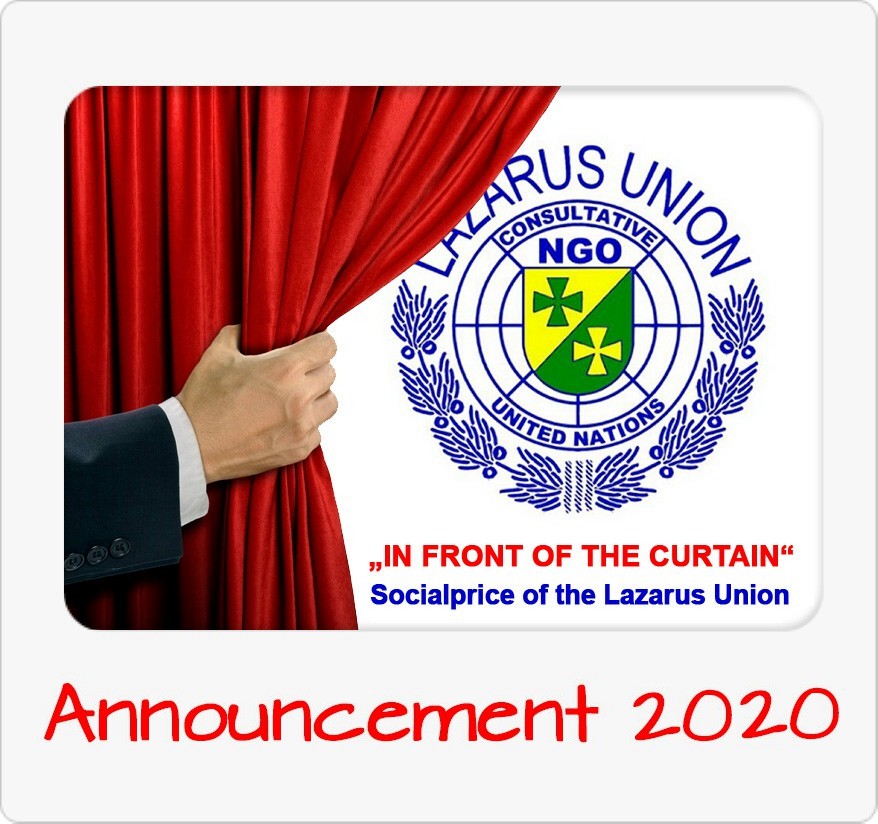 With its humanitarian award the Lazarus Union recognizes institutions, unions, organisations, private and public enterprises, teams, or individuals who accomplish or have accomplished outstanding humanitarian achievements.

FORM OF THE AWARD

The humanitarian award shall be awarded exemplarily as enterprise award, innovation award, voluntary service award, or as a general appreciation.

The humanitarian award as enterprise award emphasizes enterprises caring exemplarily about integration, education, jobs and job security for people with special needs, either for social or health reasons. Not eligible for an award are companies whose sole purpose is to promote or integrate humans restricted in their performance for physical, psychical, or mental reasons or because of social reasons.

The humanitarian award as innovation award emphasizes trendsetting projects of institutions, unions, organisations, enterprises, groups, or individuals providing a contribution to solving social or humanitarian problems. Key is the innovative character of the project.

The humanitarian award as voluntary service award emphasizes voluntary honorary accomplishments in humanitarian fields and by such wants to foster the reputation and significance of voluntary work in society.

The humanitarian award as reward for long-time successful humanitarian work is awarded based on the jury’s discretion.

The humanitarian award is endowed with ca. EUR 5,000.– in total and will be awarded annually. It can be split and reduced.

For further accomplishments, additional awards can be assigned with no fixed endowment.

Announcement will be via the Lazarus Union web page and is directed towards humanitarian institutions, enterprises, and interested circles. An announcement will also be done via press information, the internet, and, if need be, via newspaper advertisements. Annual deadline is June 30th for the actual year.

Institutions, unions, organisations, enterprises, teams, and individuals can apply for themselves, can be suggested by third parties or the jury or can be named by the directorate.

Recommendations have to be directed to the directorate in writing and have to substantiate their claim.

They must contain at least:

The Lazarus Union directorate names a jury for its term of office. The jury constitutes itself, works out the basis for its decision at its own discretion and suggests the winner to the directorate.

For the Lazarus Union

The directorate or the Lazarus Union Chief Representative name the award winner. They are not bound to the suggestion of the jury. This decision is final.

No correspondence will be entered into.

There is no legal recourse.

The humanitarian award will in general be presented in the second week in September of the actual year during the “Stage Call” event or with regard to the relative award in the course of another existing event.

The award money and the event costs will be financed from the profits of the Lazarus Union web shop.

Payment terms will be regulated in a directorate resolution for the awarding.

Appointed to the European Senate