A high honor for the Lazarus Union! 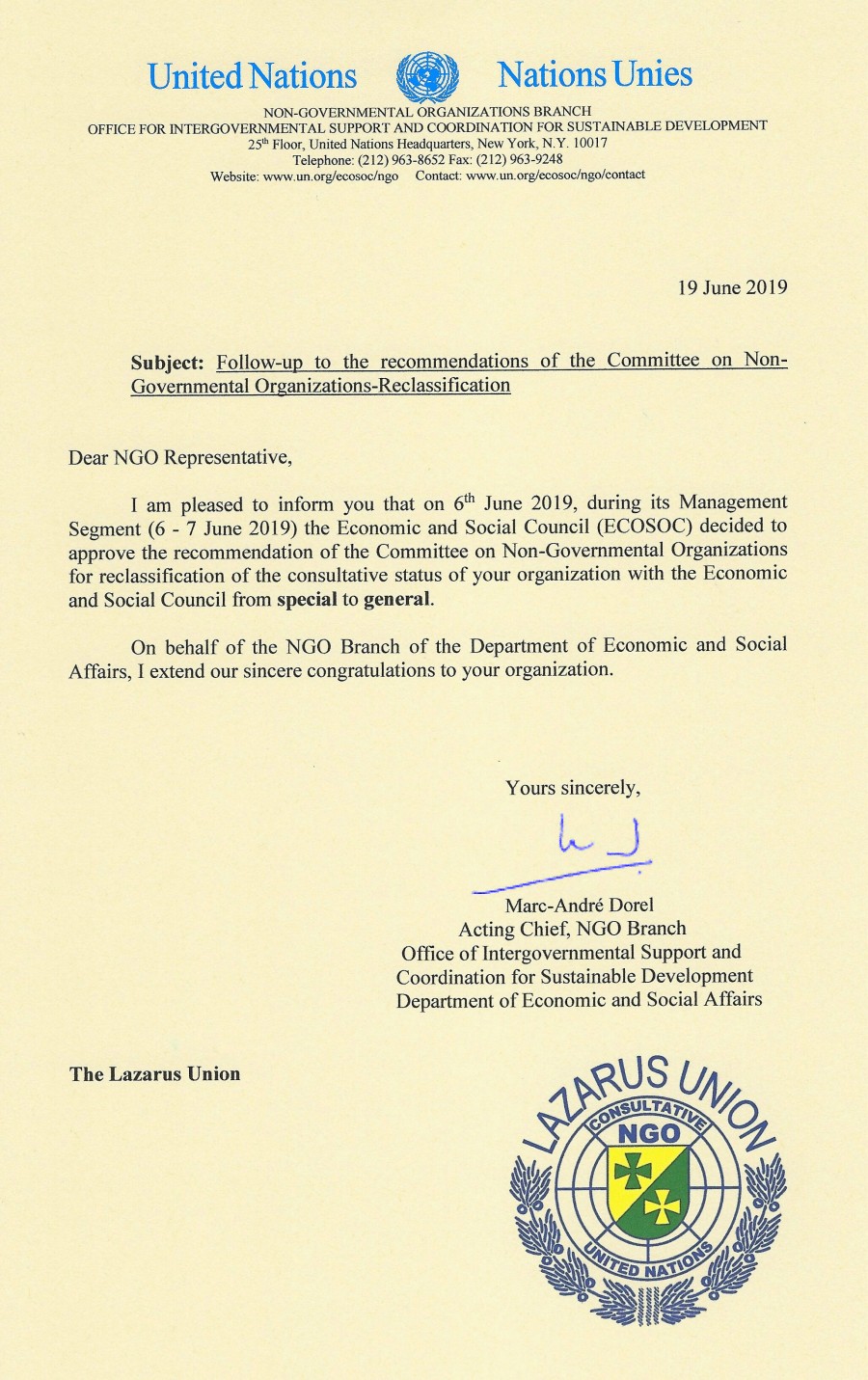 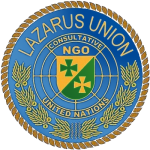 The LAZARUS UNION as a registered and accredited NGO (Non Governmental Organization, Reg.no. (=Profile Code) 632158) is proud to now announce officially that the LAZARUS UNION has been awarded “SPECIAL CONSULTATIVE STATUS” with the United Nations ECOSOC (Economic and Social Council). A big honour and distinction for the LAZARUS UNION but also for all the members who have made this success possible. We celebrate this granting with a new project.

The Board of the LAZARUS UNION

LINK to the homepage of the United Nations