A report by Alexander Virgili 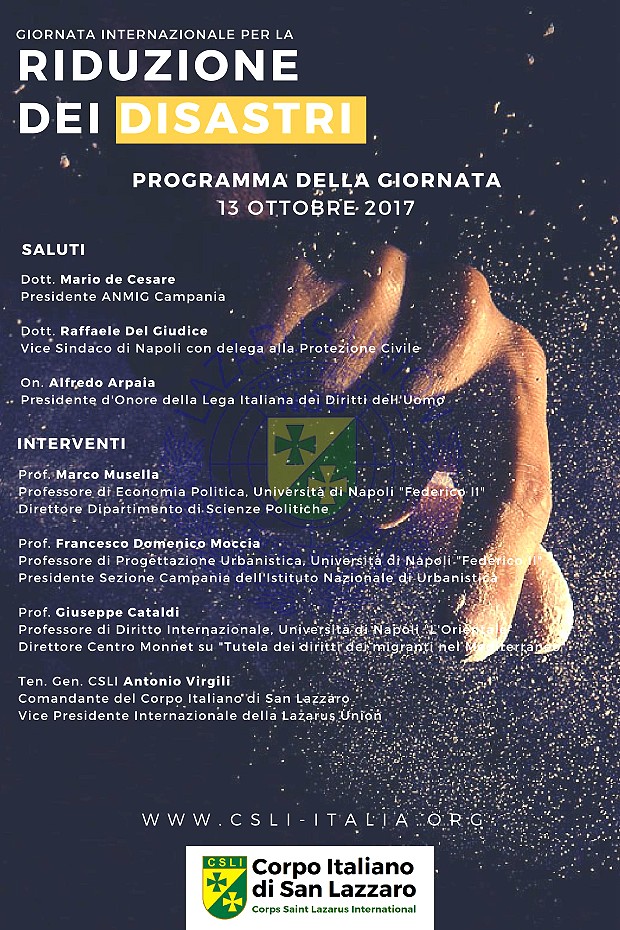 For the second year in a row, the CSLI Italia has organized the International Day for Disaster Risk Reduction in Naples, aiming to inform the citizens on the risks caused by disasters.   The institution of this International Day was established by the United Nations (resolution A/RES/64/200).

This year speakers were: Lt. Gen. CSLI Antonio Virgili, CIC of CSLI Italia, Raffaele Del Giudice, Deputy Mayor of Naples, Marco Musella, University Professor of Economics and Giuseppe Cataldi, University Professor of International Relations. CSLI members, citizens and members of the civil protection of the City of Naples were among the participants to the convention. A representative of the Guardia di Finanza (Financial Police) was at the meeting. 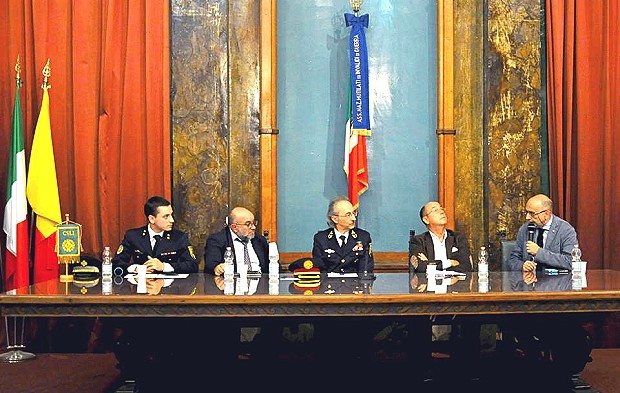 The main focus of the meeting was about the economical losses caused by disasters and environmental refugees. The links among disasters, economics and international events was particularly appreciated.

It was agreed to organize a specific further meeting to examine more in depth the economic aspects of disasters and how much prevention could reduce costs and economic losses.

The national, local and specialized institutions did provide an important support to the convention, hoping for another meeting next year that will probably be held in Rome. 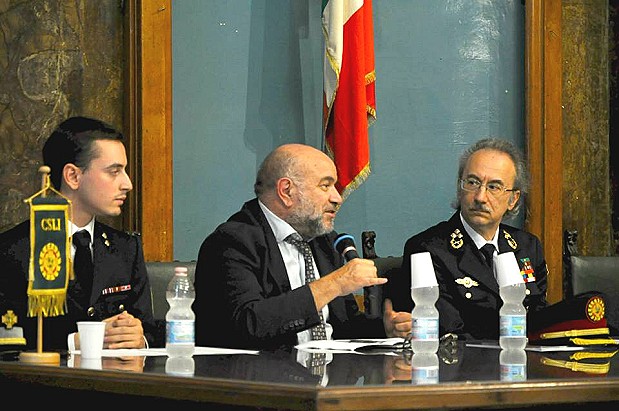