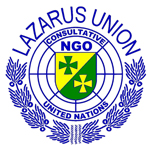 How to become a CSLI member?

As stated in the Declaration of Intention of the CSLI, all people are welcome who can identify with the ideals of St. Lazarus and want work in and for the CSLI.

The CSLI strictly emphasizes on the voluntariness of every kind of contribution in the CSLI. In other words, NOBODY will be forced to do anything in the CSLI that is not his/her own VOLUNTARILY will. Any kind of help or activity is welcome. This may be an ACTIVE membership as well as a purely material support. The CSLI only expects from its members that the assigned responsibilities have to be executed to the best of one’s knowledge, as long as these are not officially handed over again. This means that anybody may apply for any function or task in the CSLI (see the organigram of the CSLI); certainly anyone may also qualify for the highest positions in the executive committee!

Unlike e.g. in communities such as some organisations the Order of Lazarus – without wanting to generalize – where criticism of the leadership is not only absolutely impossible, but also the “consultation” of a member is equalised with an “extraordinary privilege” (on which the member has no title), the CSLI does not only fully tolerate, but also actively desires and asks for dialogue and constructive criticism! Everyone has the right to express him/herself and each member has the right to be heard. All decisions are made according to democratic principles.

The statutes of the CSLI are no “secret” and you can find the statutes on the website under “Statuten”. In the download section you will find the relevant application forms for membership in the CSLI.

Adolescent people, from the age of 12 to 18 years, can get a “CSLI youth member”, if their parents or legal guardian(s) agree. (The corresponding form can be found in the download area.)

We ask you to fill out the appropriate form and to send it to the specified address by snail mail or via email. The application will be initially checked and tested by the different  involved commands and departments (Google, Facebook, Twitter, references, etc.) and then forwarded to the local national commander. The local national commander delivers his opinion, or his recommendation and he also suggested the rank of the new member in the few of his future tasks in the CSLI. If no ranking recommendation is given, the entry rank is “Private CSLI” (Helper CSLI). The awarded first rank must be retained for six months before another rank can be given.

The confirmation of the membership (decree) will be sent back to you upon approval of the board. The last decision about the CSLI rank is made by the Union Commander in Chief.

The CSLI is looking forward to YOUR application for membership in the CSLI!