If “Rank and Files” and NCO’s are wearing a “Double row Navy dress”, they have to use the rank signs on the left arm fixed under the “CSLI Navy Corps Arm” in the kind of the loop signs. (Click HERE)

As a uniform of the naval group, a dark blue double-breasted suit with 6 or 8 buttons at the front (uniform for each sub-organization) is used. For more information for the uniform combination see item “Uniform Guidelines” on our homepage.

The CSLI Navy Corps rank structure must also be adhered to according to strict rules. There are several options for a rank within the Navy Corps. Already awarded ranks will remain. 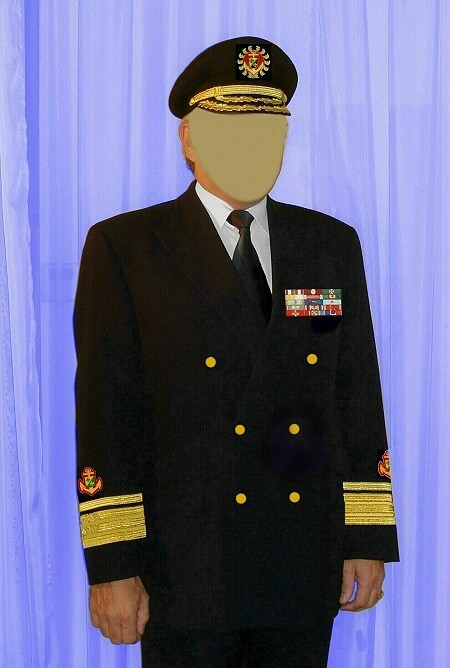