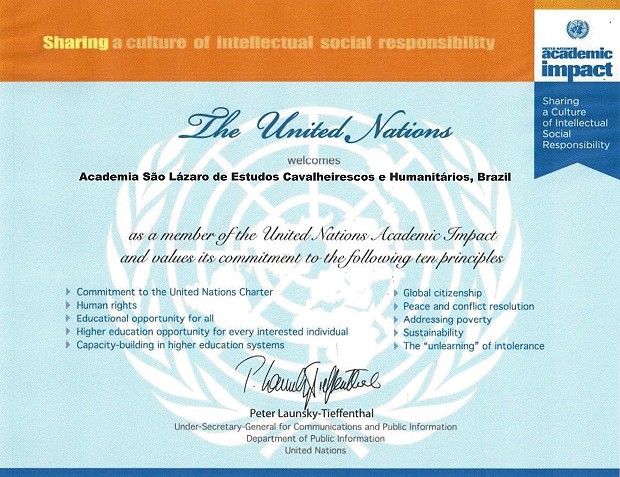 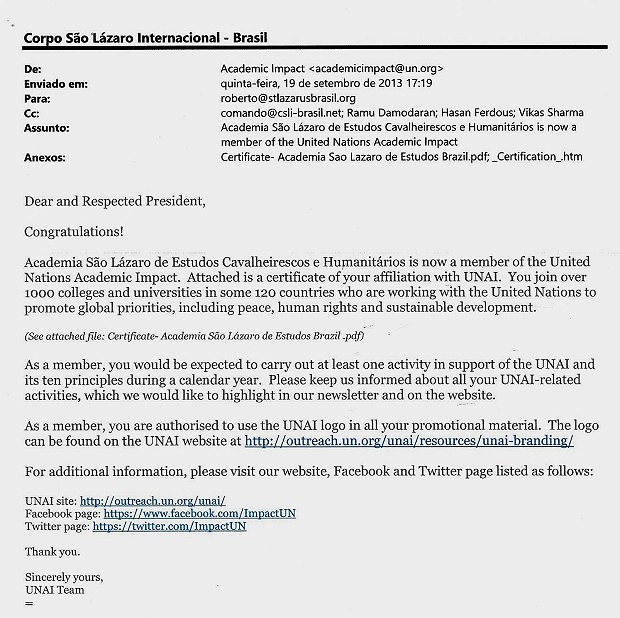 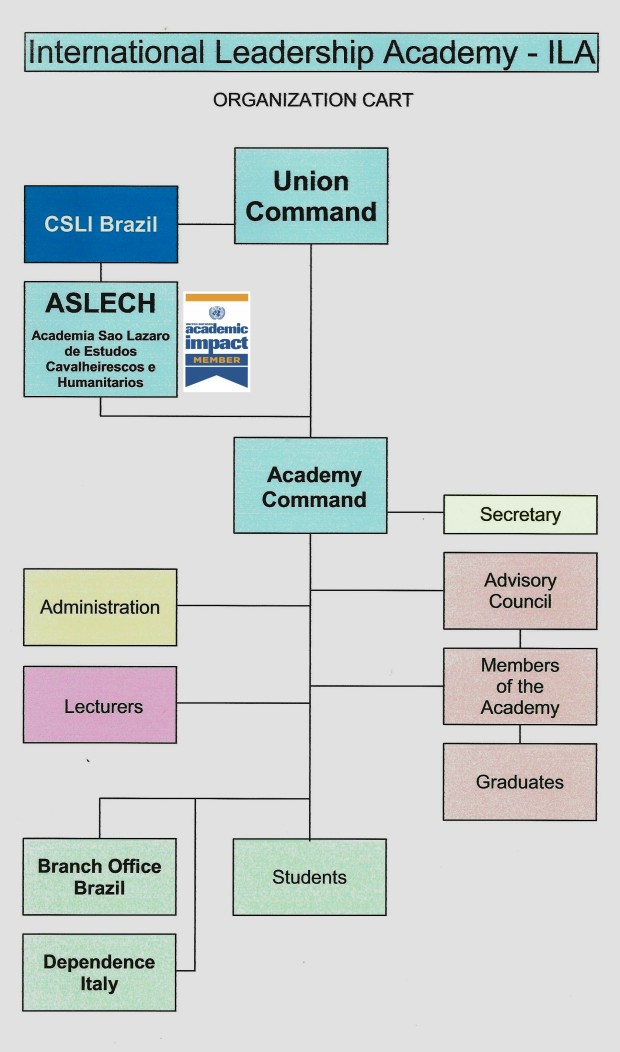 To standardise the internal instruction for staff officers the “LAZARUS UNION Leadership Academy“ was founded effect 1. December 2015. Task of this academy is to convey standardised “knowledge modules“ regarding the LAZARUS UNION to officers and high-ranking NCOs. It is not an academic study and do not have academic grades!

Our biggest group member, the CSLI Brazil, with its “Academia São Lázaro de Estudos Cavalheirescos e Humanitários (ASLECH)” is an accredited full member of UNAI (United Nation Academic Impact) and we have therefore agreed that our leadership academy within the LAZARUS UNION acts here in Austria as a branch. While the Leadership Academy is an independent unit, but under the umbrella of the CSLI Brazil respective of its ASLECH. So we can avoid for ourselves a long-standing certification process. 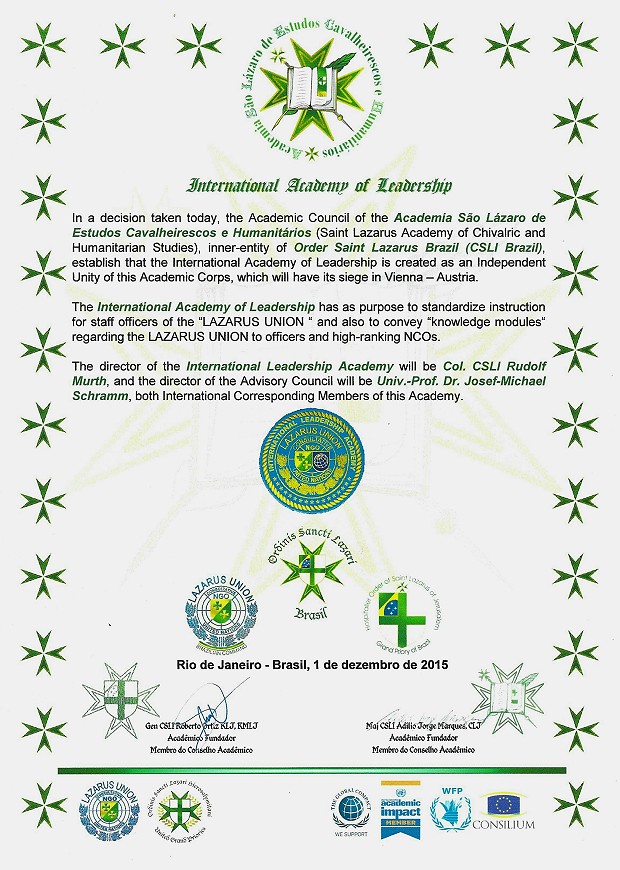 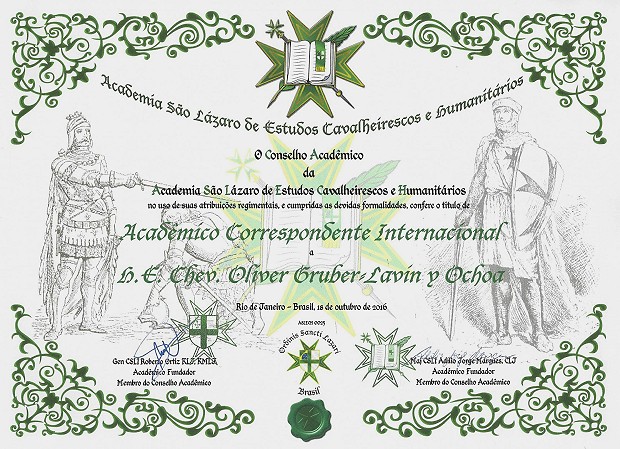 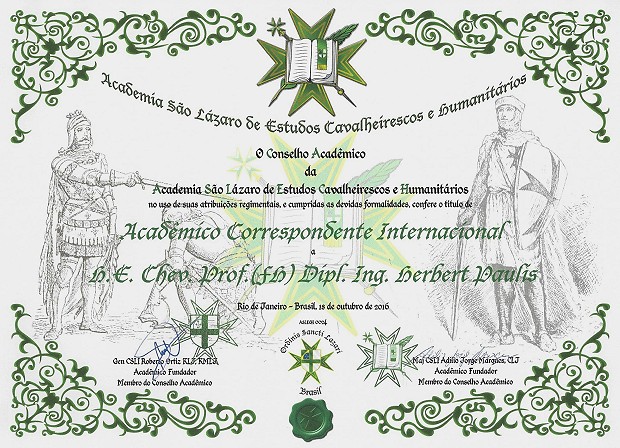 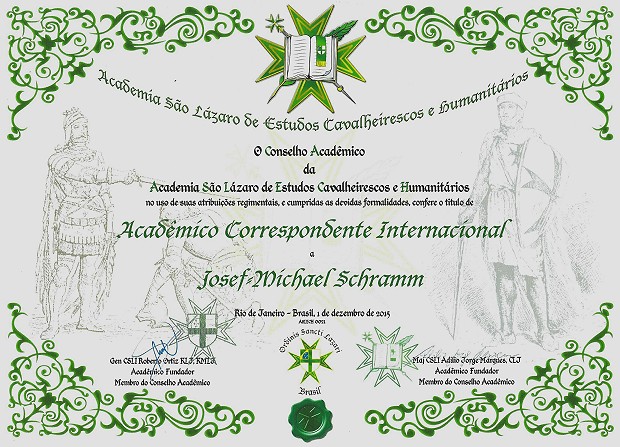 These courses are offered worldwide in German and English in the kind of a “self-study” with five “pre-modules” (multiple choice with 20-25 questions per test) and a “final exam” with 80 questions, whereby 75% must be answered correctly for each test.
LINK

Of course participation in such seminars is voluntary (like everything in the LAZARUS UNION) but future staff officers (and knights of honour) shall consider this a privilege, not a duty.

At least 90% of our knowledge of these modules can be found on our homepage.

Presently the Academy is under the command of the Secretary General Office.

The members of the “Advisory Council of the Academy” are:

Insignias of the Academy: 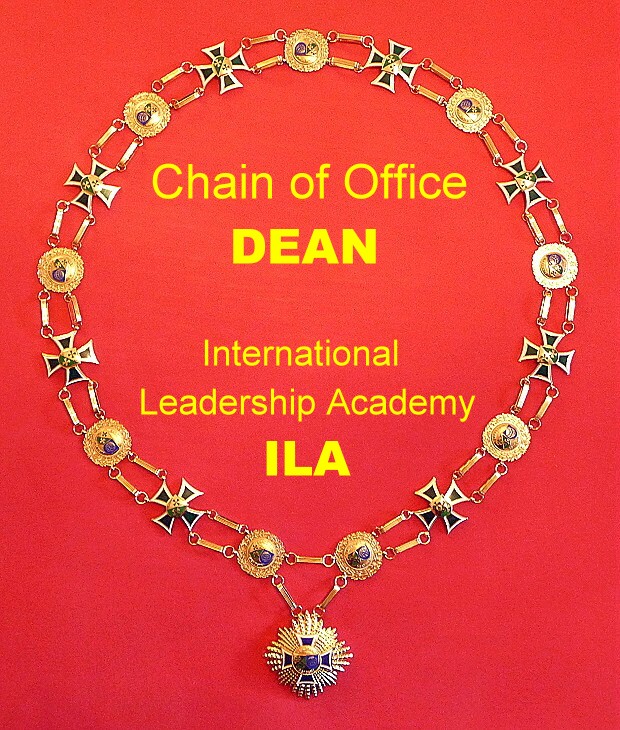 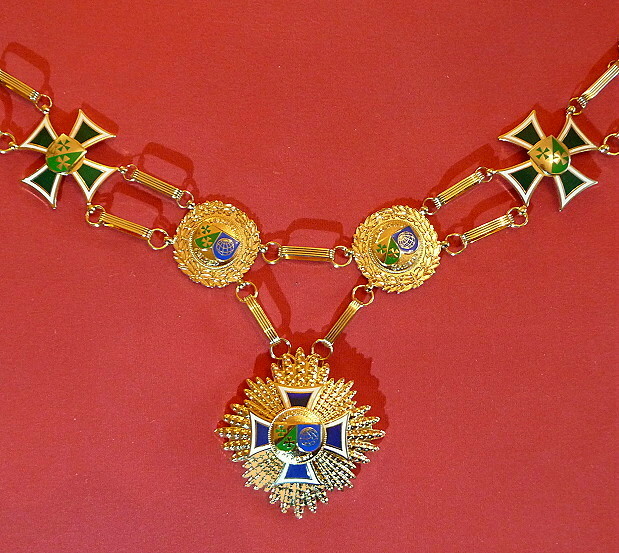 Change of Command of CSLI USA