Science, research, and arts constitute are very important achievements of mankind. Without those three fields we all would be doomed respectively lose important perspectives. By donating the “Union‘s Lazarus Cross for science, research and arts“ the LAZARUS UNION wants to set a mark. 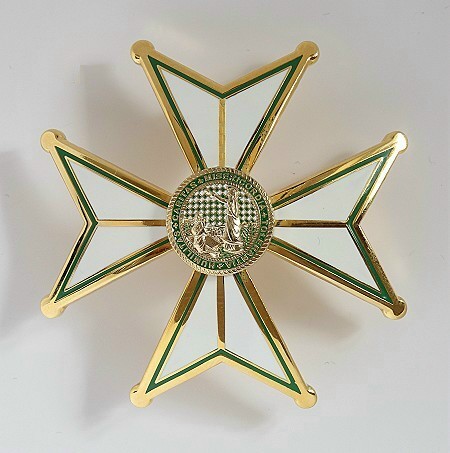 Anyone who has notice of a person‘s scientific or artistic outstanding achievements is entitled to file an application directed to the board of management of the Lazarus Union that these persons shall be awarded (click HERE for an application form).

Such application will be examined by a board and in case of a positive decision the respective level of the award will be decided on.

“Lazarus Crosses for science, research and arts“ awarded this way will normaly and mostly be awarded at no charges. This implies that also all insignia cost contributions will be mostly waived.

This elaborate and affectionately designed insignia consists of a cross with a layered middle medallion.

The cross is a double edged slightly flattened Maltese cross with eight points, separated in the middle, with a 60mm diameter and a 15mm golden circle in the centre.

At the eight tips are eight golden hemispheres. The white framing of the green cross (green as the colour of hope) between the wider outer and narrower inner edge is kept in green.

The middle medallion 15mm in diameter fits in with the middle circle of the cross. It has a subtle doubly structured edge in between which the LAZARUS UNION principles in Latin are arranged with a green background: “TOLERANTIA + HUMILITAS + CARITAS + MISERICORDIA.“ In a region of about 1cm² the Christ raising of Lazarus is depicted. This wonderful artistically engraved three-dimensional colourfully enriched illustration is the “eye-catcher“ of this insignia.

The cross and the middle medallion are carried out convex and such are suggestive of special elegance and three-dimensionality. 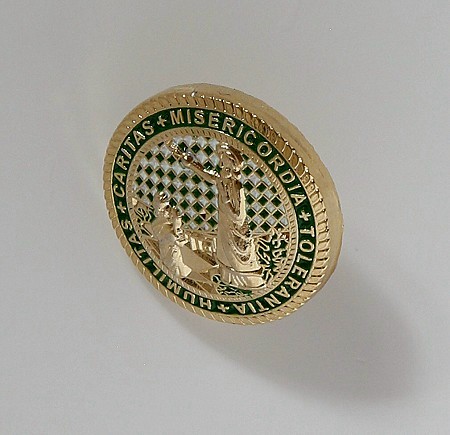 The distinction is awarded in four levels:

The pectoral crosses are worn on the left side. 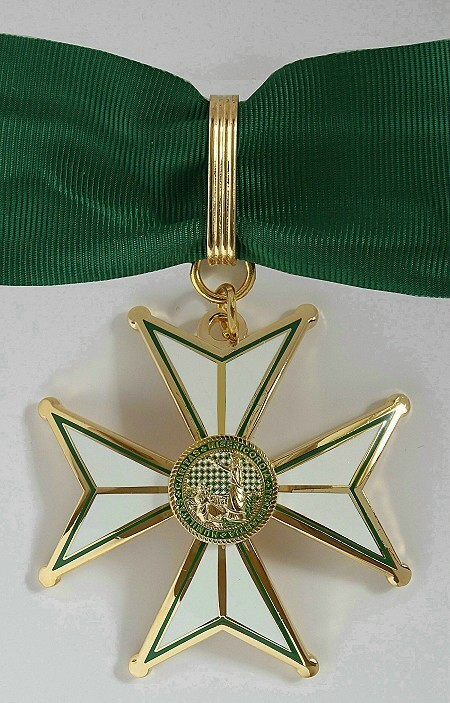 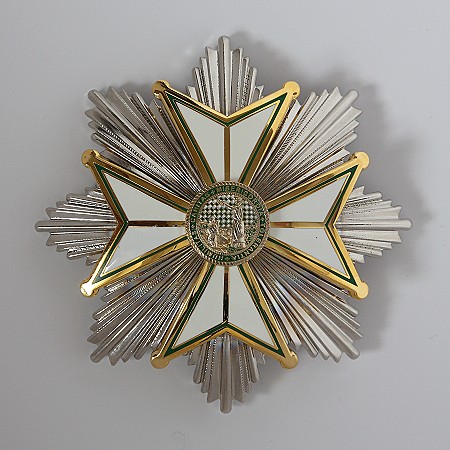 But it is GENERAL the rule for all given decorations, awards and insignias in honor of the awardees, that award winners may be neither sold nor given away them to third parties in their lifetime!

Peace Cross of the founder of the Lazarus Union