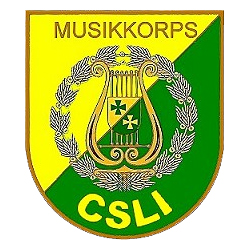 Friedrich Lentner, the 2nd in a family of musicians, was born inVienna on the 17th October 1963. At the age of 7 he began to learn the piano and the violin, but at 14 stopped playing the violin and began instead to learn the trombone with Prof. Georg Ruehl. After lower school he opted for the popular Vienna state secondary school for students of music.

He continued his concert trombone studies at the at the Vienna Conservatory with Prof. Horst Kübelböck and Prof. Mosheimer. During this time he played engagements at the City Theatre, Baden; at the Spa Orchestra, Baden; at the Raimund Theatre; at the National Theater and at the Mörbisch Operetta Festival. In 1983 he graduated from the Music High School and immediately secured an engagement as first Trombone at the Raimund Theater.

In autumn 1984, due to the takeover of the Raimund Theater by the Vienna United Stages, the entire ensemble was dismissed and new tenders were prepared. Friedrich used this occasion to complete his military service. He served with the band of the Vienna Guards, where he performed as a trombonist and bass flugelhorn player.

After 14 months his service in the Guards Band ended and he began studying for the civil service examination for police officers. In 1987 he joined the Vienna Police Band and continued his studies at the Conservatory. In 1989 he graduated with the National Diploma and in the autumn of that year got a job with the Music Schools of the Municipality of Vienna.

For 14 years he leaded the Hagenbrunn local band in Vienna very successfully. In April 2002 he took over directing the Imperial Vienna Regimental Band, Infantry Regiment No. 4, from a highly respected musical colleague who had sadly died suddenly, till March 2013. Beginning April 201, he is full responsible for the CSLI Music Corps worldwide.

Friedrich is currently still with the Vienna Police Band as 1st tenor and trombone, as well as teaching the trombone at music schools in Vienna. He devotes his free time entirely to music, appearing in various big bands, string orchestras and brass ensembles. For 10 years he has led his own big band (see www.sinatra.at) with which he travels widely, at home and abroad.

In his pursuit of learning he has attended the Conservatory of Vienna for the Conducting Brass Music course, under the direction of conductor Thomas Doss, and taken various workshops.

Friedrich is a long-time member of the Board of the Vienna Brass Band Association, and has been awarded their Golden Badge of Honour. Since 2004 he has also been on the Board of the German Federal Championship as a consultant responsible for military music. In December 2010 he became Board Representative for the music sector in the Lazarus Union (Union St. Lazarus Corps International).

These days, because of his classical training and experience of Viennese music in various theaters, he is keen to use the traditional public orchestra to make the works of  the old Austrian composers better known. 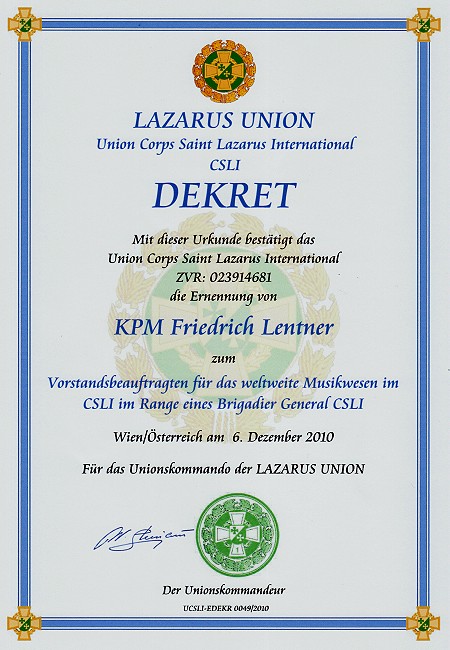