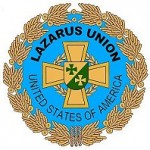 This wish has been met with great regret and the LAZARUS UNION records its thanks and appreciation for all the services he has rendered. However, William Bryk remains a Grand Prefect of the Knighthood of Honour for the USA with all rights and obligations (see Decree).

The LAZARUS UNION sends its best wishes for good luck to accompany the new Commander. All comrades are requested to support Javier with their best efforts and to give him their loyalty as defined in the LAZARUS UNION Officers Pledge. 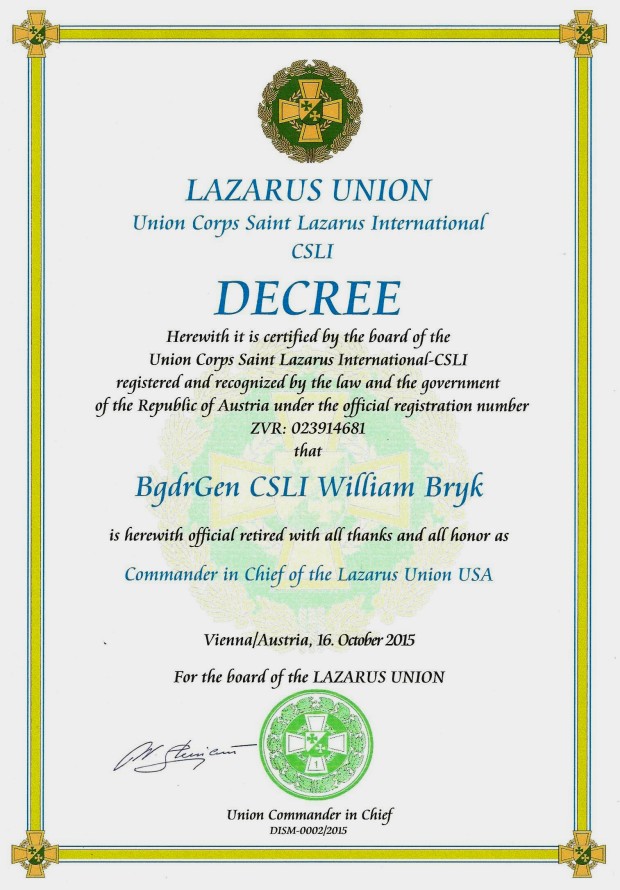 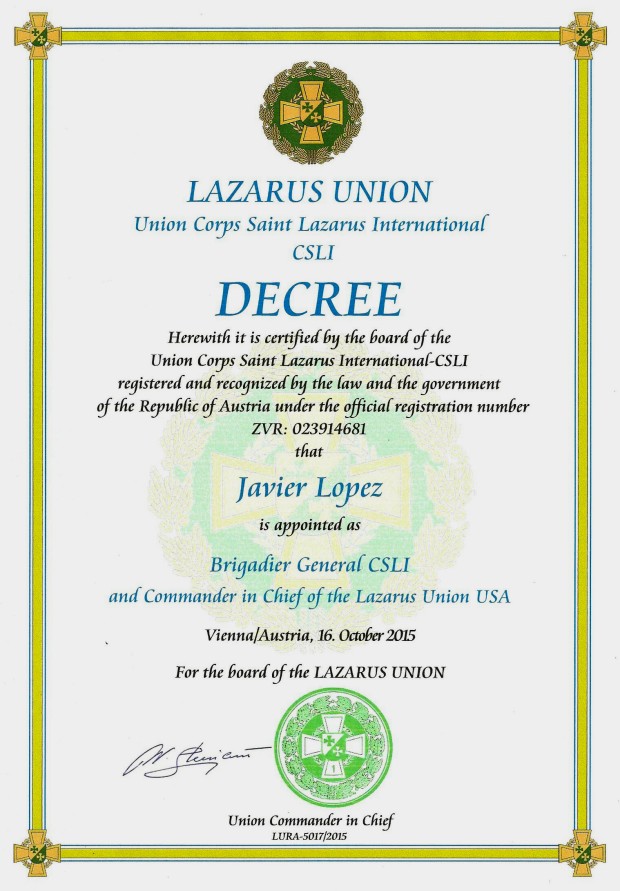