Gala event of the police in Vienna 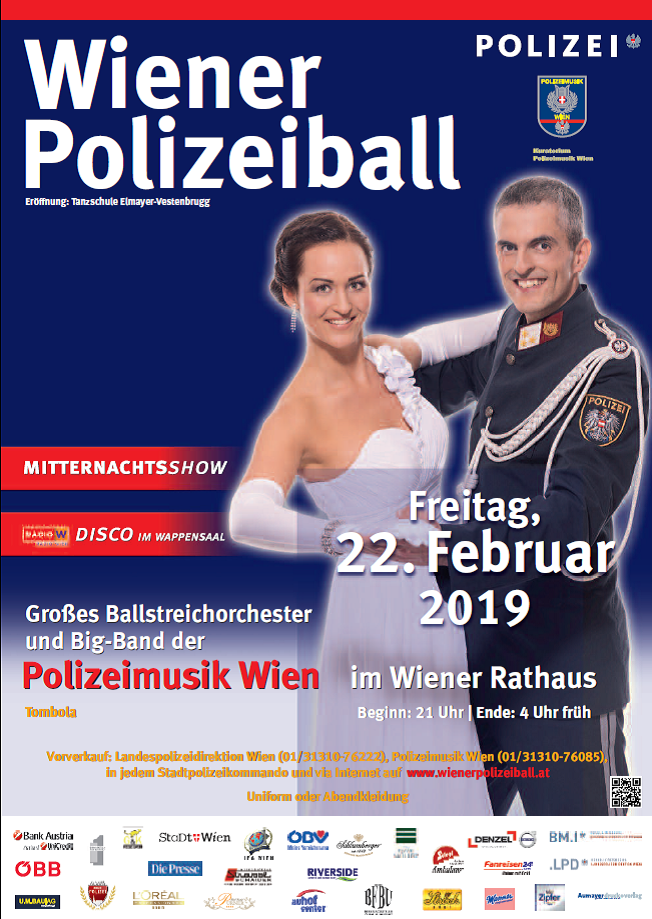 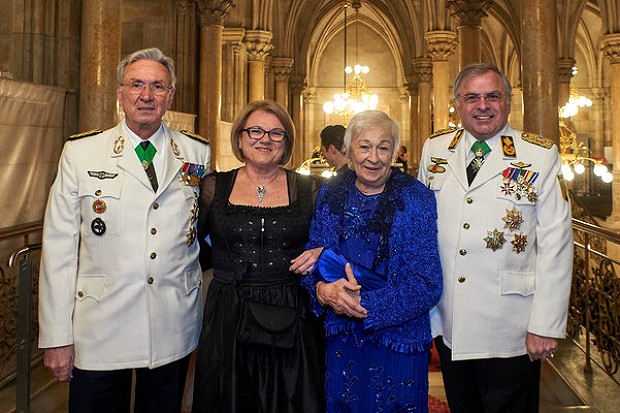 A delegation of the Lazarus Union led by our President Prof. Senator Wolfgang Steinhardt visited the gala event of the police in Vienna that took place at the town hall of Vienna in the most beautiful ballroom of Vienna. This event was organised by the „Kuratorium der Freunde der Polizeimusik Wien“. Many musicians of the Police Orchestra of Vienna are also part of the Music Corps of the Lazarus Union. 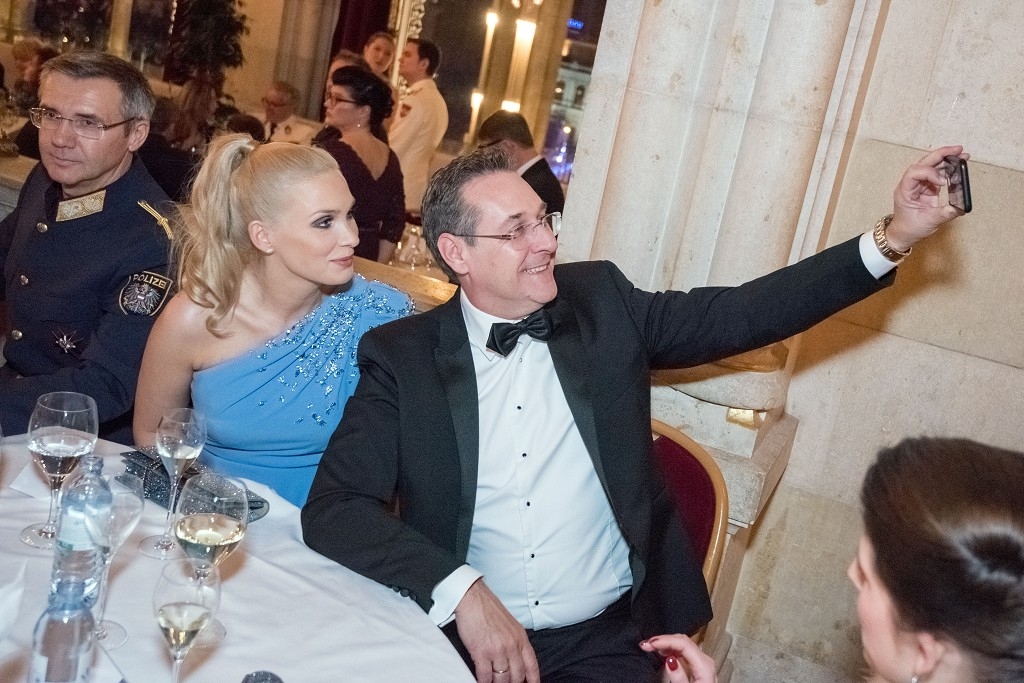 The honorable guests were: Vice Chancellor Strache, Minister for Home Affairs Kickl who also hold the ceremonial address and his General Secretary Goldgruber. Furthermore the Chancellery Minister Blüml, State Secretary Edtstadler, Mayor Ludwig who openend the event, Vice Mayor Gudenus, the Chief of the Police Pürstl, Police General Mahrer and many more persons from the world of politics and the executive sector. 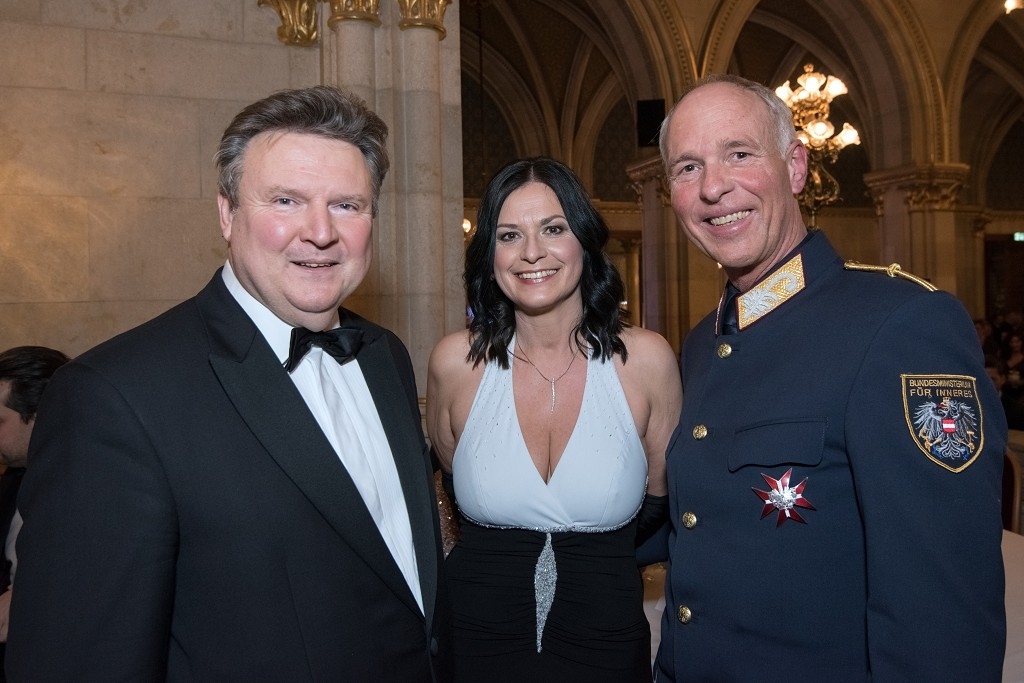 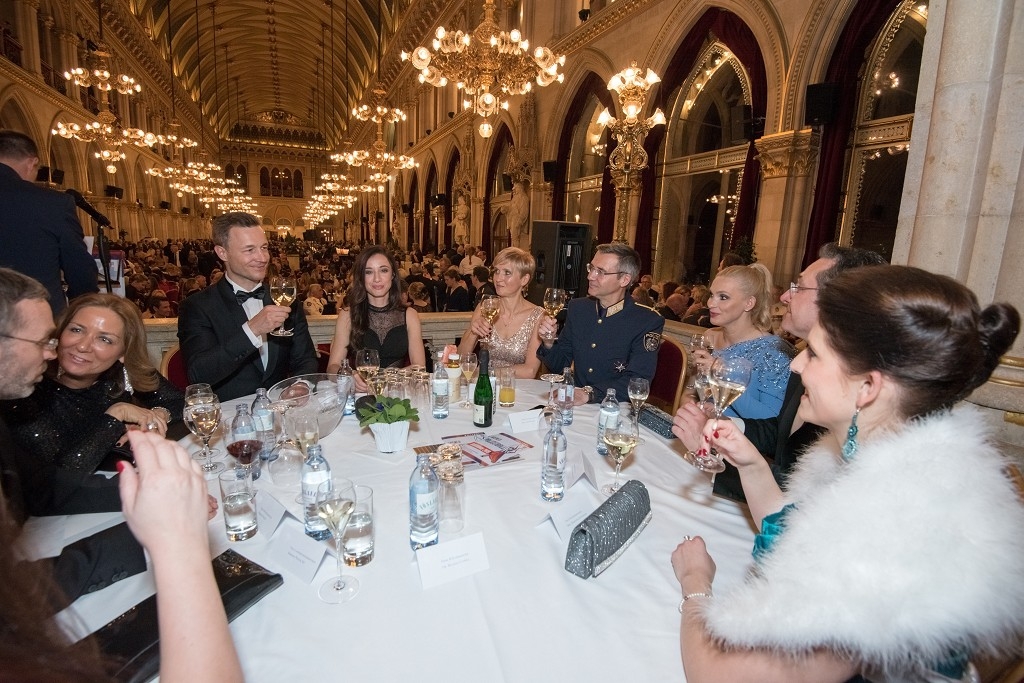 The solemn opening was arranged by the debutants’ committee of the “BM-I Bildungszentrum Wien”. The legendary actress Waltraud Haas performed the song “Adieu mein kleiner Gardeoffizier”.

The Big Band and the “Ballstreichorchester” of the Police Orchestra of Vienna – here our music director Friedrich Lentner played a part – and some more ensembles in the great State Rooms of the town hall of Vienna arranged a music program for the entertainment of the guests. 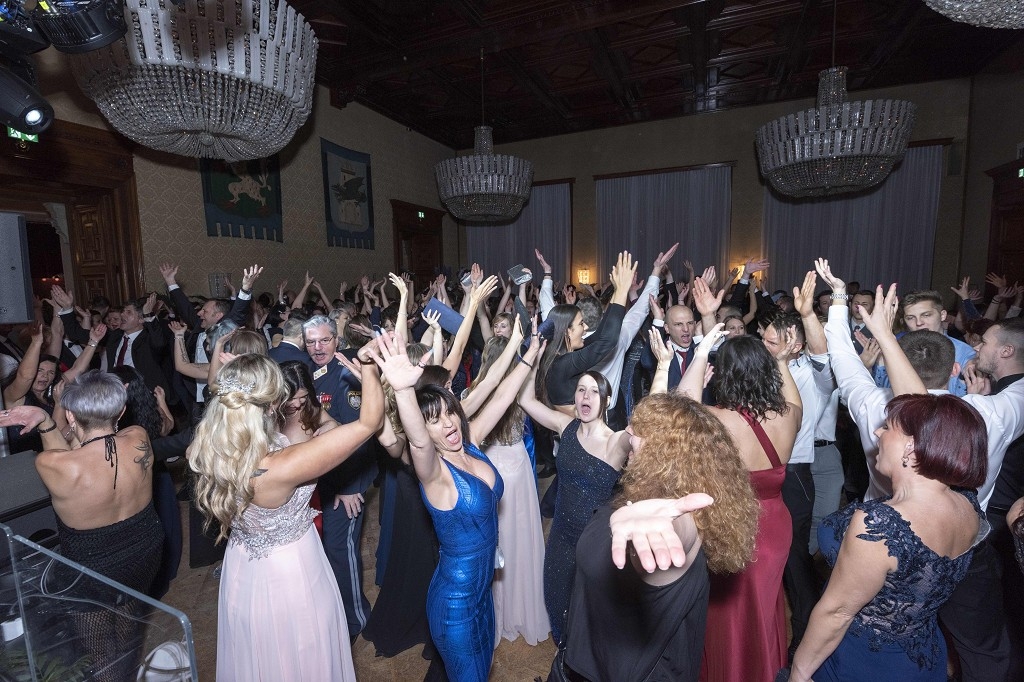 President Steinhardt and the Vice Chairman of the Advisory Board Leithner were able to have a short talk with the Minister for Home Affairs Kickl and his General Secretary. Afterwards a memory shot was made. 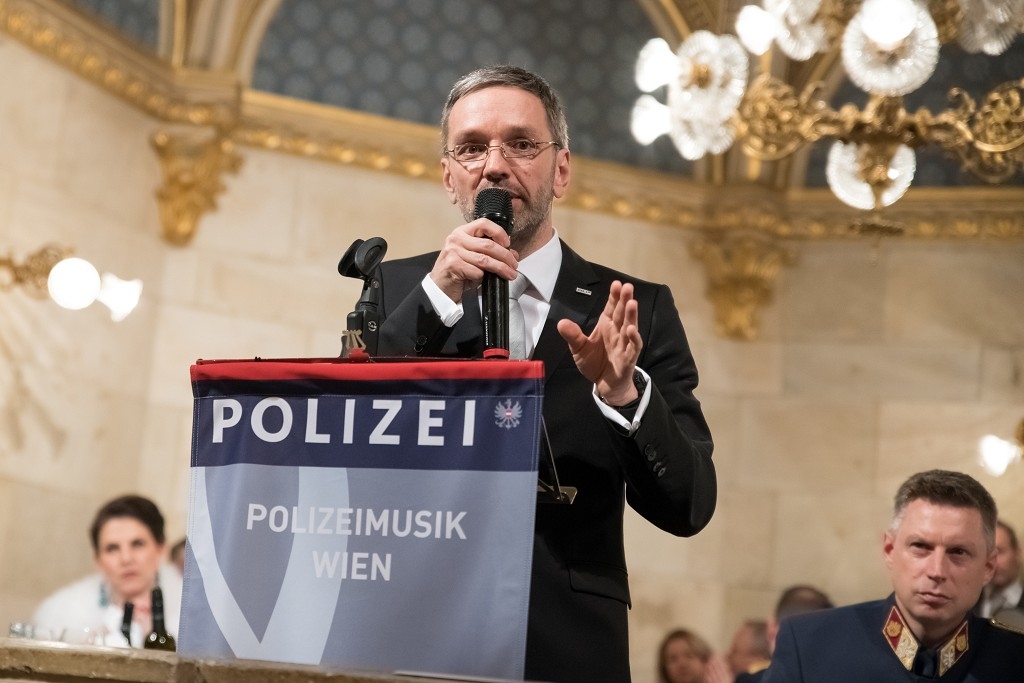 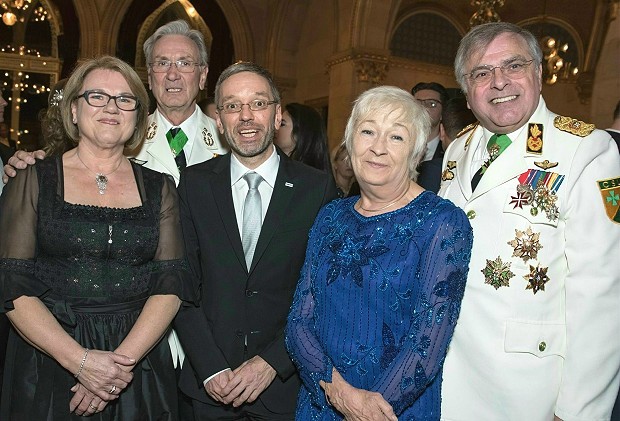 In spite of approx. 2.600 guests it was a succesful and pleasant event. 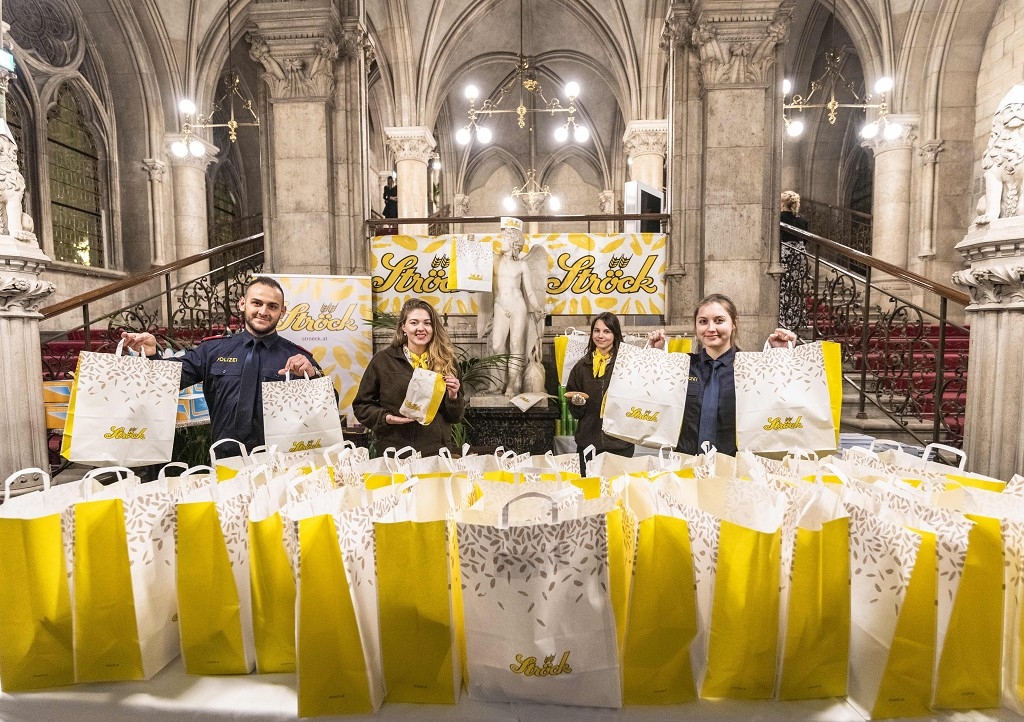 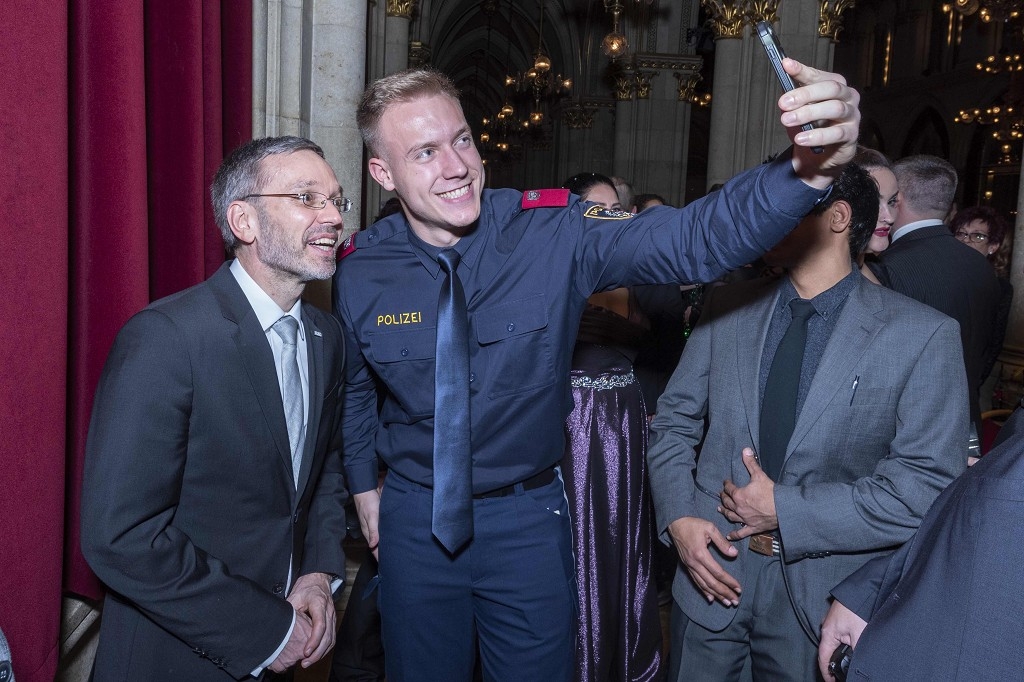 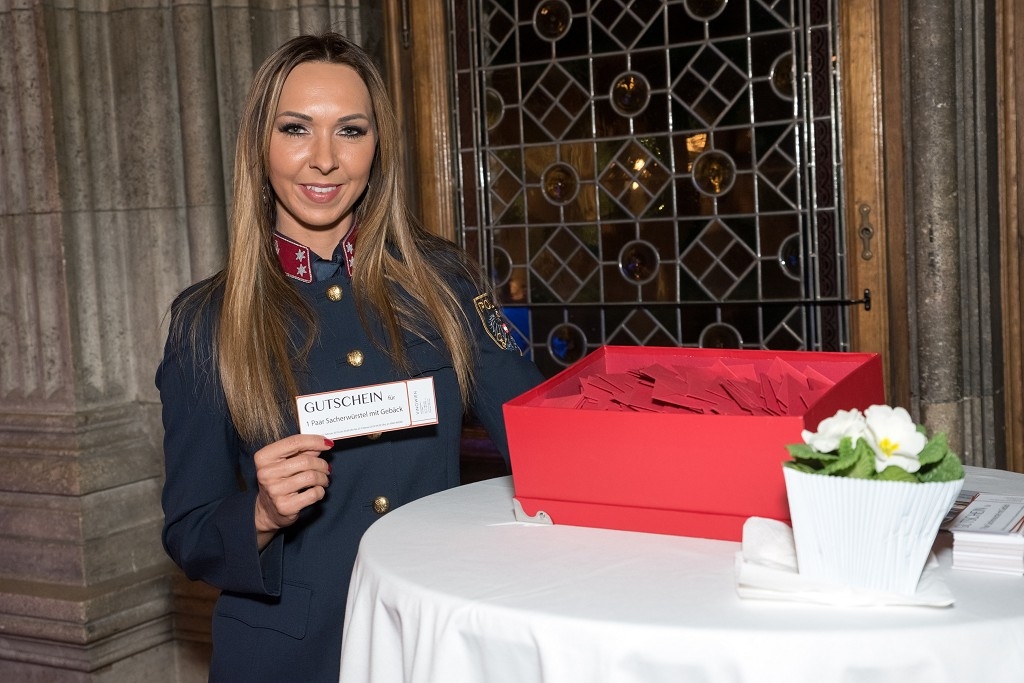 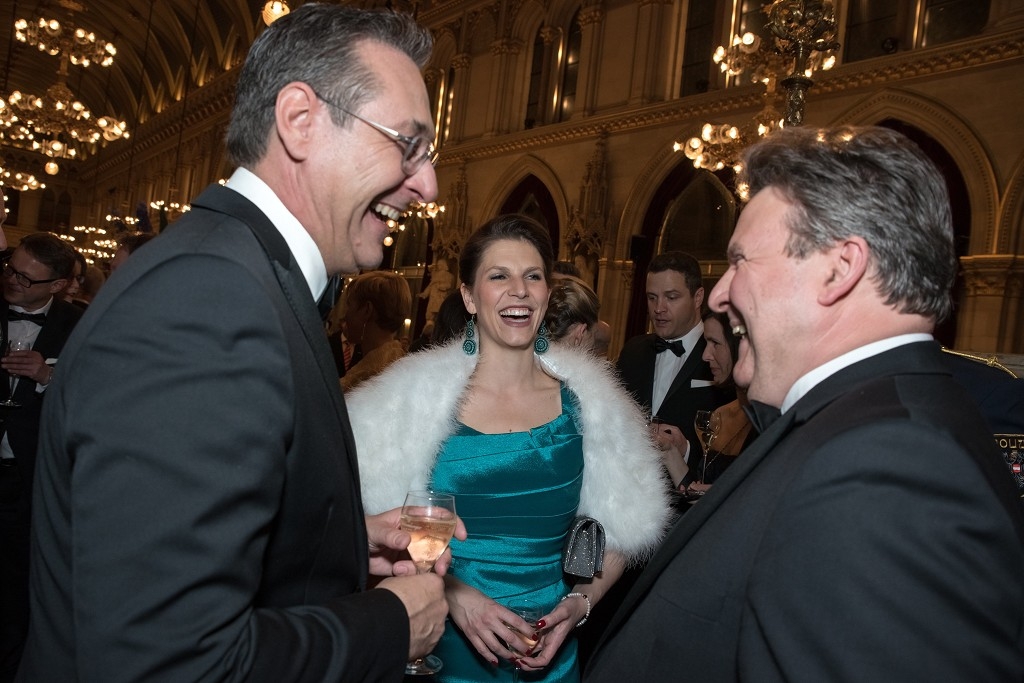