Walking aids and hygiene products
for an aid project in Portugal

Bernd Höhle (SOF and General CSLI), ambassador of the child welfare organisation ICH e.V. collected walking aids and hygiene products for an aid project in Portugal. Now he handed them out to Alexander Gowa, the project manager of the association “Lebendige Hoffnung”.

When thinking of Portugal you do not primarily think of humanitarian aid. But outside the tourism (which is predominantly at the hands of foreigners) the condition are disastrous in some areas. Health care is on a low level. “Handicapped people have to wait up to 3 years before getting a wheel chair”, says Mr. Gowa. Upon request by Johann Mantas Bernd Höhle – who recently supported an humanitarian transport for Ghana – reacted immediately.

Very quickly 50 pairs of crutches have been organised as well as several boxes with hygiene products and materials for dressing and so on. These things were carried to the collecting point in Herford and on October 20th they were transported to Portugal. Mr. Gowa sincerely thanked for the immediate help.

We carry for other people and nobody on his own!! 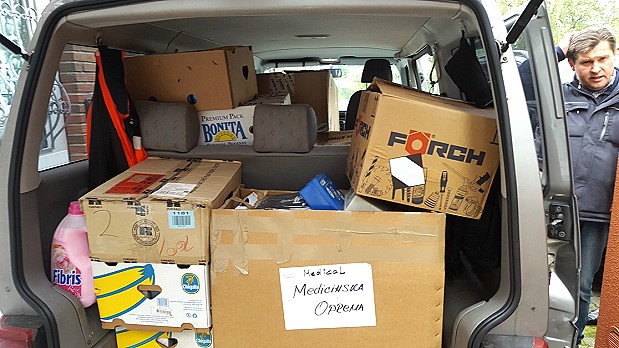 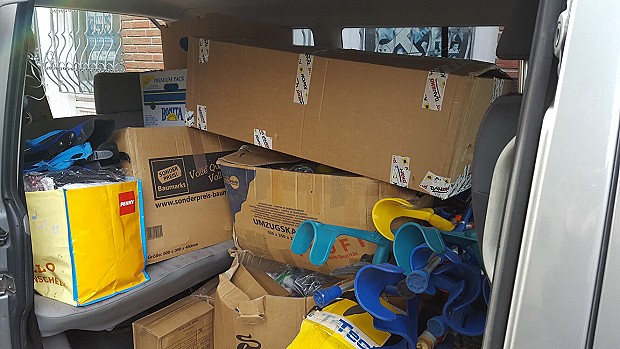 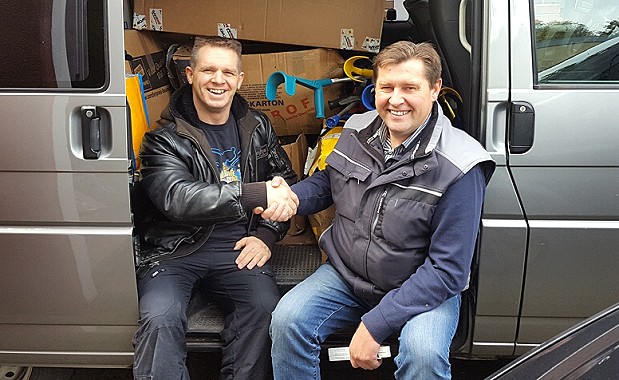 7,5 tons of relief supplies for Ghana

Youth Camp of the Firefighters “Brandenburg”