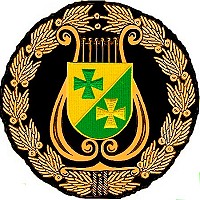 A report by Lothar Gellert

On 5th and 6th July the Austrian Brass Band Music Festival took place in Vienna, this time for the 40th time. In total more than 1000 musicians found their way to Vienna in order to play together with the bands located in Vienna and its surroundings. 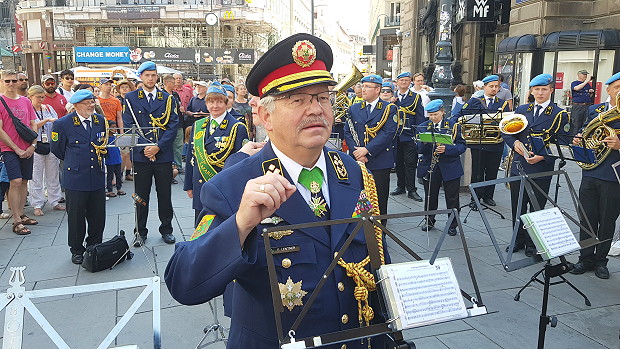 Our Music Corps under the professional leadership of our music director Friedrich Lentner also took actively part in this event. 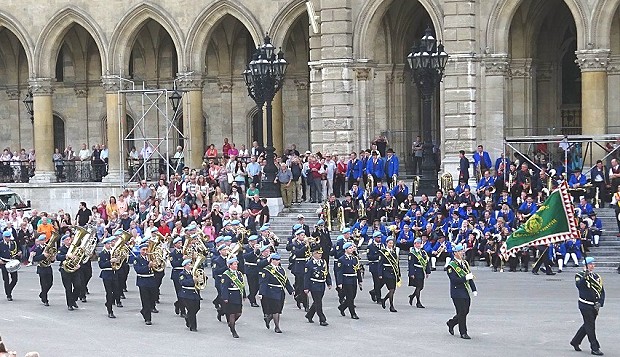 Already on Friday, 5th July the Police Band Vienna presented brilliant music in cooperation with the Guard Music. The extraordinary performance of the Youth Brass Band from Upper Austria during a gala concert in the ballroom of the city hall of Vienna was the highlight. This included not only march music and showed the musical variety of the present bands and music corps. 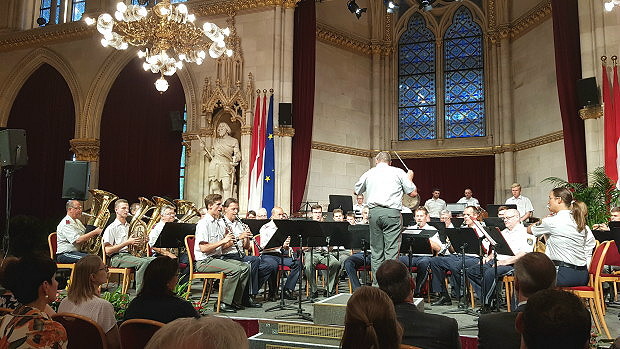 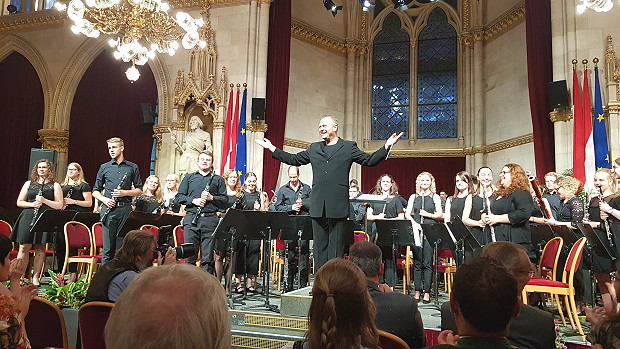 The plaza concerts took place on Saturday, 6th July. The organizer gave each band a special time for their concert and a special location at the centre of Vienna. Our Music Corps was lucky to be able to show its skills directly in the city centre, on the so called “Stock-am-Eisen-Platz” to a convenient time in the morning (11.30 o’clock). Again the highlight of this performance was certainly the “Lazarus-March”. Many listeners were impressed by the fact that our Lazarus Union has its own march. Of course the well-known Austrian marches had to be present. It was obvious that the audience enjoyed the plaza concert and many people were disappointed that the concert of the Music Corps already came to an end after one hour. As our Music Corps had to give way for the next band that also wanted to present its skills. 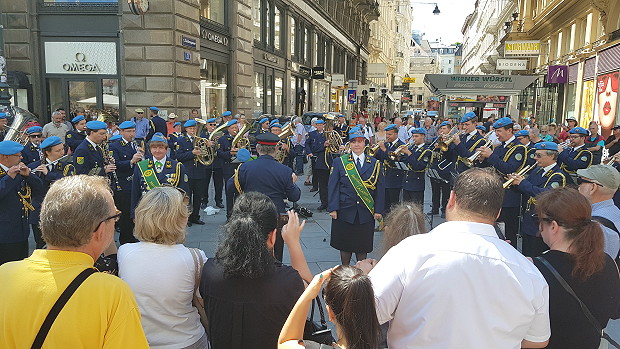 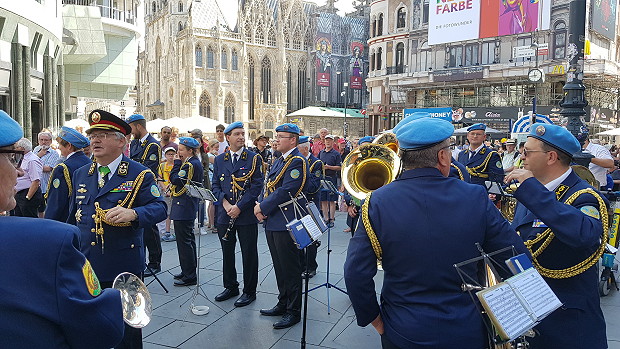 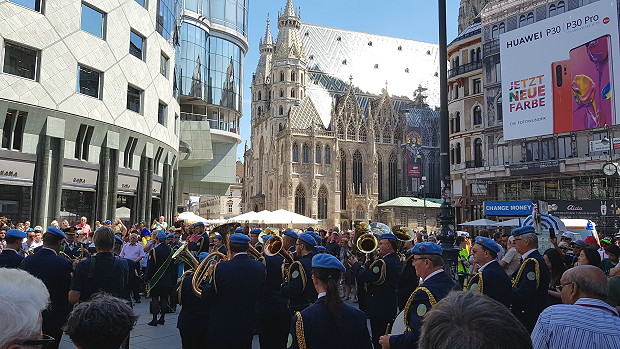 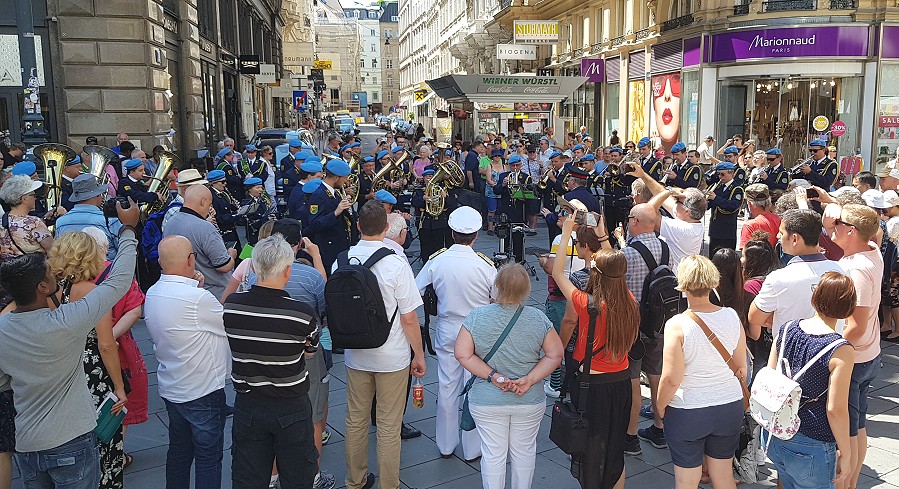 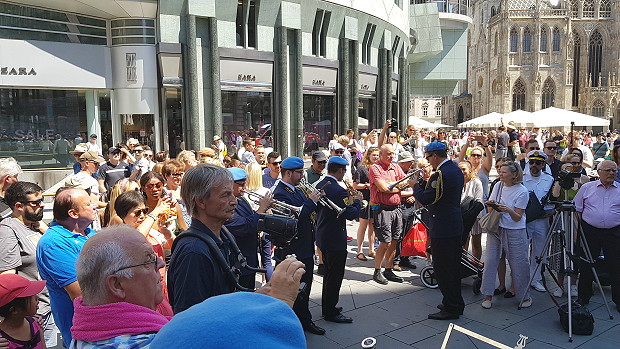 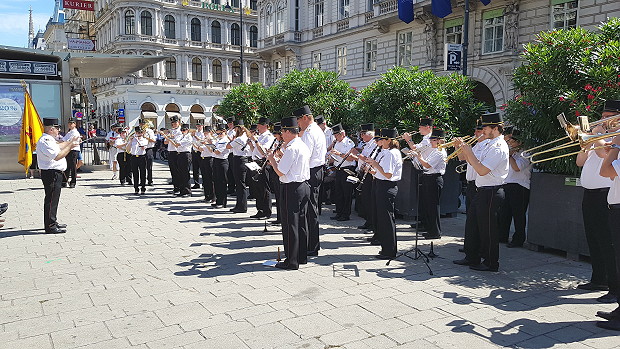 In the afternoon there was the great long-awaited music parade at the city hall square. The participating groups worked towards this event in order to delight as a march formation the audience that welcomed the marching groups with thunderous applause despite the scorching heat. The marching groups started at the “Maria-Theresien-Platz”, then went to the city hall via the “Ring”, the parliament and the “Burgtheater”. 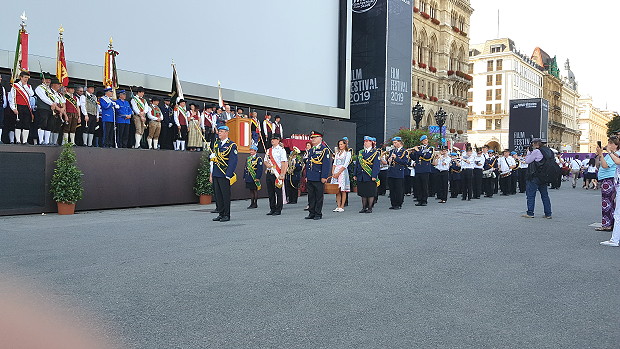 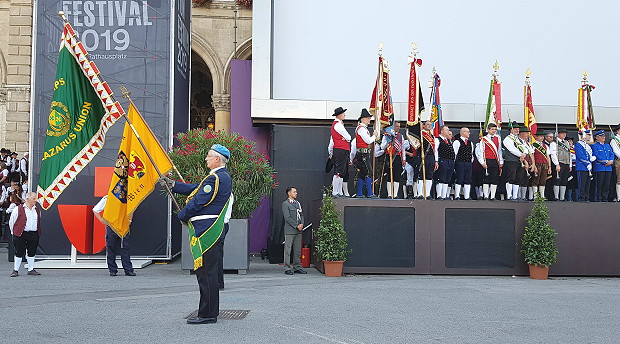 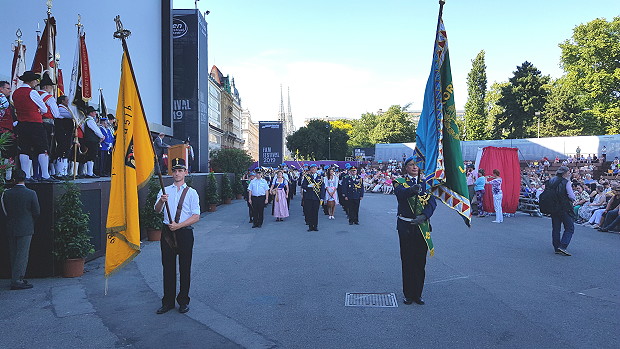 It was very impressive when our Music Corps musically conquered the city hall square together with the bands of “Post Musik Wien” (the partner band of the Lazarus Union). As each band was allowed to present an individual song after the marching-in the Music Corps of the Lazarus Union decided to play the march “Wien bleibt Wien” (Vienna remains Vienna). 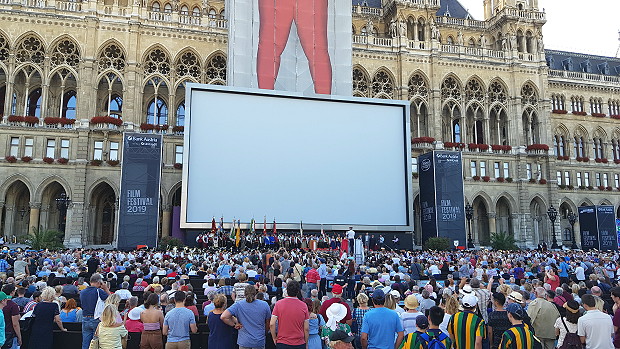 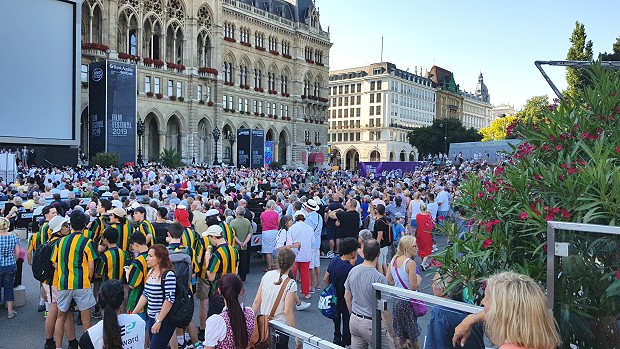 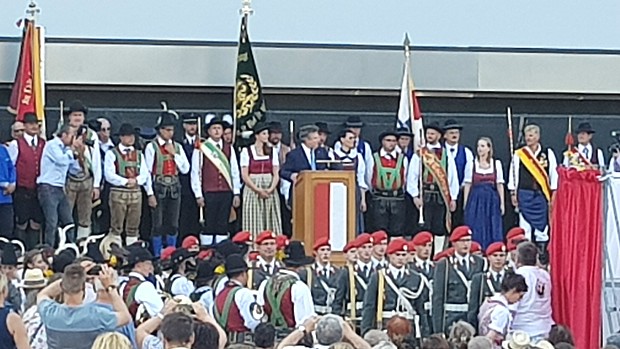 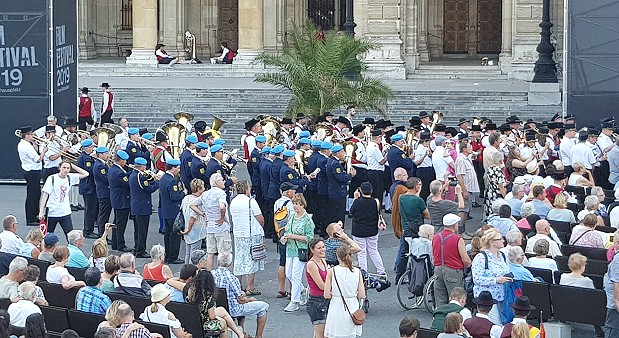 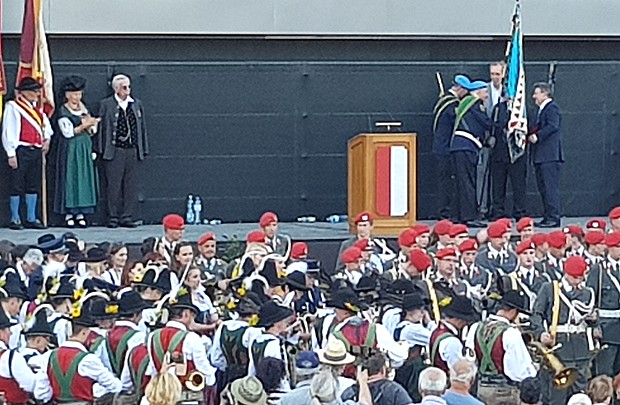 After the Guard Music marched in and showed its skills during a march formation the final concert took place at 17:00 o’clock. It was an impressive moment for the listeners when more than 1200 musicians performed in full harmony just after a sign of the music director. This great final concert was certainly one of the highlights of the this year’s brass band festival. It wanted to interest the audience in the 41th brass band festival. We may be excited to this event. 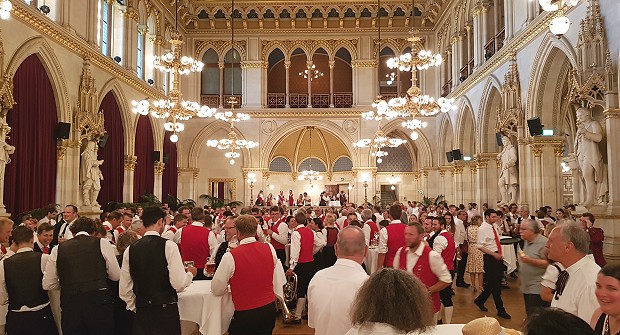 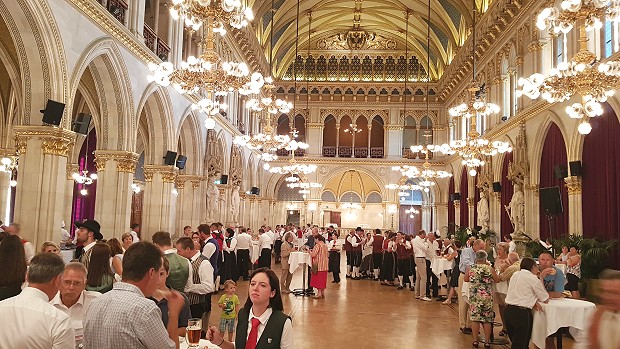 After this concert, the mayor of Vienna, Dr. Michael Ludwig, invited all musicians and guest of honour to a reception in the ballroom of the Vienna City Hall.