A report by Spectator

Following a long tradition (since 2009) this time again we accepted with pleasure the invitation to the investiture ceremony of the postulants of the Sovereign Order of Saint John of Jerusalem /Knights of Malta of the United Grand Priories and we represented the Lazarus Union with our banner of the Knighthood of Honour of the Lazarus Union. 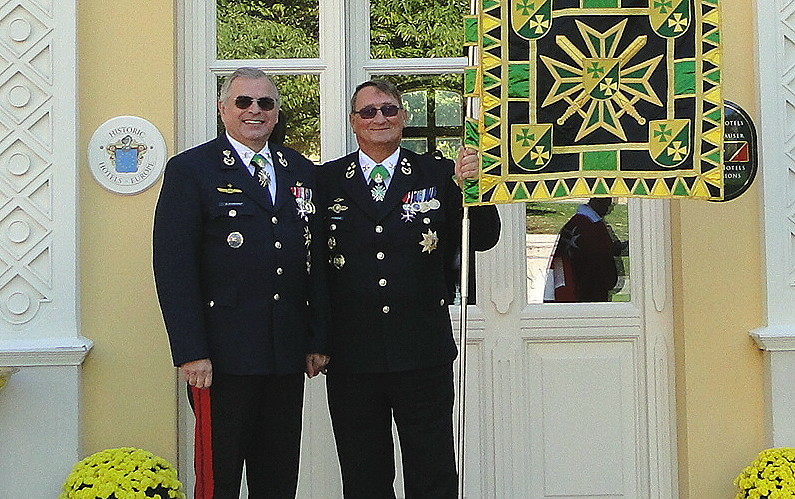 Early in the morning the representatives of the Lazarus Union, the President Senator Prof.h.c. Wolfgang Steinhardt and the Vice President Chev. Ludwig Brunner started their quite long journey to Chateau Bela in Bela, Slovak Republic. After a quick and easy drive there was enough time for a late breakfast and to welcome many good old friends we met in former joint events.

The day before the framework programme of this year’s investiture started with a meeting of the Chapter and the personal presentation of the postulants. 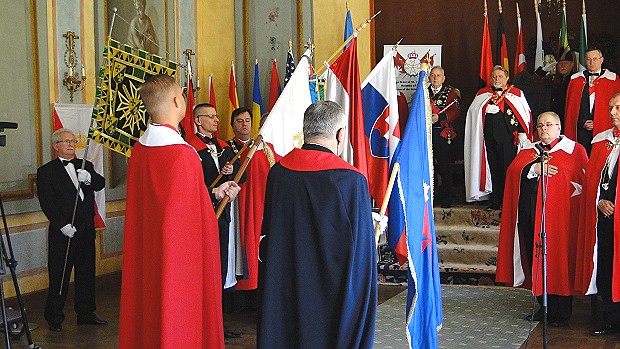 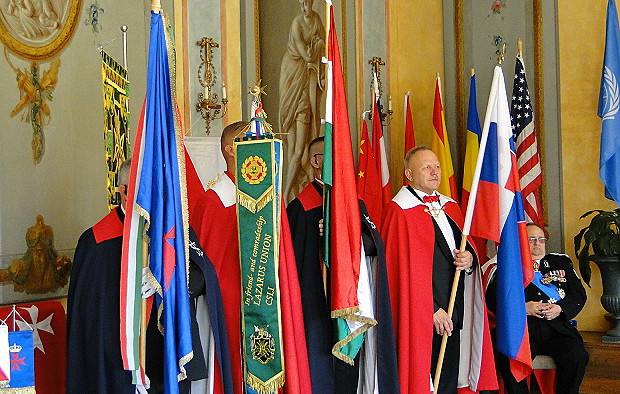 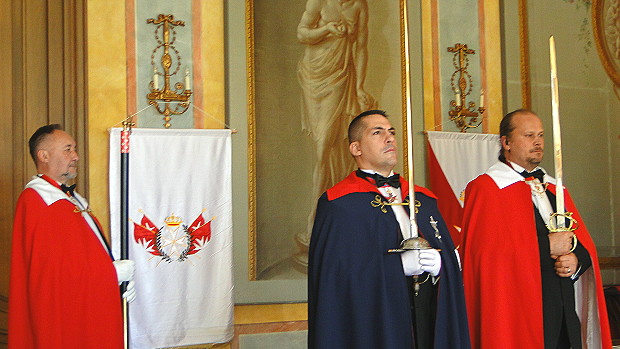 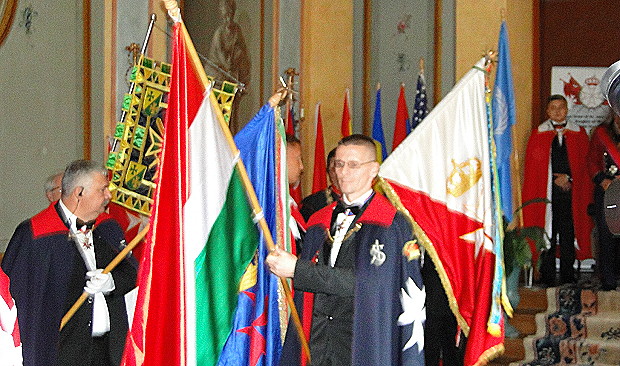 With the move-in of the banners, the sword-bearers, the honourable and all other guests of friendly organisations from 22 countries of four continents the investiture ceremony began. 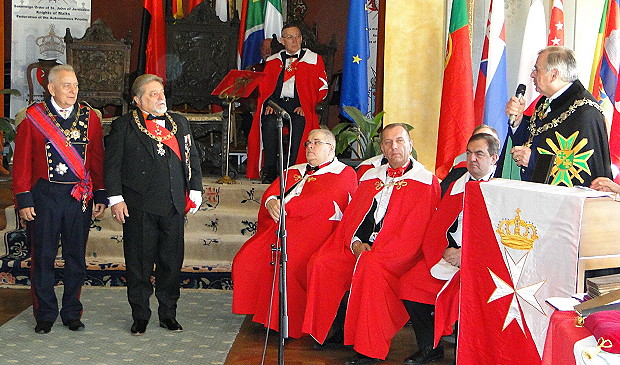 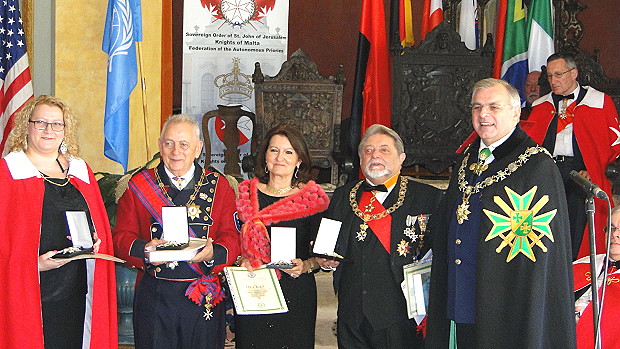 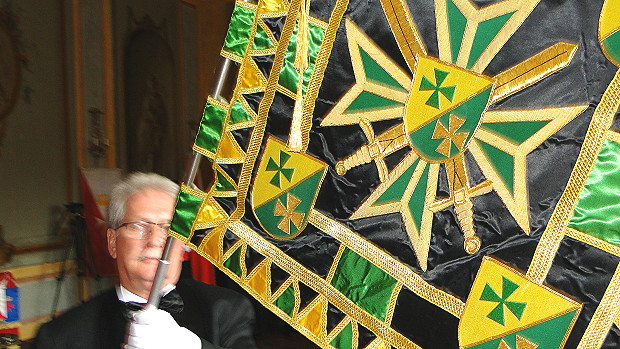 Right at the start our President could give his greeting message and could hand out awards to H.M.E.H. Prince José, H.G. Prof. George Popper, Lady Anna Popper and Lady Erika Mascári in gratitude for the friendship going back many years. Already in 2011 Prof. George Popper and Lady Anna Popper were admitted into our Knighthood of Honour during our very first investiture of the Knighthood of Honour of the Lazarus Union. 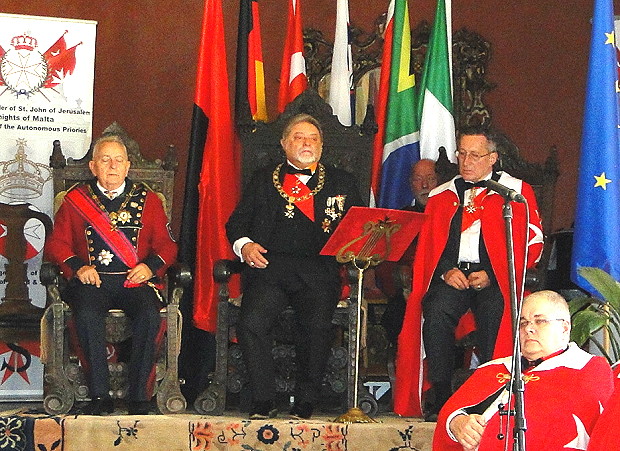 In his address the Grand Master of the KMFAP, H.M.E.H. Prince José, pointed out the importance of the tasks the postulants have to take up when being knights. The information concerning the status of a “knight” even at the present time was especially impressive. To live and to care for the knight’s traditions is more important and essential than ever. 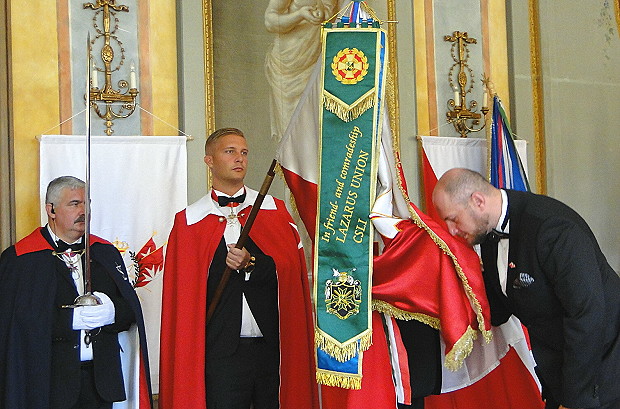 We especially noticed that only the friendship ribbons of the Lazarus Union were fixed on the banner of the KMFAB (as a sign for loyality this banner will be kissed by the postulants before the investiture). This is a gesture that symbolises the friendship, the commonalities and the appreciation more than words can do. 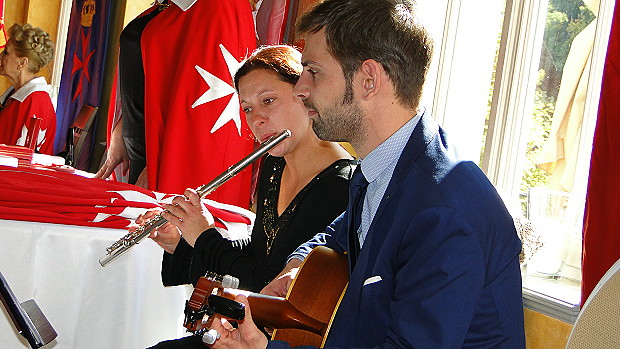 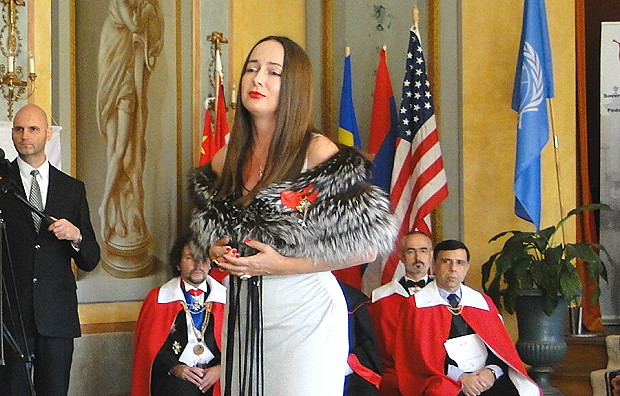 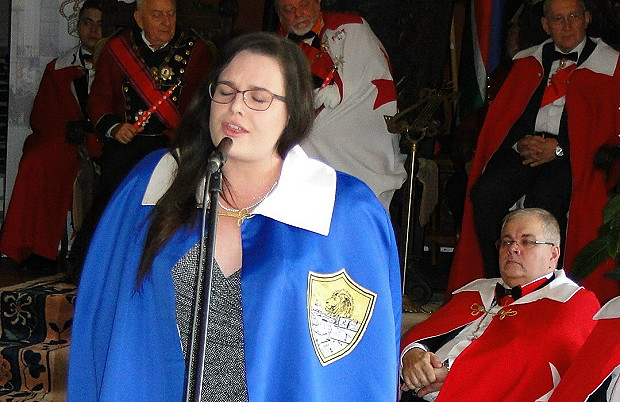 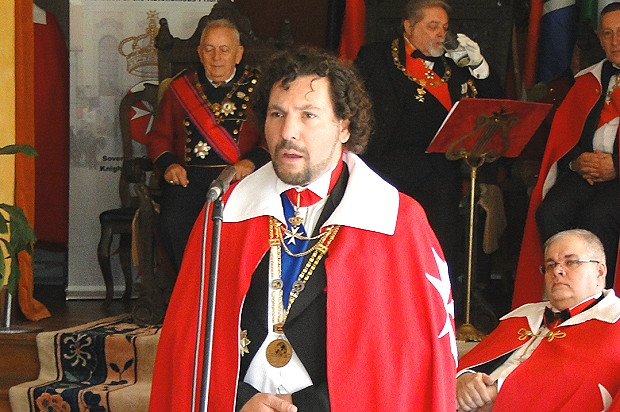 A musical duo (flute/guitar) arranged the music and showed the skills in a very impressive way. There were also performances by two female singers and one male singer among the members of the KMFAP who could create a very beautiful and solemn atmosphere. 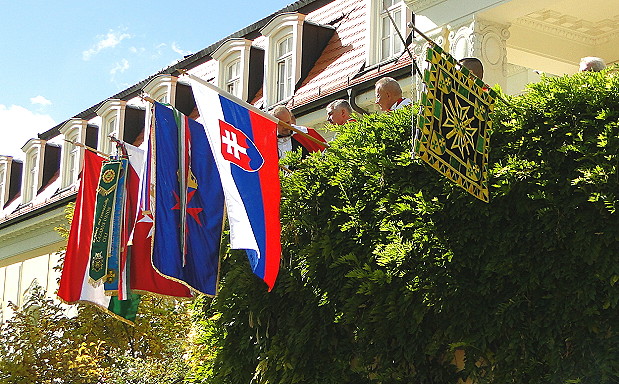 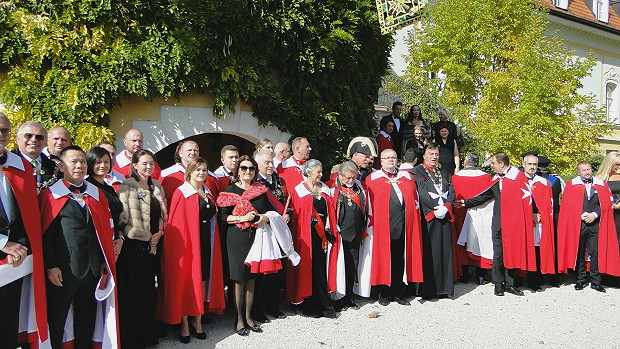 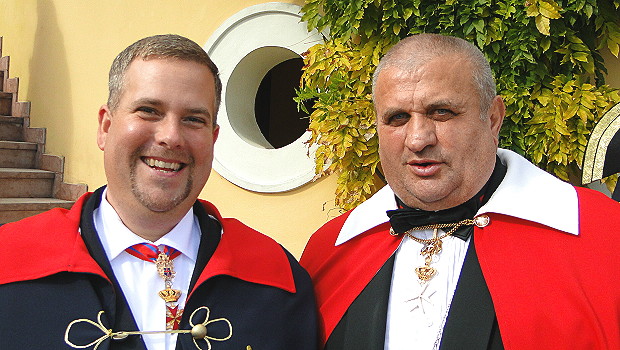 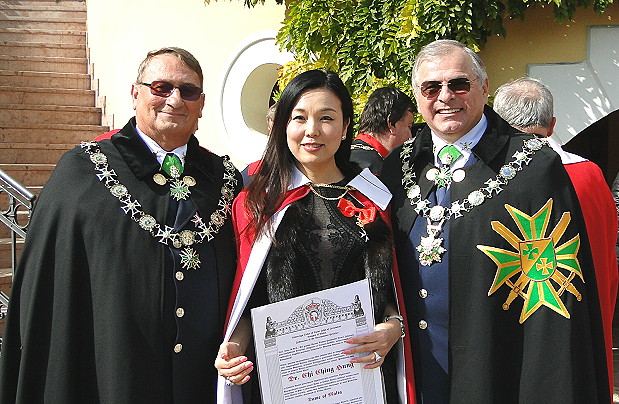 After the usual photo session all participants were invited to lunch where it was possible to make new friends and to renew old friendships. 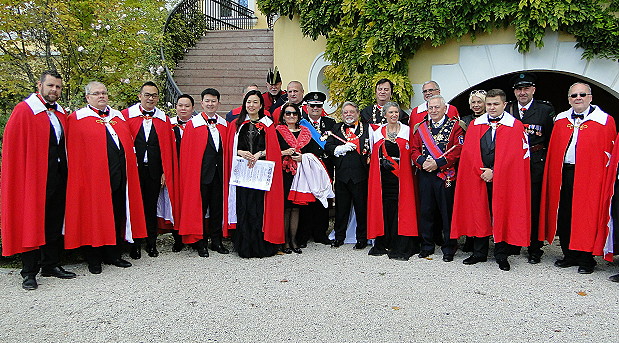 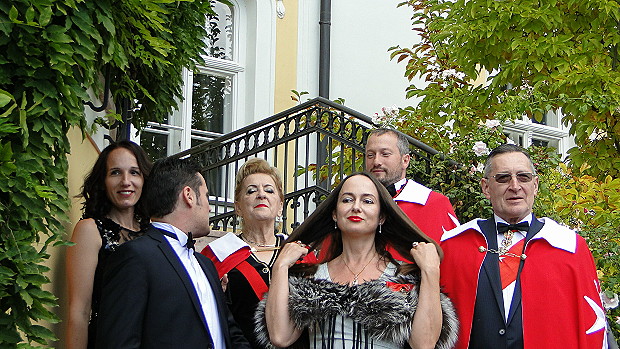 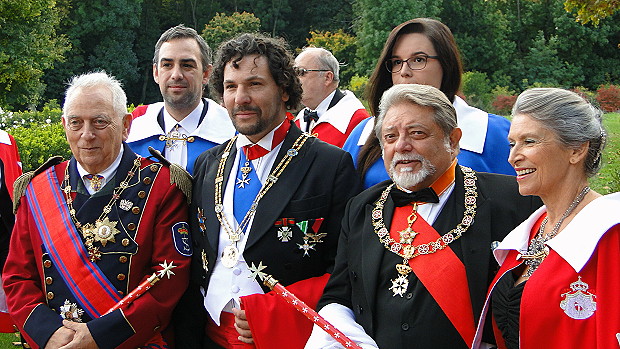 In conclusion: It was a successful event and if we would get an invitation again we will certainly accept it with much pleasure.