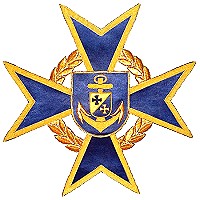 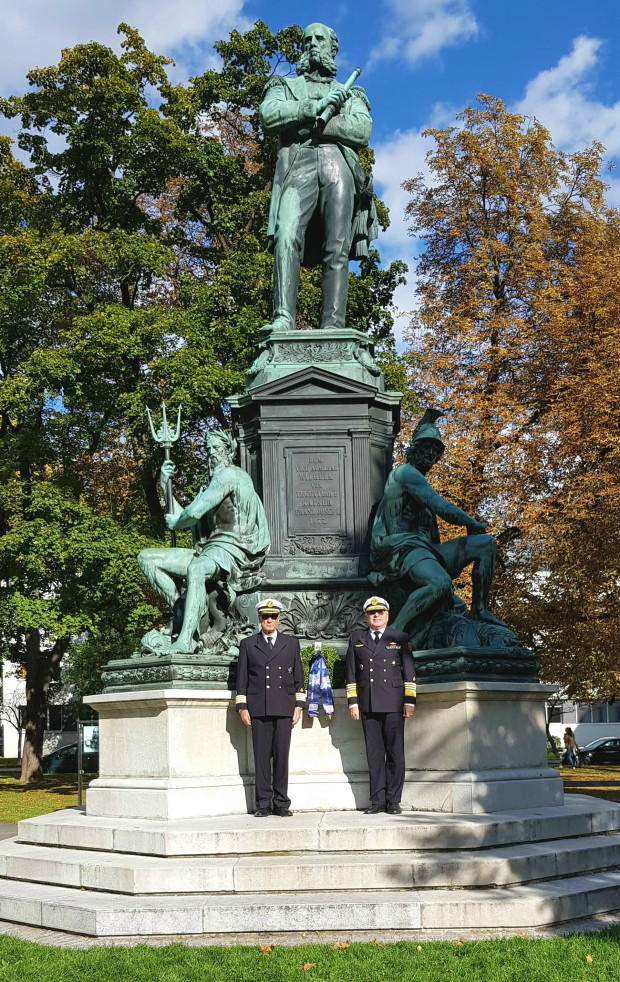 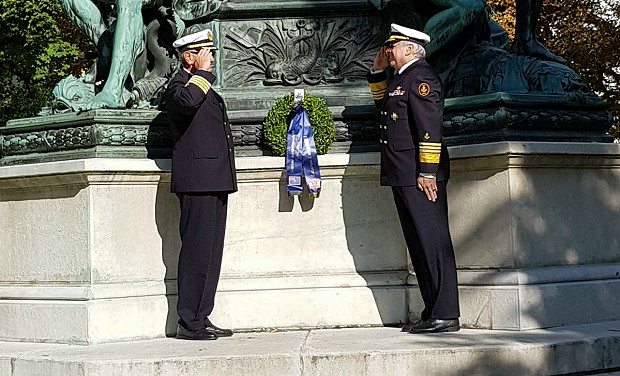 A few blocks away there is the cemetery St. Leonhard where the monument of the family Tegetthoff can be found. His brother Carl, an Austrian Imperial and Royal Field Marshal is also buried here. 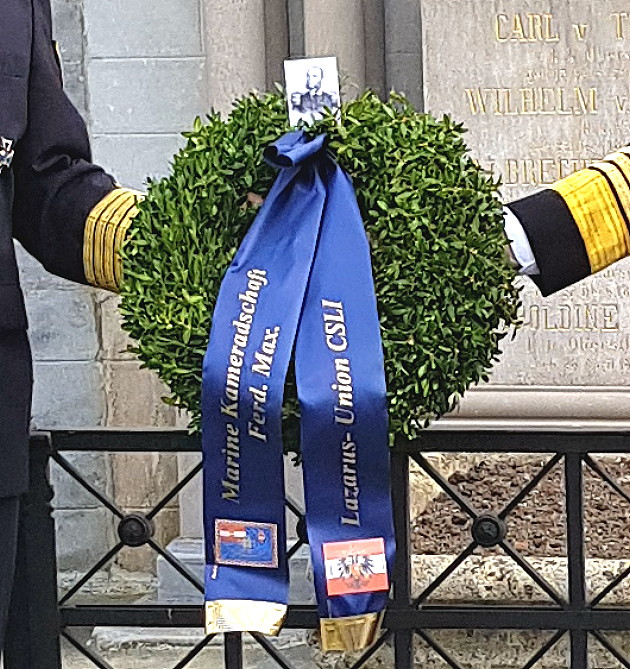 Admiral Tegetthoff died on April 7th 1871 in Vienna.
His first success was the sea battle near Helgoland in 1864. He was promoted to Rear Admiral and so he was the youngest Rear Admiral of the Austrian Imperial and Royal Navy at the age of 37. He was also honoured with the Order of the „Eisernen Krone 2. Klasse“. 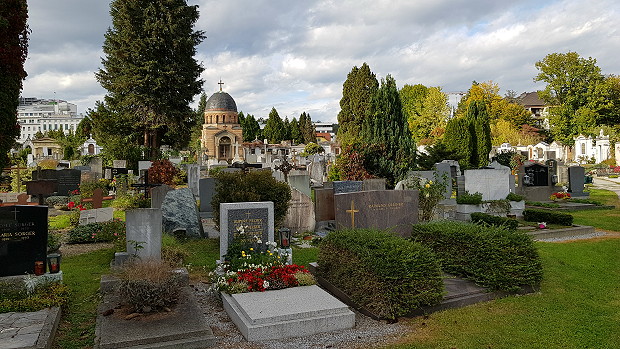 However his greatest success was the victory of the sea battle at Lissa on 20th July 1866 (against the superior Italian fleet). For this success he was awarded the Commanders Cross of the Military Maria Theresia Order and was at the same time promoted to Vice Admiral. 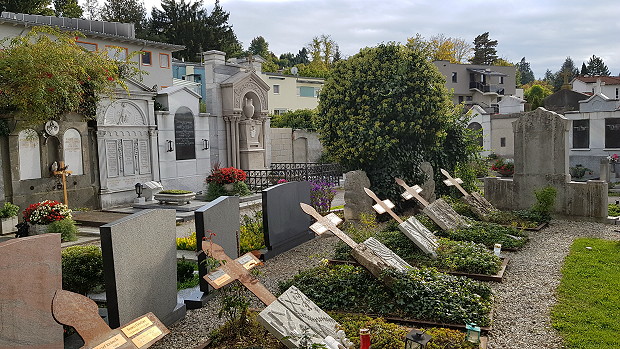 Emperor Franz Josef I. asked him to take home his brother Ferdinand Max, the eponym of our Naval Comradeship who was executed in Mexico in 1867. 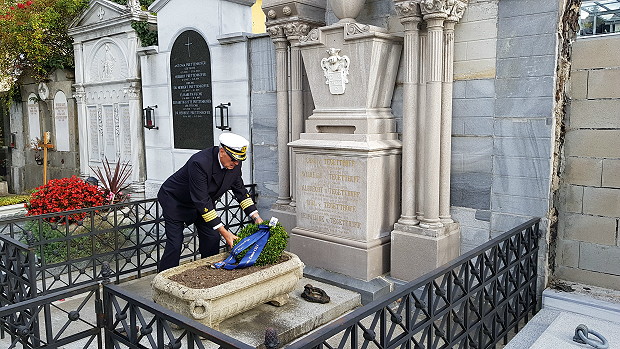 On February 25th 1868 he was promoted to High Commander of the Navy and Chief of the Maritime Section. 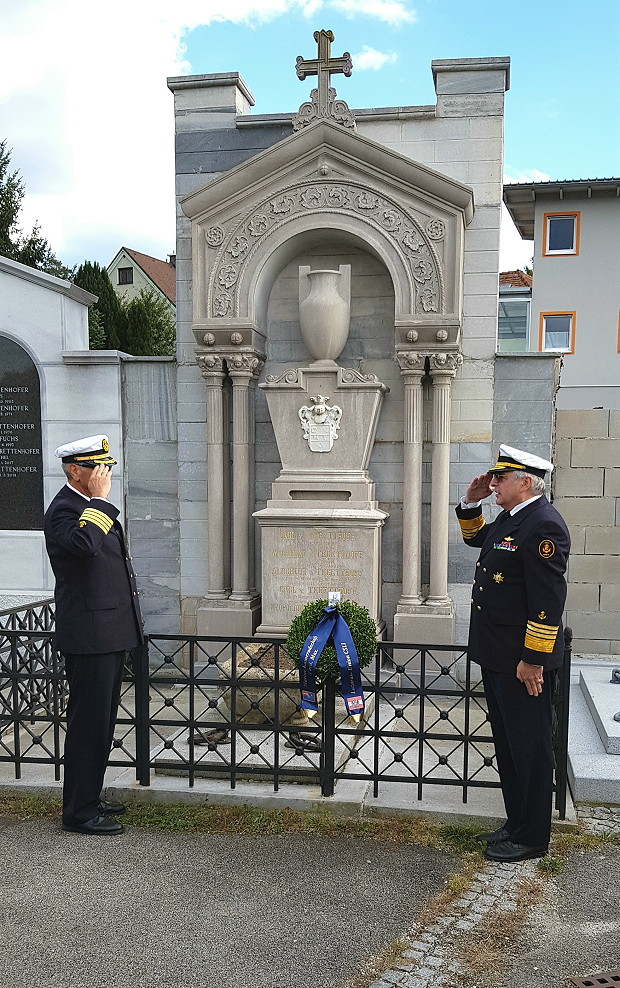