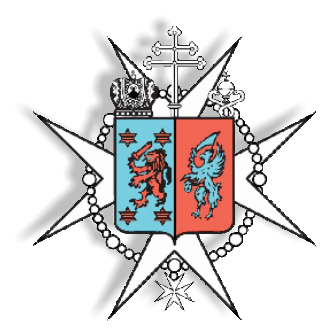 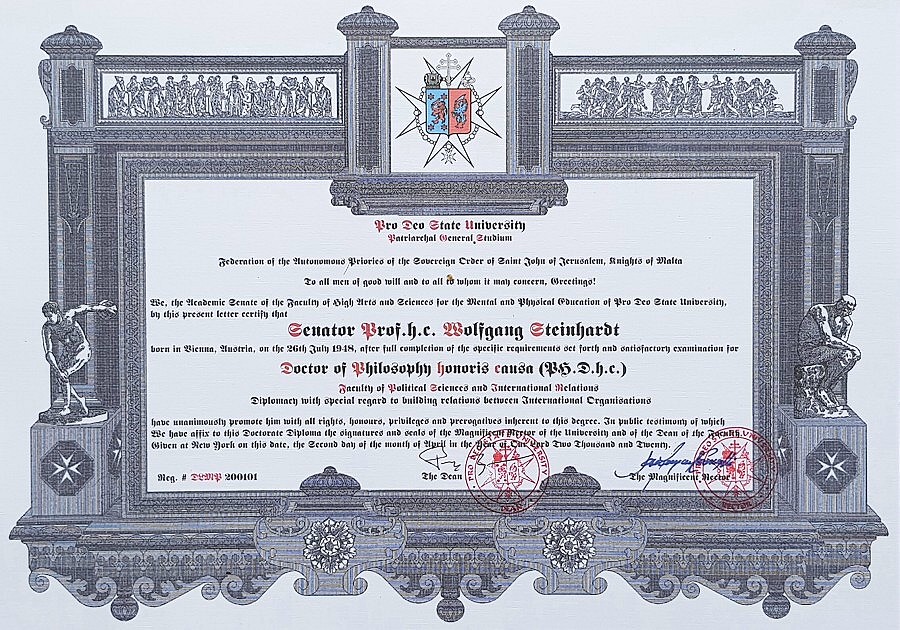 With this award, the Pro Deo State University, New York, honors the successes the Lazarus Union recorded under the leadership of Senator Prof.h.c. Wolfgang Steinhardt: 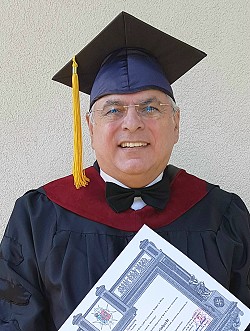 The official celebration and ceremonial handing out of the decree and insignia should have taken place in New York in April 2020. Unfortunately, this was not possible due to COVID-19.

Congratulations, however, very warmly and no less sincerely!

April 1st – but not an April Fool´s joke