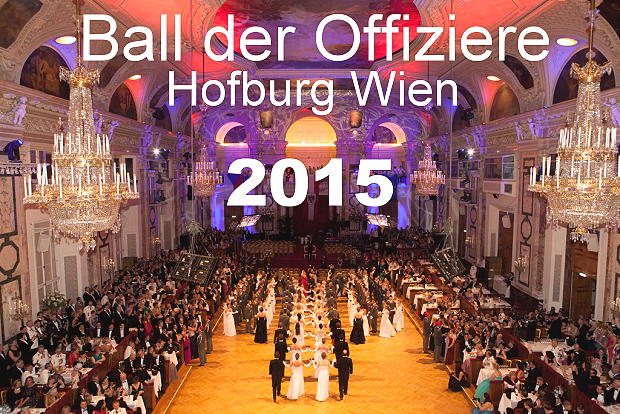 … at the Vienna Hofburg

The Officers’ Ball these days is a glamorous social occasion, which exerts an unbroken fascination not only on our own civilian and military guests, but also on international visitors. This year the Ball celebrated our Federal Army’s 60th anniversary.

As is traditional, the opening committee provided the first highlight of the evening with a display by the Hanselmayer School of Dance. As is also traditional, this was then opened up to international Officer Cadets.

The theme for the Officers’ Ball in 2015 was ‘Sounds of Jubilee’ in celebration of the 60th anniversary. Therefore, the ball committee had decided to take this anniversary as an opportunity to combine the past with the present musically. The midnight show was especially dedicated to this anniversary so we experienced a musical journey through time, performed by various guest stars.

One of the highlights of the evening included a presentation to the winner of the ninth Dancing Stars Season, Army Athlete Vadim Garbuzov, who attended with his dance partner, and also Army Athlete, Kathrin Menzinger. As with all the other professional dancers, he was available as a dance partner for all.

At midnight many of the guests danced ‘die Fledermausquadrille’ (the bat quadrille) under the direction of Rudolf Peschke, Director of the Hanselmayer School of Dance. At 02:30 followed the ‘Late Night Show’.

A total of 35 nations celebrated at the Ball, with 23 salons of the Vienna Hofburg echoing to the sound of dance music and waltzes. Germany was very well represented with about 300 officers, as was the United States with 200 officers in particularly striking uniforms. All around there were some beautiful dress uniforms to see.

Our delegation of The Lazarus Union was represented by our President, Senator hc Wolfgang Steinhardt and his wife Vera, Commander Ludwig Brunner and his wife Brigitte, Colonel and Grand Chancellor Helmut Neidhardt, General Auditor Josef Maria Gebel, as well as yours truly and my wife Monika. Two tables were reserved for us in the In Metternich Hall.

You had to pity our smokers, they got lost several times in the vast corridors of the Hofburg. A security officer rescued them from the Ambassador Stairs on the 5th floor and returned them to the 1st floor. After three attempts, they finally found the entrance to the smoking salon in the old Royal Kitchen.

The photographs of groups and couples taken on the magnificent staircase were a personal highlight for me. No matter what the event, beautiful photos must be taken!

As a conclusion to the Officers’ Ball, visitors are offered a typical treat each year – the Last Post. Sounded at 04:00, this famous trumpet melody signalled the end of proceedings with every visitor then presented with a gift on leaving.

It was a beautiful evening and a successful Ball. Though I didn’t get much chance to ‘swing my leg’ on the dance floor, I did have lots of time to chat with our international guests. 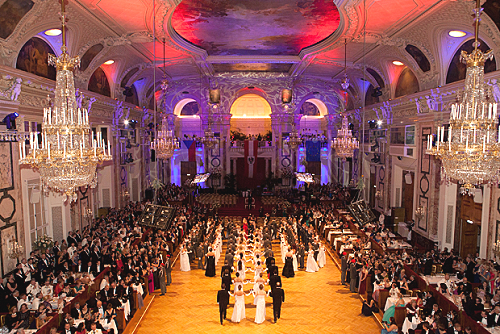 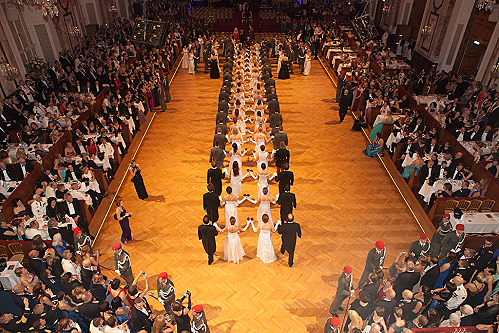 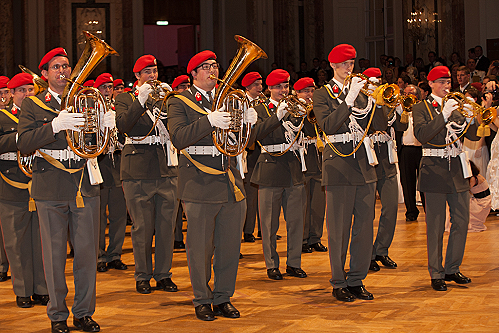 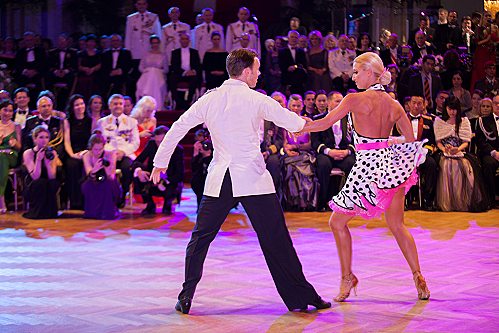 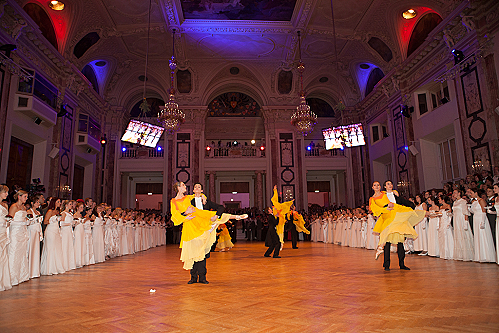 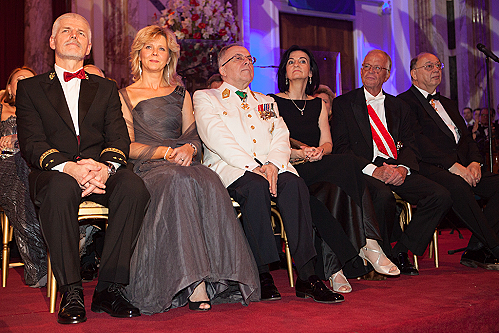 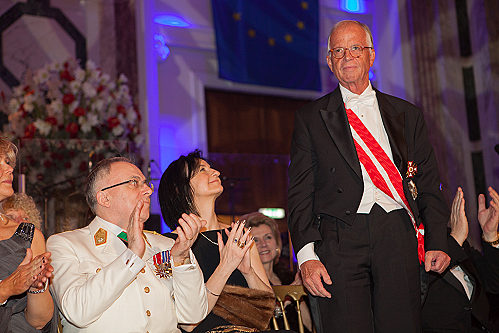 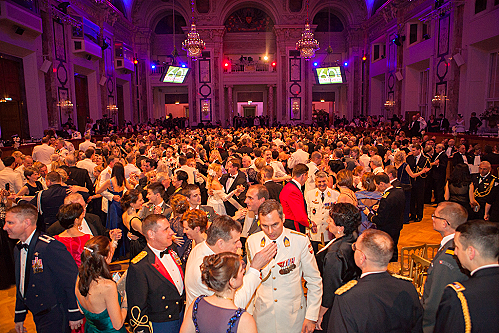 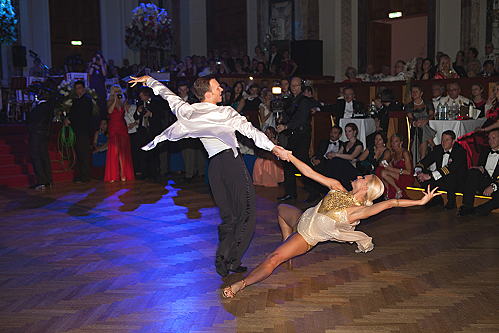 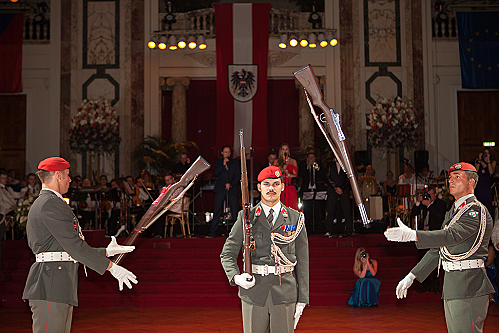 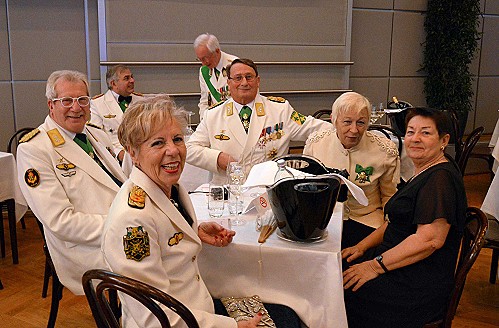 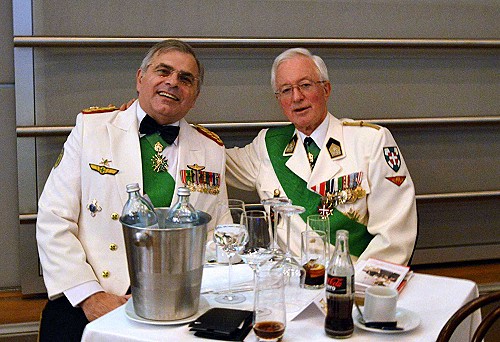 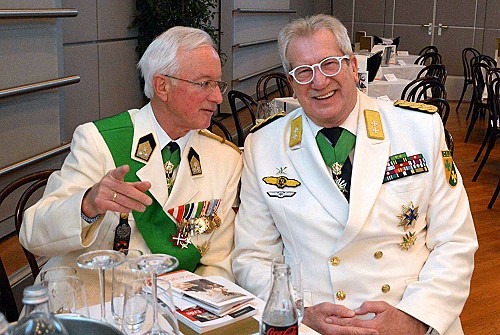 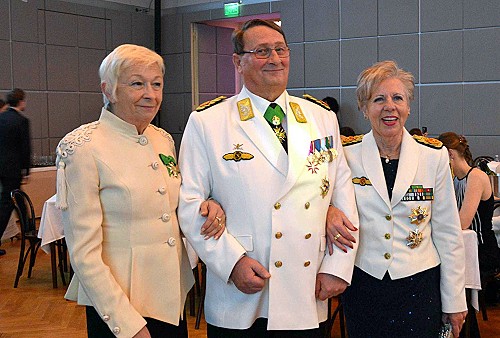 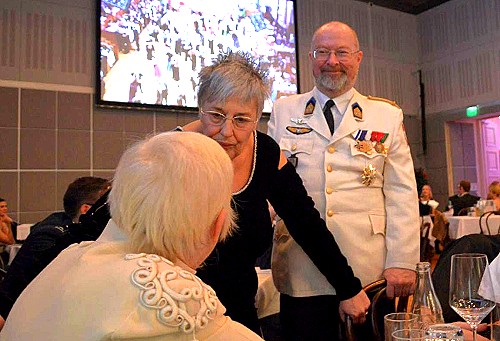 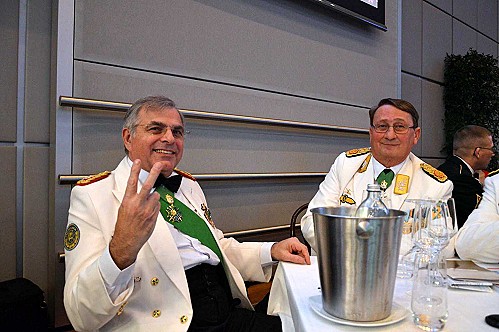 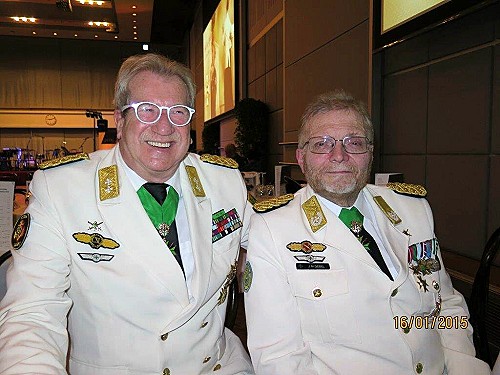 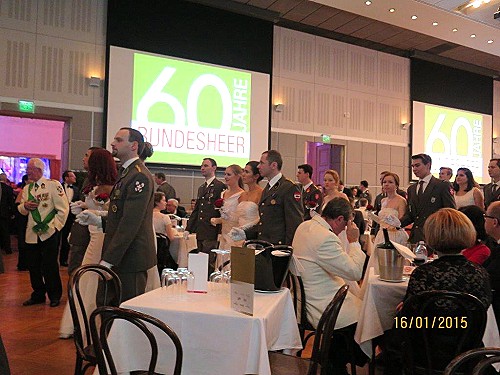 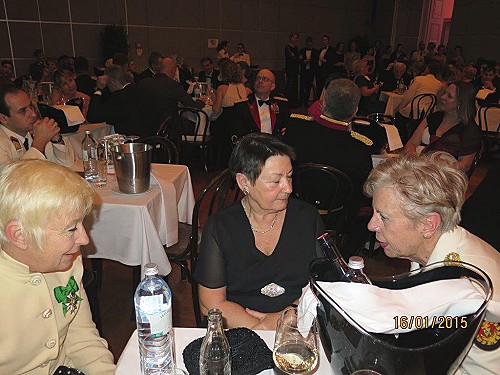 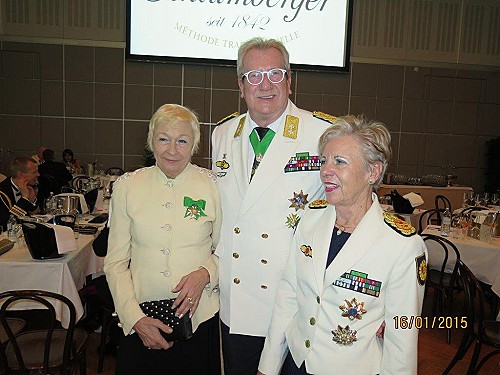 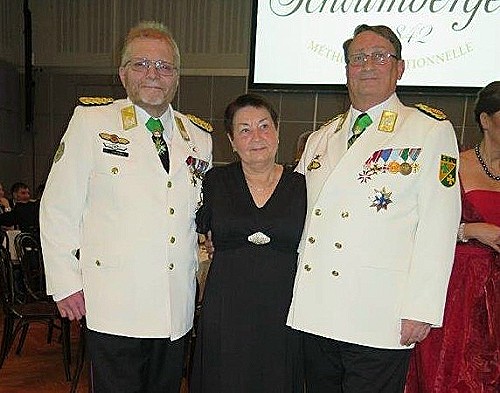 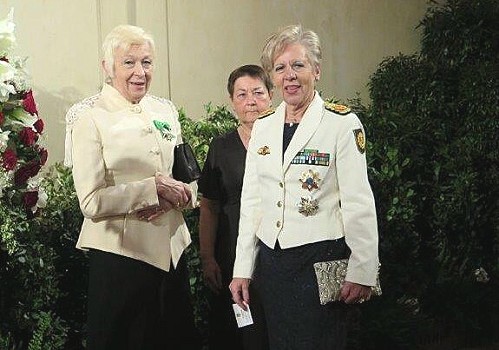 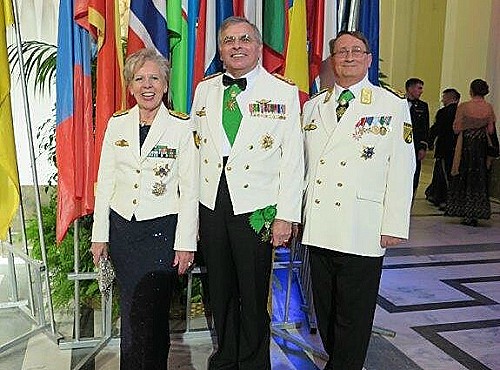 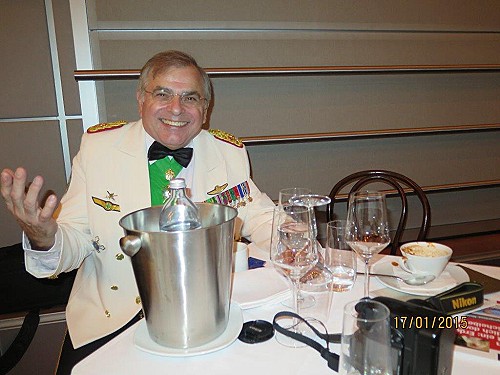 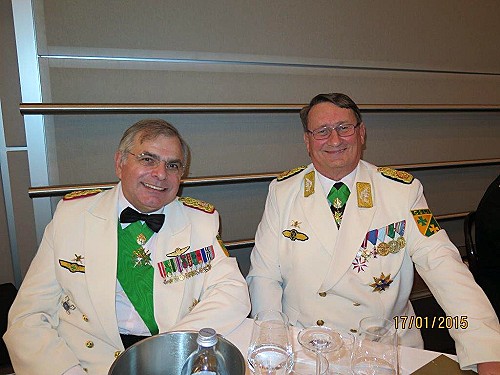 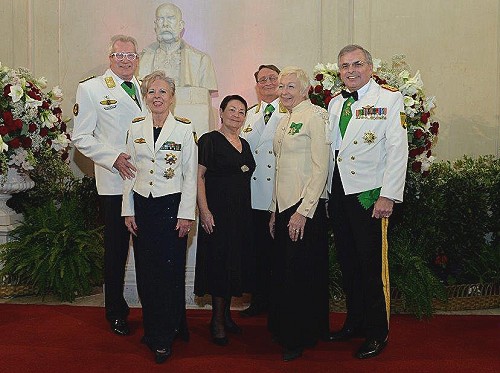 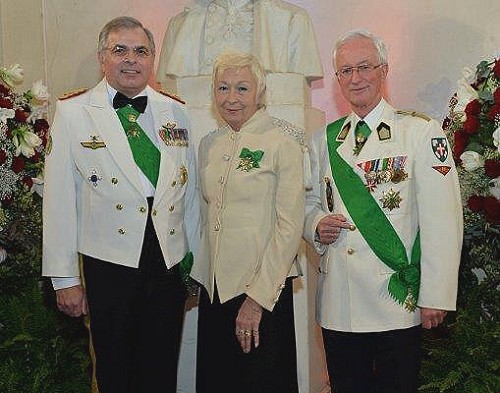