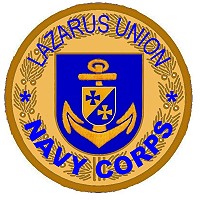 Today, 121 years ago, the frigate/corvette Danube of the K.uK.-Marine left the port of Pola (today’s Pula, Croatia) to set off for the very last circumnavigation of the K.u.K. Navy. The ship had been sailing for more than a year and arrived at its home port on 13 September 1901.

SMS Donau was a so-called screw frigate, which was built in 1856.

Even before the last circumnavigation of the world, the ship had already made several voyages around the world. A travelogue by Alois Kraus has even been published on these circumnavigation slaps, which is unfortunately only available in antiquarians today. 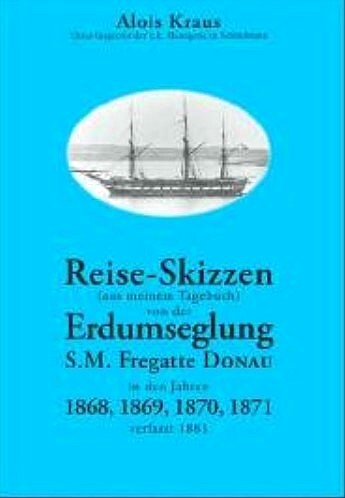 The month of May, however, seemed to be a significant month for the K.u.K. Navy.

On 17 May 1895, several ships, such as the “Maria Theresia”, the “Emperor Elisabeth”, the “Emperor Franz-Josef” and the “Trabant”, took off from the port of Pola in the direction of Germany to attend the opening of today’s Nord-Ostsee Canal, then called the “Kaiser Wilhelm Canal”. The famous composer Franz Lehar was also present on this journey in his rank as naval music-conductor.

A little later, in May 1900, the so-called Boxer Uprising took place in China. This uprising was directed against the foreign occupying powers in China.

The foreigners living in China were in trouble. The European ships in the Chinese ports set out for Beijing to secure the embassies there. Also present was the little cruiser “Zenta” with 100 soldiers.

The Austro-Hungarian navy caused serious damage. In Ancona alone, a total of 63 civilians and military personnel were killed.

The K.u.K-Navy suffered only minor losses. 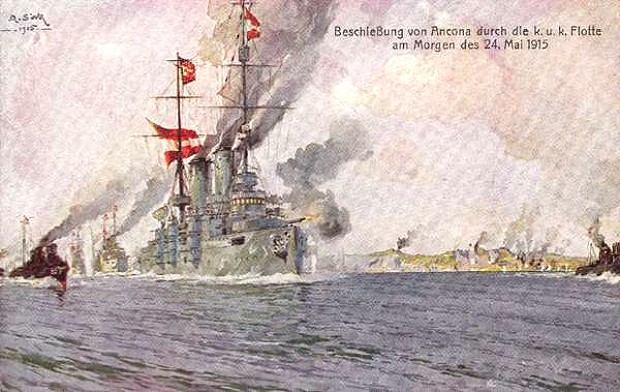 Shooting of Ancona, image is in the public domain

CD from the Naval Shanty Corus