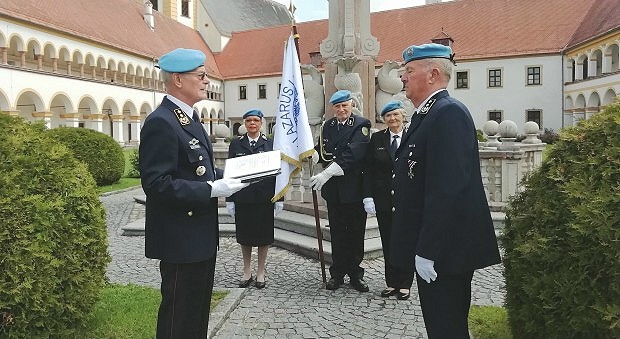 POCKING – Since the beginning of this year the LAZARUS UNION (Union Corps Saint Lazarus International – CSLI) is now also established in Lower Bavaria.

On 30th May (the Ascension Day) the Commander of South Germany, Prof. Dr. Torsten Bendrat, promoted 75 year old Karlheinz Zängle to the Commander of the LAZARUS UNION e.V. Lower Bavaria with rank of a colonel CSLI and he handed out the official decree as a group member of the LAZARUS UNION. This took place in the inner courtyard of the monastery “Stift Reichersberg”in Upper Austria Afterwards there was a common lunch and a little walk through the spa park of Bad Füssing.

The Lazarus Union Lower Bavaria e.V. has only ten members in Pocking and Bad Füssing and was established as a registered association until the beginning of January 2019. This “branch”of the international operating helping association in Special Consultative Status with the ECOSOC of the United Nations based on Kreuzenstein Castle in Leobendorf (Austria) got the neighbourhood assistance named “VNH Vital” on board which was founded only four years ago. No wonder: Karlheinz Zängle and his wife Juliette are also very engaged in this association!

Through this cooperation there is now a “win-win-situation”: “VNH Vital” also collects donations for projects of the LAZARUS UNION. Karlheinz Zängle points out: “The money will be used specifically for regional projects.” Actually the following projects are planned: Women’s shelter Passau, German Maternal Convalescence Movement, District Youth Organisation and The White Ring. These institutions shall benefit from the charitable work in the sense of the Holy Lazarus. 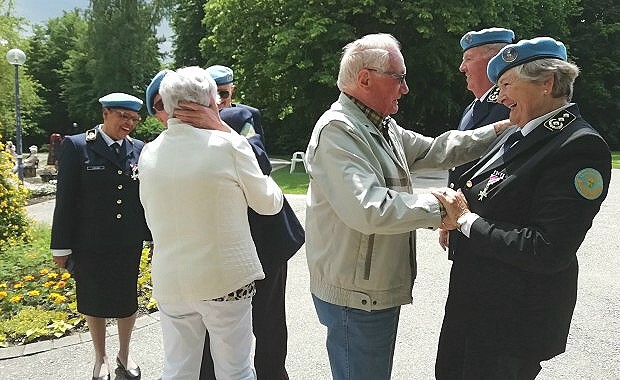 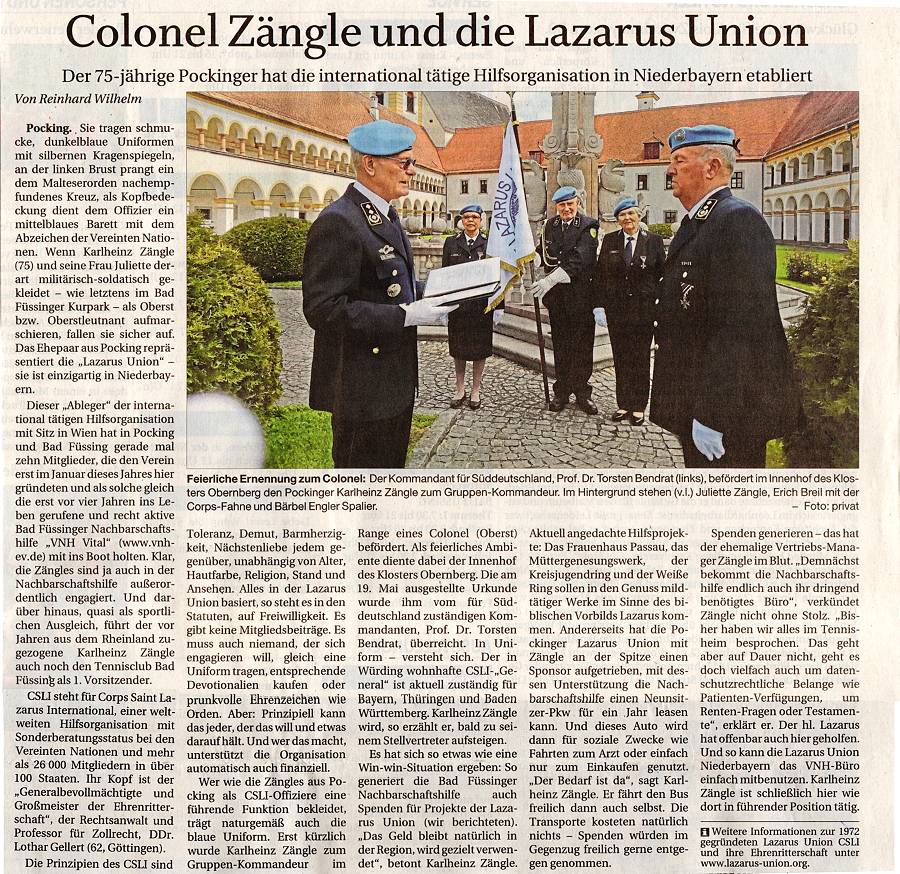 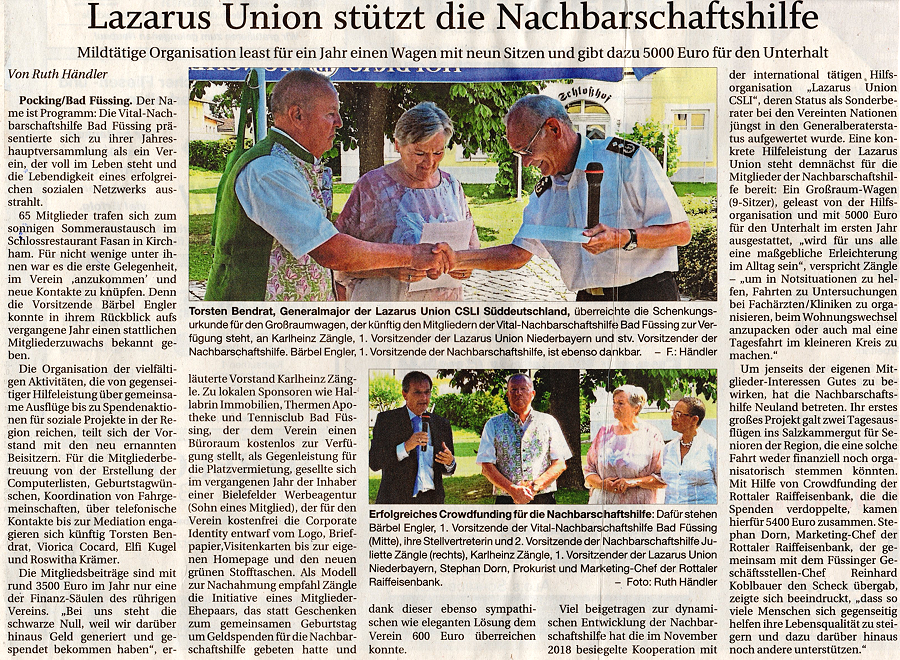 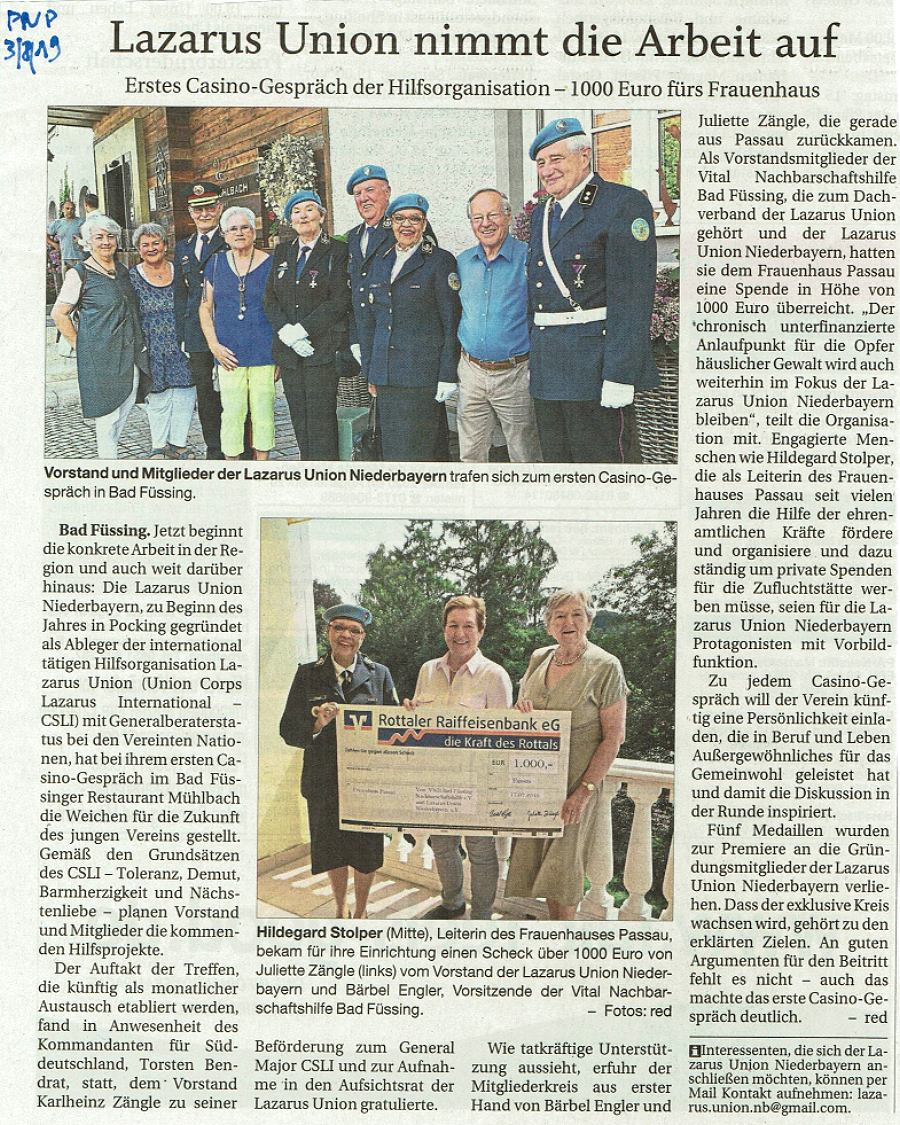 Charity Morning Concert of the Big Band of the Lazarus Union