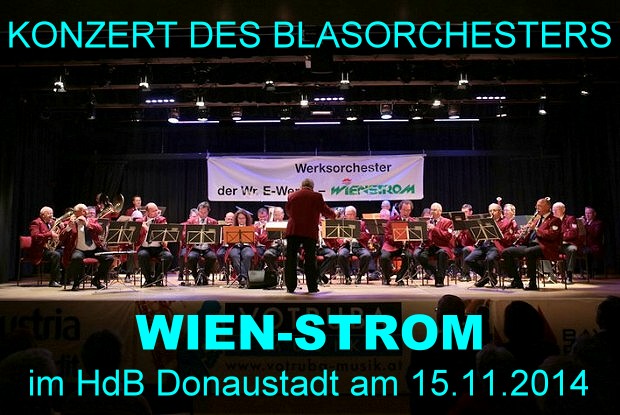 A highly-deserved award to the director of music! 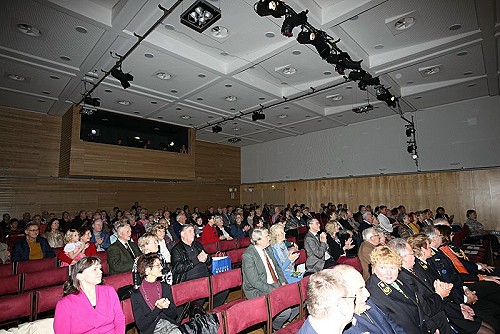 A real treat for brass band music lovers looking for a lively afternoon’s entertainment was provided at the Donaustadt Meeting House by the Wienstrom Band, the brass band of the Vienna Electricity Company. 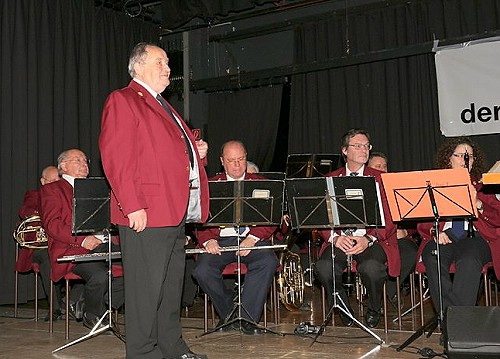 Under the direction of Director of Music Franz Gruber, the band played pieces by C M Ziehrer, Johann Strauss, Franz Lehar, Karl Millöcker and Robert Stolz, among others. 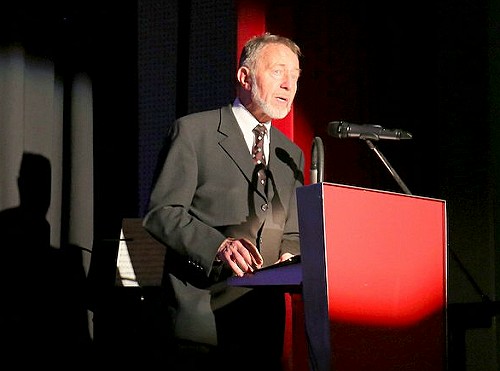 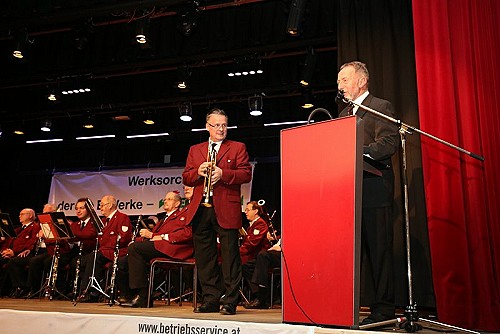 Refreshing anecdotes from Mr Helmuth Schmitzer connected the musical items in the program, and Lizzi Koroschitz (soprano) and Michael Wagner (tenor) sang beautiful melodies individually and as a duet, alternating with the band. 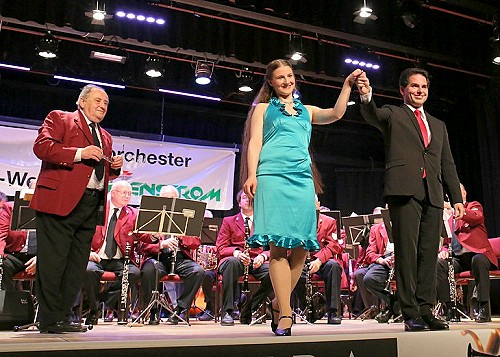 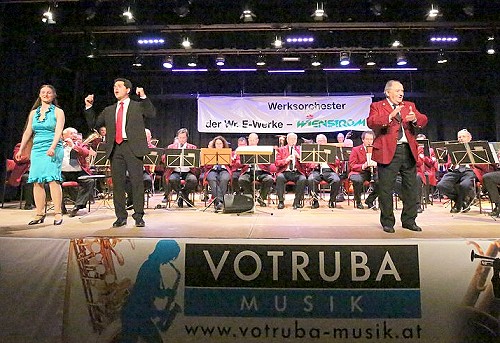 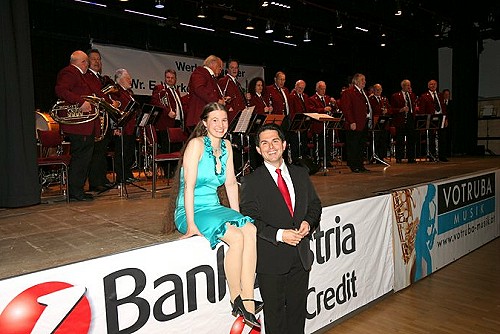 When the applause died down after the second song, there was a surprise for 75-year-old Conductor Franz Gruber. Senator Wolfgang Steinhardt concluded his remarks on the work of Lazarus Union by making an award to Franz for his more than 40 years as a conductor. To great acclaim he was awarded the Grand Cross of the Union’s Lazarus Cross for Science, Research and the Arts as a visible recognition of his services. 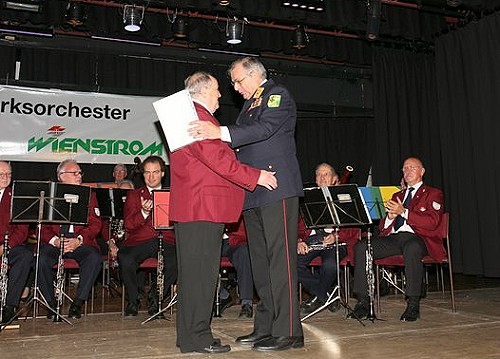 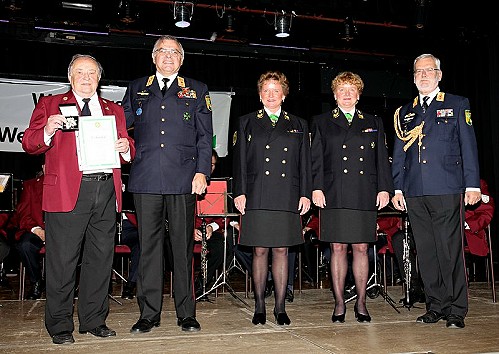 The Music Corps of the Lazarus Union also enjoys playing the wonderful arrangements of the honoured conductor and maintains close contact with the Wienstrom Band, mutually helping out when needed. Although not specifically mentioned, ten Lazarus Union musicians also played at this concert. 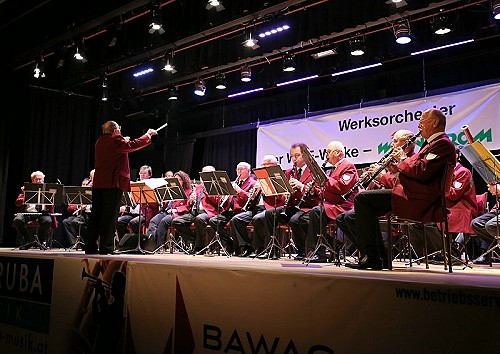 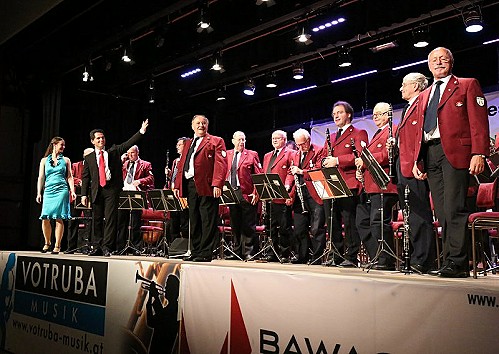 The concert ended to vigorous applause from a delegation of medical workers from Äskulapkreuz-Sanitätsdienstes, the Lazarus Union and many affiliated music lovers, including Dorothea Winter B.Ed., the widow of Harry Winter formerly Bandmaster of the Hoch-und Deutschmeister Regiment. It had certainly been a beautiful and successful afternoon!! 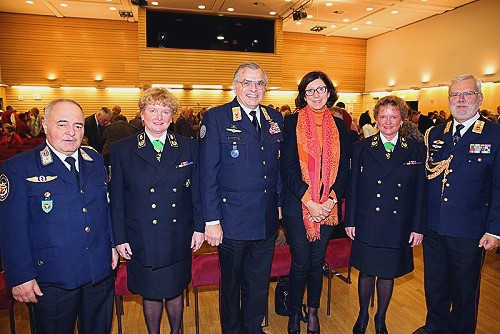 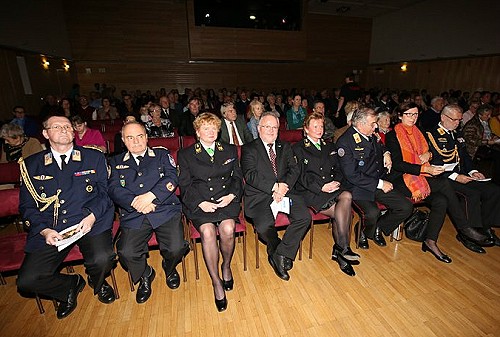 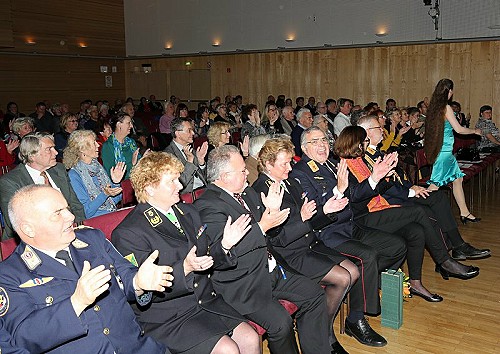 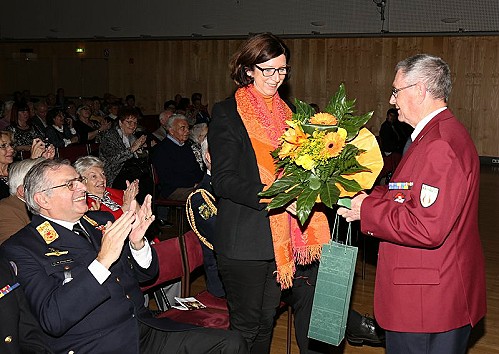 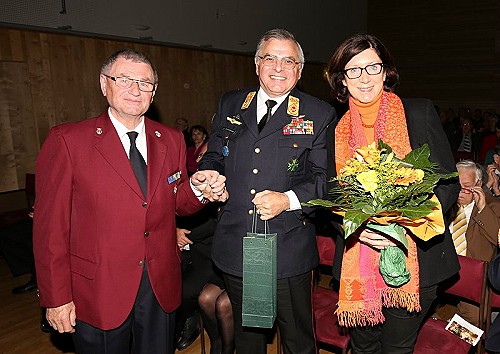