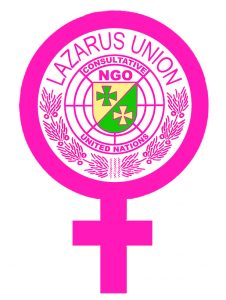 The achievement of the goals, which include ending poverty, promoting sustainable and inclusive economic growth, reducing inequalities within and between countries, and achieving gender equality and empowerment of all women and girls, is based on the full potential of women in the world of work.

The Lazarus Union as an international NGO with general consultative status with the United Nations, has since its foundation, in its statutes, self-presentation and mission statement, been committed to full equality without regard to gender, and supports the goals of UN-Women (United Nations Unity for Gender Equality and Empowerment of Women) in all its projects. In the new project in Uganda, which is currently being developed, the advancement of women also plays a central role.

(The International Women’s Day has been celebrated annually on 8 March since 1921. In 1975, the United Nations designated it as United Nations Day for Women’s Rights and World Peace. The aim of International Women’s Day is therefore to raise general awareness in society of women’s issues, the equal participation of women in working life, and in political decision-making processes and social resources).