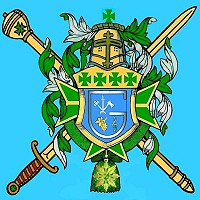 Double award for our General Plenipotentiary

Twice our General Plenipotentiary has been awarded by the Governors of two States of the United States of America. 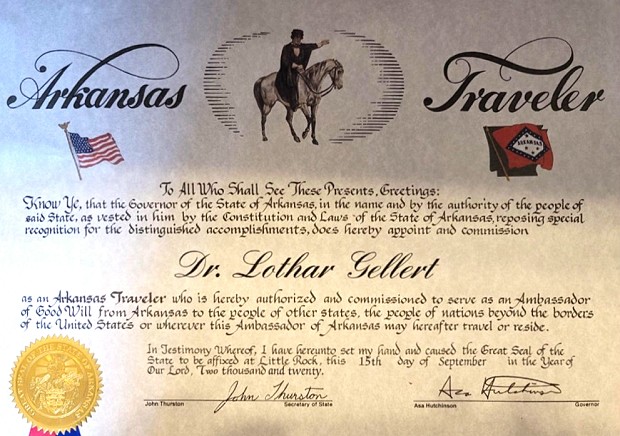 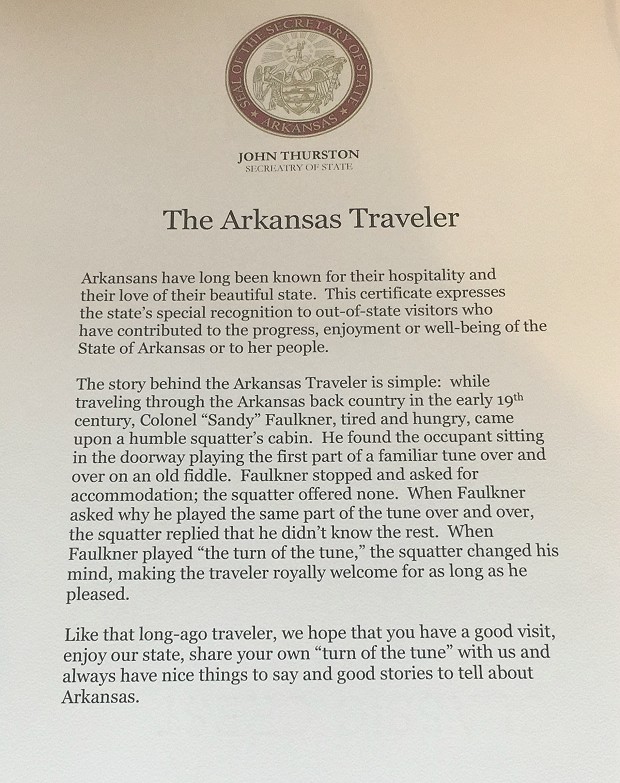 The status of the Arkansas Traveler is an award given by the Secretary of State and the Governor to people who do not live in Arkansas. It is awarded to people who have worked for the welfare of the state or its inhabitants.

The award goes back to the following story:

Colonel” Sandford C. Faulkner, a wealthy plantation owner from Chicot County, Arkansas, had got lost in the Bayou Macon area one day and eventually came across the dilapidated hut of a poor settler. The colonel pointed the settler to the hole in the roof of the hut and learned that the settler would not repair it now because it was raining.

When asked why he wouldn’t repair it if it wasn’t raining, the old settler replied, then it couldn’t rain in.

When the colonel asked for a night camp and something to eat, he received a blunt negative response. Also to his questions, where the road he was on leads.

During the conversation, the settler tries to play a melody on his violin, but always plays only the first half because he did not know what was going on. Faulkner lets himself be given the violin and plays the whole piece to the delight of the settler, who then offers him a place in his hut, as well as food for his horse and a lot of whisky that he had kept hidden. 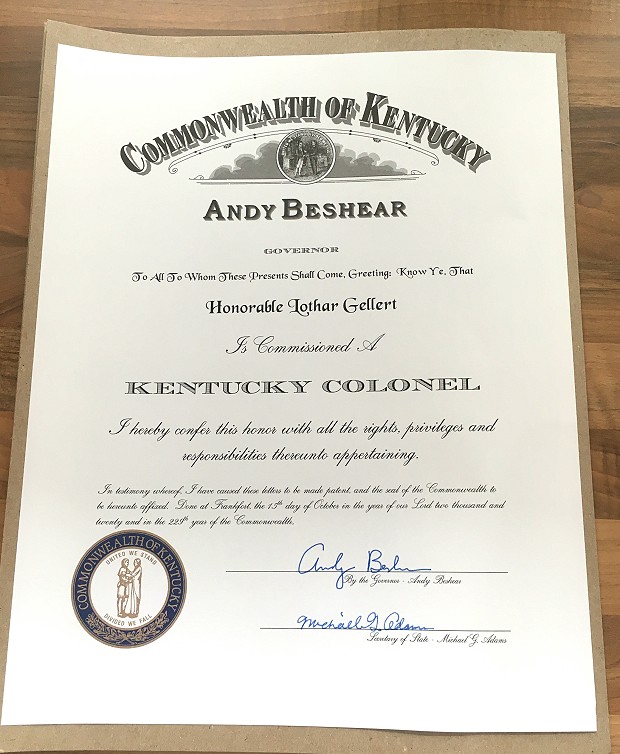 The Order of Honor of the Kentucky Colonels is a charitable organization. With this award, the governor wants to honor people for their service to others.

The Order of the Kentucky Colonels is particularly committed to children and supports people in need.

Already at the beginning of the 19th century, honorable personalities were honored with this title. Especially after the dissolution of the Kentucky militia in 1812, these awards were given by the respective governor.

The honorees are entitled to have the honorary title of “Colonel” in front of their name and are lifelong members of the Order of the Kentucky Colonels. The Governor of Kentucky is the Commander-in-Chief of this Order.

Decoration of Honour of the General Plenipotentiary