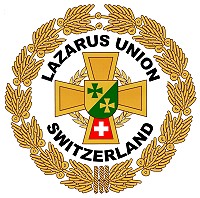 Tuesday, 23th July 2019,
in the afternoon in the supermarket COOP in Basel

It is an extremely hot day and I am glad to fill my trolley with delicious things at the air-conditioned supermarket. Indeed, not to fill, but to buy purposely and to benefit from the articles reduced by 25 % and 50 % (meat, cheese etc.) in order to save the currently streamlined budget.

After I put all articles that were on the shopping list (helps to avoid impetuous impulse buying) into the trolley I went to the check out. Thank goodness no queue.

In front of me an old snow-white woman with a bent back using a cheap walker wants to pay her purchases. Painfully and with shaky hands suffering from arthritis she scratches the coins that were in her purse.

One coin after the other.

The young cashier counts patiently and favorably each single coin. Behind a man in the middle-ages became impatient and murmured “This old woman screws up my date”.

Meanwhile the purse of the old white woman is empty and one coin is missing. “Oh”, she says disappointed with a trembling voice. “Okay, then I will leave the chocolate waffles!”

“No – that is not necessary”, I said spontaneously (her disappointed face has just touched my heart) and loudly: “I pay the waffles for you, take them with you and enjoy them”.

It was as if the sun raises – several suns. The old women beamed like a cockchafer and thanked a thousand times. One of her eyes shined thankfully (the other eye was blind). The cashier beamed and was happy about my small gesture. The man behind me was calm but he smiled.

As a reward the cashier gave me two more lottery tickets and wished good luck. The white women waited for me and she one again thanked me brightly and happily.

Won articles with the value of the chocolate waffles.

“non nobis Domine non nobis” – I don’t know who was happier today. The old woman with the given chocolate waffles or me because I was allowed to act like a Knight.

It only takes a few to be a knight