The Martial Arts Charity Seminar “Magic of Martial Arts (MoMA)” took place in cooperation with the SOK under the leadership of Babak Philip Saviz (SOF & CSLI Member) and the Martial Arts Association – International under the leadership of Bernd Höhle (SOF Commander, Deputy Union Commander & General CSLI). 20 lecturers from Germany, England, Denmark and other countries showed their martial arts skills in a workshop. Entirely in line with the motto “Together we are strong – together instead of against one another” the event was partly organised for the benefit of the child welfare organisation ICH International Children Help e.V.

„The great atmosphere, the large number of visitors and participants and the harmonious being together are some aspects that make this event so successful every year again. We are more than satisfied and next year we will organise the MoMA again with full enthusiasm”, said Babak Philip Savaz.

Already at 9 p.m. the first visitors stood in line at the cash desk and the sports hall and the gallery filled up increasingly. During the first hour the lecturers were introduced, Masters and Grandmasters who are popular martial artists at national and international level.

Afterwards the Martial Arts Workshop Day started on six mat fields and the whole day the participants could try out the different traditional and/or modern martial arts. For example  Aikido, Iadio, Krav Maga, Escrima, MAS (Martial Arts System), Kickboxing, Muay Thai Boxing, tactical fighting systems, Anti Terror Training, women’s self defense, Jeet Kune Do, Grappling, British Street Fight, Pencak Silat and so on. One “unit” took 40 minutes and there were seven units on six mat fields. „Who has the will to learn and to learn from each other will not be disappointed by our seminars“, said Bernd Höhle.

„It was just fantastic, you could get practical insights in other systems and styles. The MoMA is an enrichment”, said Jan Berger, one of the participants who came from Hamburg just for this event. Also the local people were enthusiastic.

„It seems as if the quality of the event became more and more popular in the martial arts scene. We are very happy about that”, said Master Björn Madrasch. 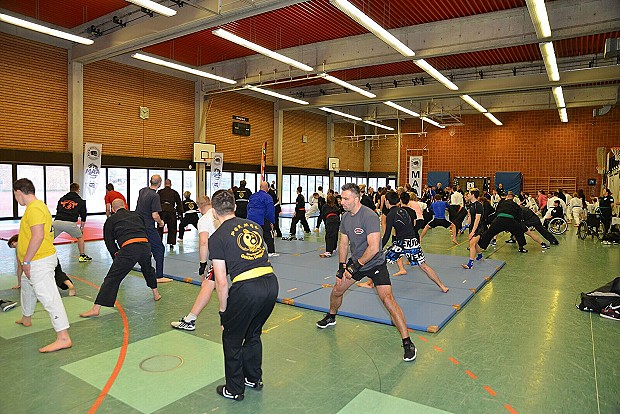 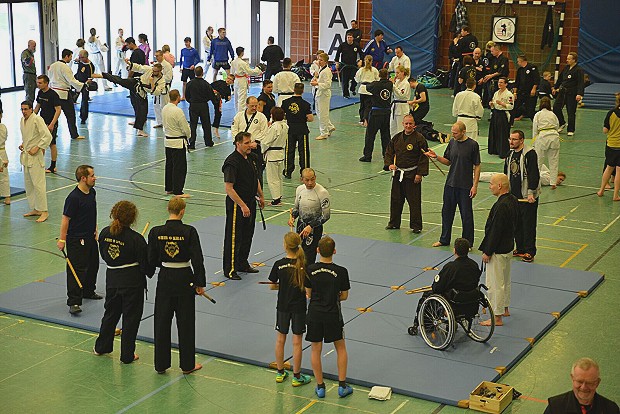