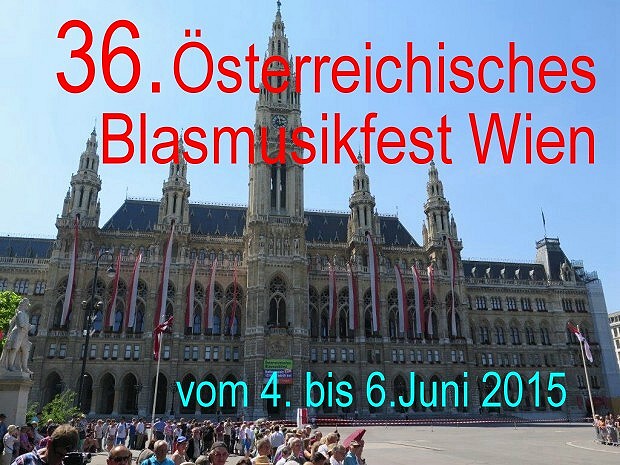 … the Lazarus Union and its marching formation were there.

This does have a long history. For 36 years allready the City of Vienna invites various brass bands from all over Austria and South Tyrol to parade together along the Ringstraße in Vienna and then play some jaunty marches for the citizens in front of the Vienna City Hall. 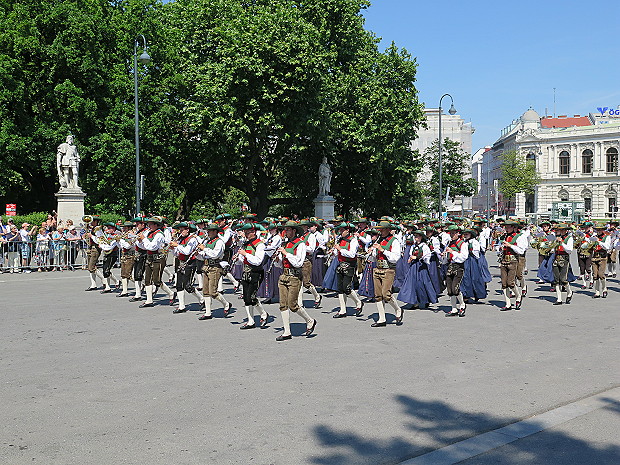 For all the participants it is also very important to see and hear also other bands and to compare the various performances to also improve one‘s own play by adopting from others. 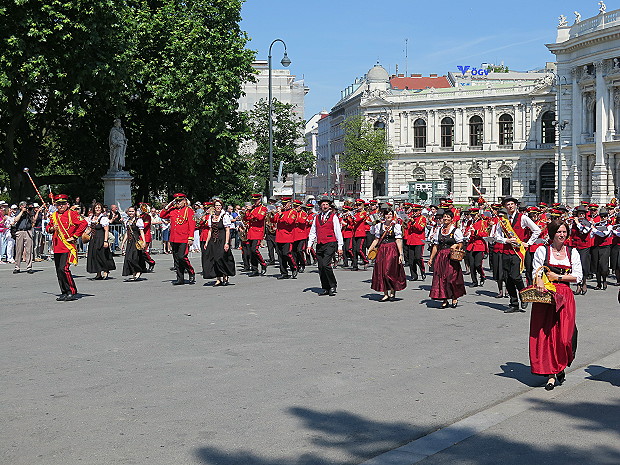 So, after some earlier experiments, the bands parade over the Ringstraße since 1979 already. This festival was brought into being by the unforgettable vice mayor Gertrude Fröhlich Sandner, together with a couple of representatives from the Austrian Brass Music Association.

Even after 36 years the author of these lines is proud to have guided the first brass bands through Vienna by then and to have invited them after their applauded performances for dinner in the name of the City of Vienna. 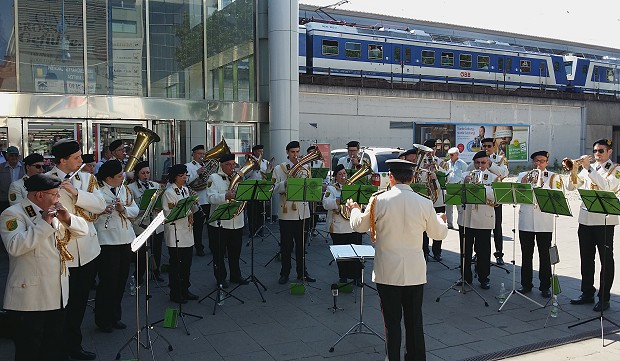 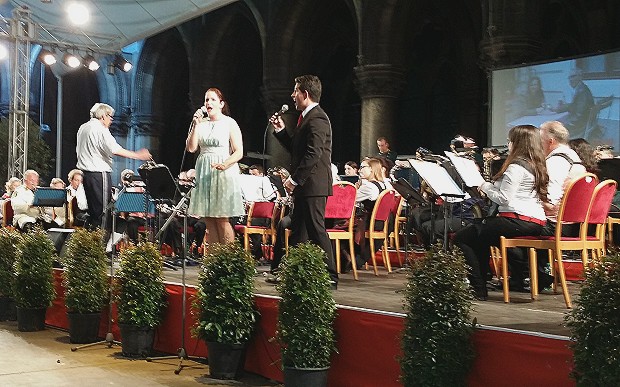 The next evening one band from an Austrian province is invited to present itself and its repertoire. This year the oldest city brass band – the Wilten Town Band – founded at the begin of the 17th century – presented the perfected art of pipes and drums. 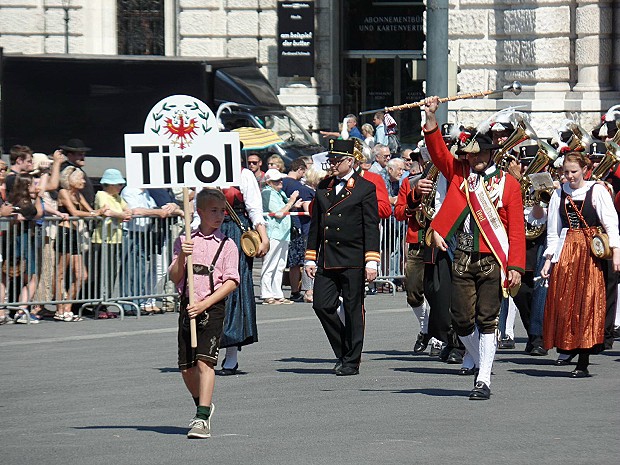 Besides the overly large audience the high level of the presented pieces thrilled the arcaded court until even the grotesque figures bowed their heads in reverence. Of course also prominent Lazarus Union representatives participated in this feast for the ears. 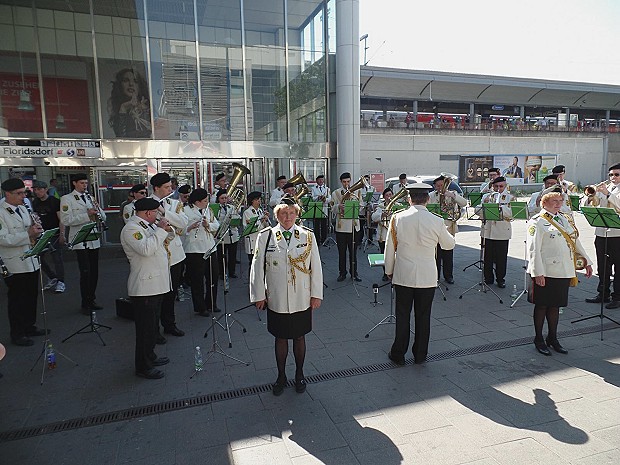 The next day an early rise was required as the Lazarus Union Music Corps‘ marching formation played in Vienna‘s Floridsdorf district in front of the regional express train Station. 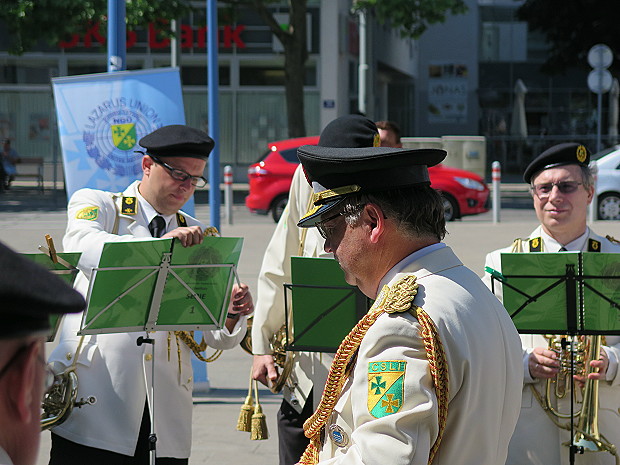 Much applauded and richly deserved our music representative and band master Friedrich directed his formation. All dressed up poshly, including a bunch of lovely sutlers, with a top-class program consisting of various marches including the Lazarus Union march to the inevitable “Radetzky March“ for the finish. 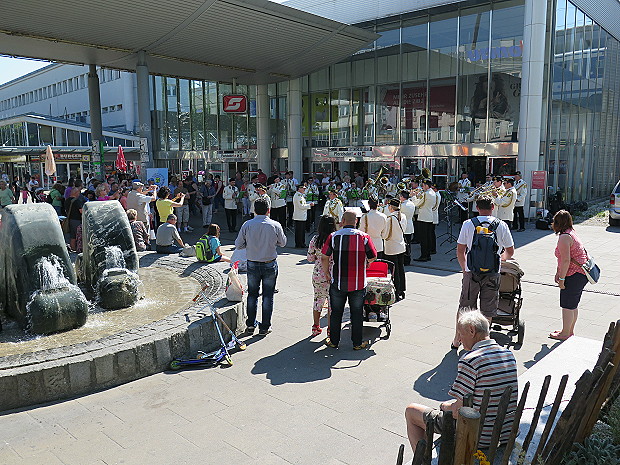 This is how traditional Austrian brass music must be! Nothing else. 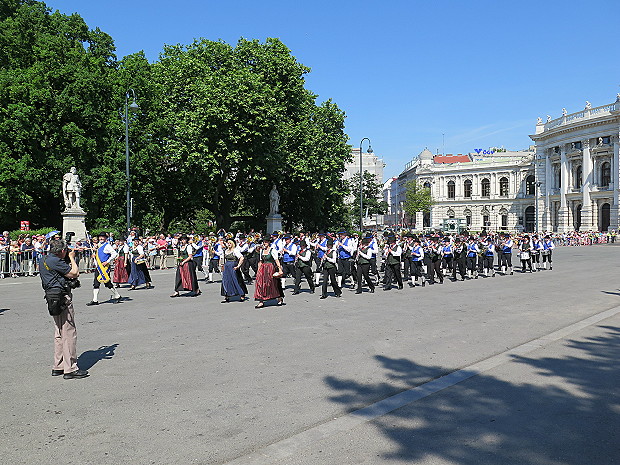 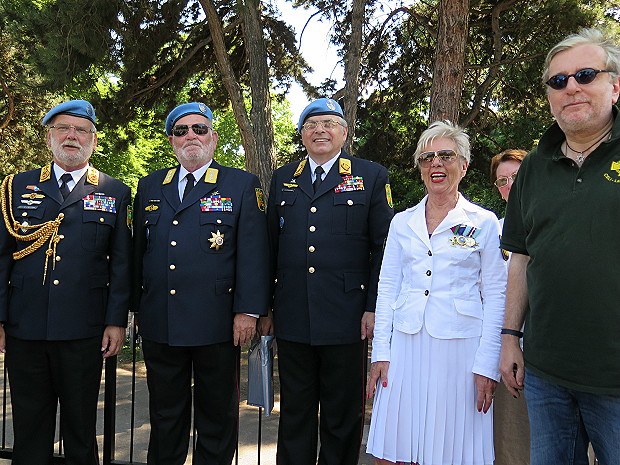 But the sensational show makes all this quickly forgotten. The marching block from the Austrian counties unfortunately mix up the various bands, each of which would have its own special character, its own charm, its own sound ….especially our Lazarus Band experts. Their specific Lentner swing does not sound out. 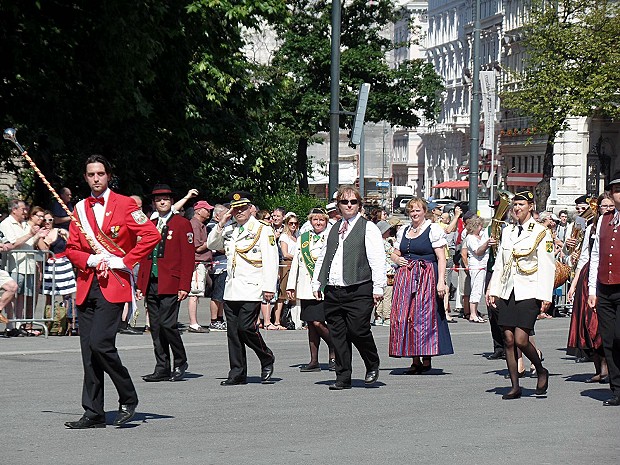 So all together form a mush of melodies. Of course the show from the town band Radstadt and the band of the Army Guard Vienna fascinate the guests. 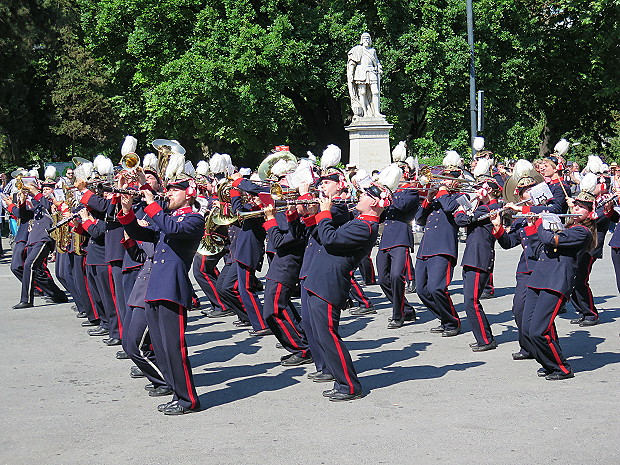 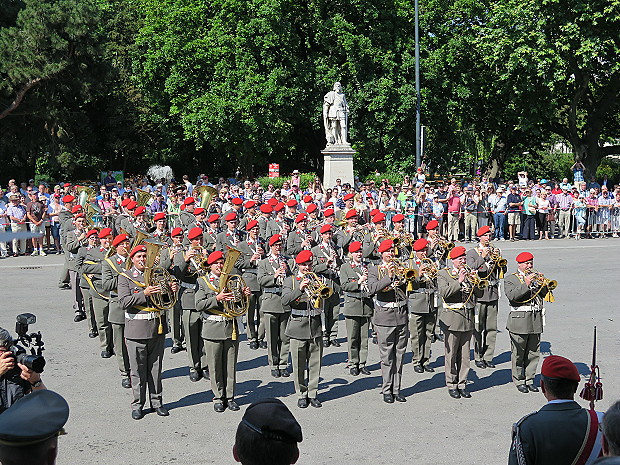 It reminds one strongly of “trooping the colour“. After the parade there is a concert in front of the town hall by all bands playing together. The band master, Col. retd. Prof. Mag. Hans Schadenbauer has a hard job directing 1,200 musicians but he succeeds. The Radetzky March unites all musicians and thousands of visitors all clapping along the beats to a community. 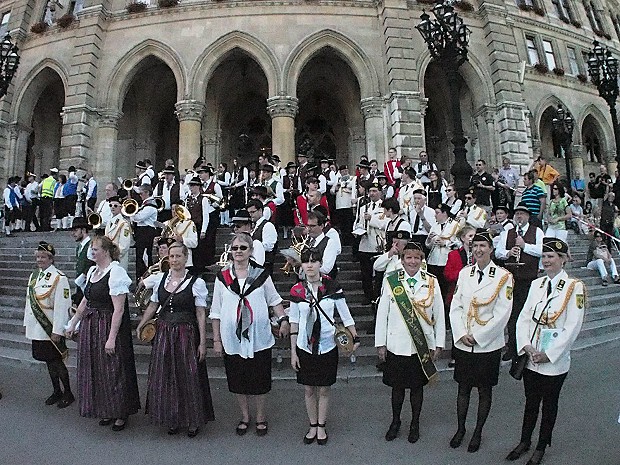 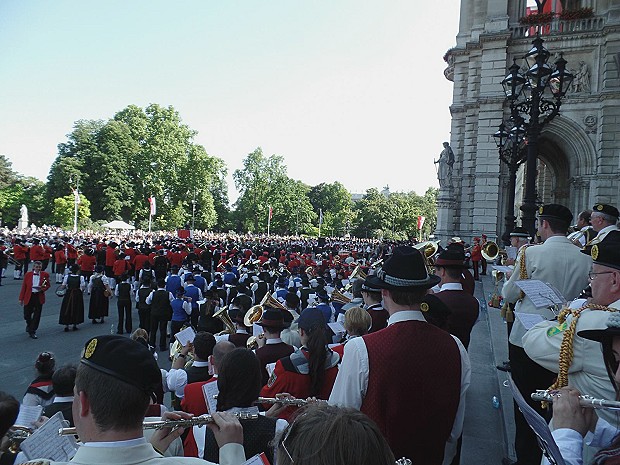 Viva la Banda! Soaked with sweat, yet incredibly happy. This is my personal summary. What more could one want. Over the year a real brass music aficionado does have only a few such moments of happiness. Until the next time which could mean in several years. Just imagine: in Austria there are more that 100,000 brass musicians playing in approximately 3,000 bands. Yet only between 20 and 25 get invited to this event – a great honour indeed. 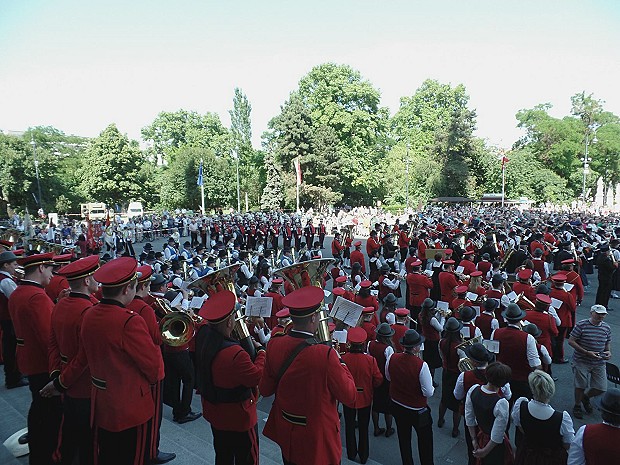 Kudos to our musicians and their band master for their performance and their commitment!

A day in Vienna