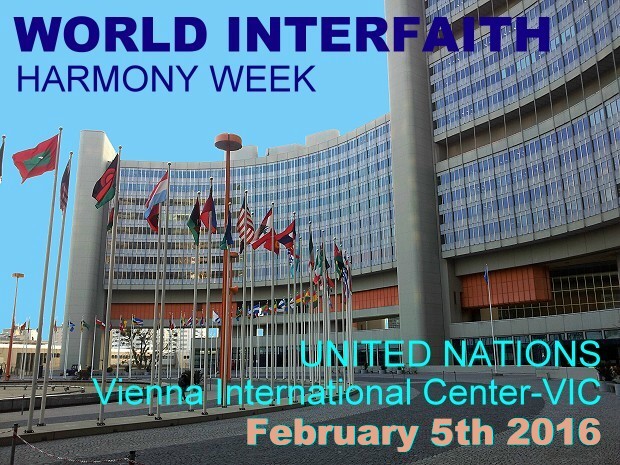 The UN General Assembly declared the first week of February in 2010 as “World Interfaith Harmony Week”  . Since then there have been thousands of events around the world by interreligious associations and other groups to demonstrate that the similarities between the various religions far outweigh the differences when it comes to living together peacefully.

For the second time, the LAZARUS UNION was invited by the Universal Peace Federation (UPF) to attend their annual conference and was represented by President Wolfgang Steinhardt, Vice President Christoph Ptak, Ambassador of the Lazarus Union for Turkey Ludwig Brunner and Chief Auditor Josef-Maria Gebel. 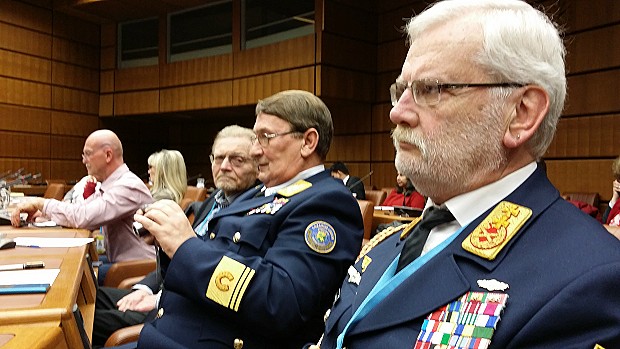 This year’s UPF conference at the Vienna International Centre (VIC) took place under the slogan “Toward Peace and Reconciliation in Syria and the Middle East—The Role of Religions”. 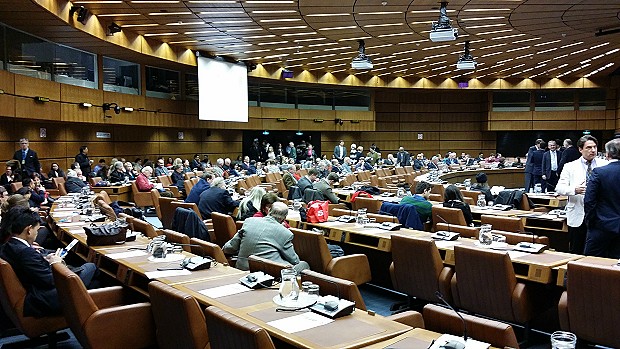 With its many developmental programs, the United Nations supports countries in their efforts to combat poverty and utilize crisis prevention, as most conflicts in developing countries originate from large social and economic disparities. Other priorities are the protection of human rights and equal treatment of women. The religions in the region are also of great significance. 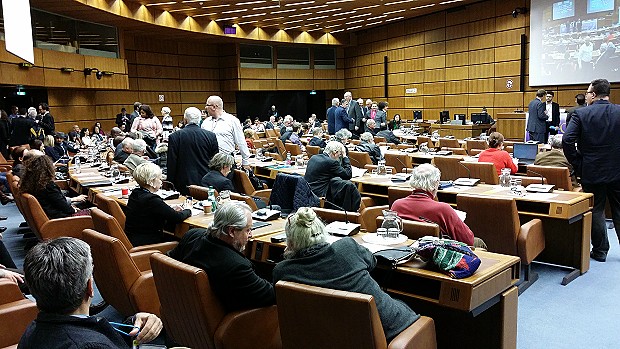 There are about 4,200 religions worldwide that follow many different rules, some which are clearly not religious commandments, but instead represent outdated stereotypes. Perhaps the subordinate role of women is due to the fact that most “Gods” are male. 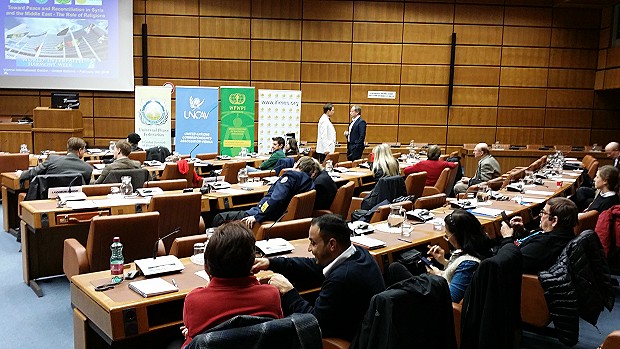 Many interesting contributions (see a copy of the program above) could be heard on this subject. The LAZARUS UNION was also able to express its views on this subject to conference delegates. Our approach was greeted with spontaneous applause on more than a few occasions. 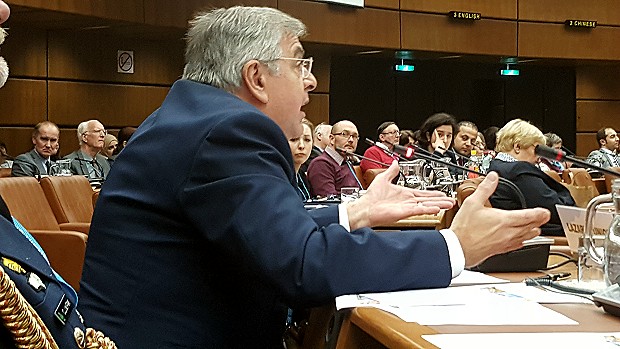 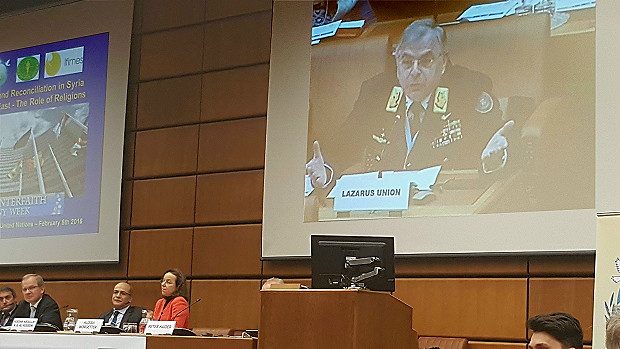 Our president addressed the spiritual high dignitaries with these words (among others):

“… Gentlemen, please consider what would have happened had you not been born in Europe into an environment that has enabled you to grow up as a Catholic and to be familiar from birth with this religion. What would have happened if instead of Europe, you had been born in the Arab world and raised as a Muslim? You would probably be just as good a Muslim as you are now a Catholic. When a baby is born it is completely naked and has no idea of religion and politics. The environment we are born into defines us and determines our future life. At birth, we don’t know anything! For this reason, we should not talk of “tolerance”, but of “acceptance”. We therefore accept everyone in his or her uniqueness …) 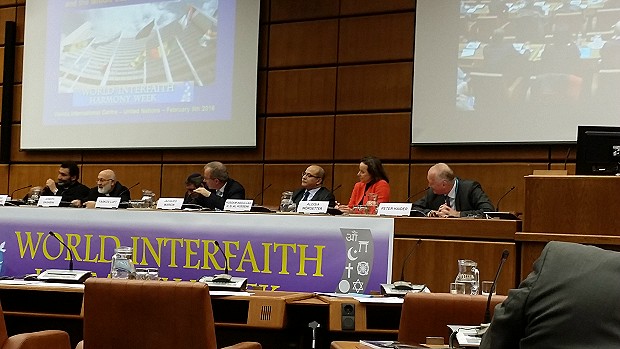 Despite all the setbacks, the conference delegates were optimistic that a significant contribution can be made to world peace through intensive dialogue between religious groups who understand, respect and cooperate with people of all faiths. Nevertheless, the road ahead will not be easy. The mission statement of the LAZARUS UNION was accepted during the break and was afterwards still hotly debated as a possible solution. 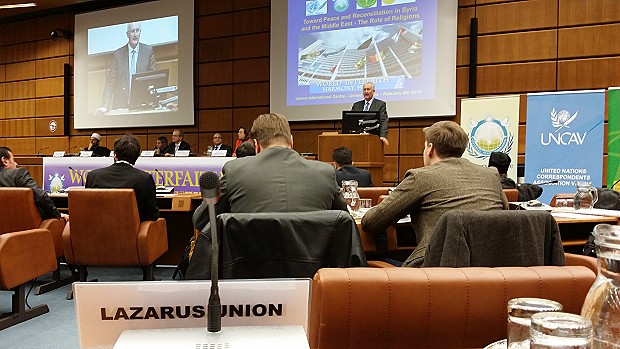 Wars are not caused by religions but by people! 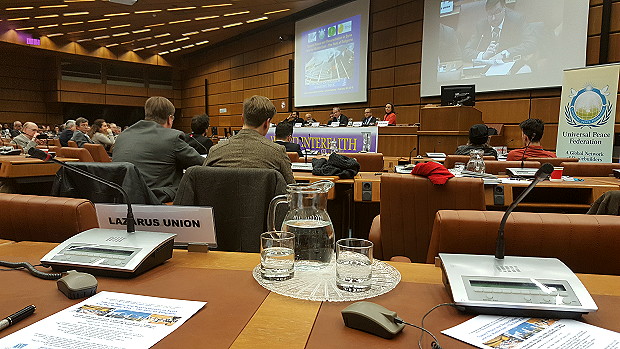