The United Nations congratulated our delegates on the highest NGO status 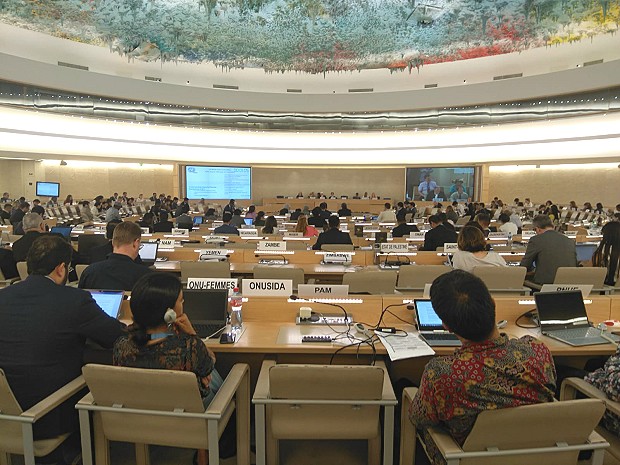 Just before our journey to the United Nations in Geneva we received an information that should shed another light on this upcoming journey. Thanks to the virtually inexhaustible work of our former General Plenipotentiary and current Special Ambassador Senator Prof. h.c. Wolfgang Steinhardt the Lazarus Union got the „General Consultative Status“. What good news! Was für eine Botschaft! Not only in the sense of having received that message of this so-called “upgrade”, but rather to know which power and responsibility are behind it in equal parts. 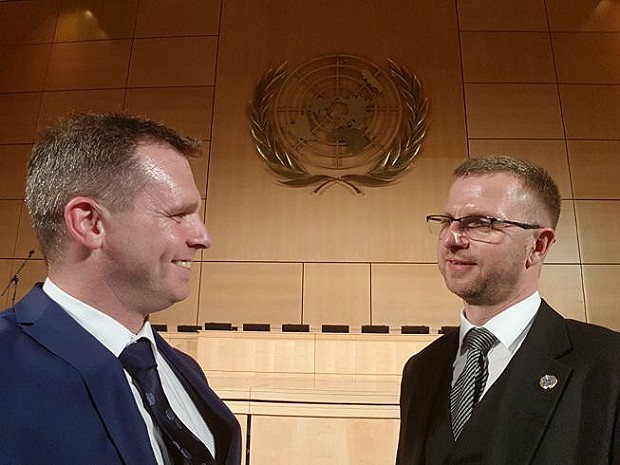 After having received the „Special Consultative Status” with the United Nations in 2014 and the nomination for the Peace Nobel Prize 2017 hardly anyone suspected a further upgrade. We all know that it was a long and often difficult way before this success could be realized. Indeed it is not only the work of a single person but the work of many people within the Lazarus Union who made their contribution. Nevertheless we are more than grateful for the work of the Special Ambassador Senator Prof. h.c. Wolfgang Steinhardt. Finally it is due to his person where we standing now and continue tirelessly continue in our endeavor for the benefit of many people.

As already mentioned we took the plane from Berlin to Geneva with a different feeling. 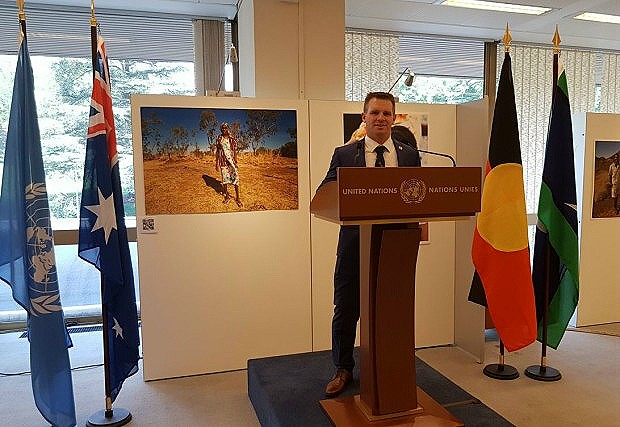 Arrived at the United Nations it was a surprising moment for us being welcomed with congratulations for the “General Consultative Status” at the reception.

We had planned a lot of things for that day. First of all we sit in the great hall among many nations which currently discussed the highest and sometimes most important item for all people in the world: human rights. 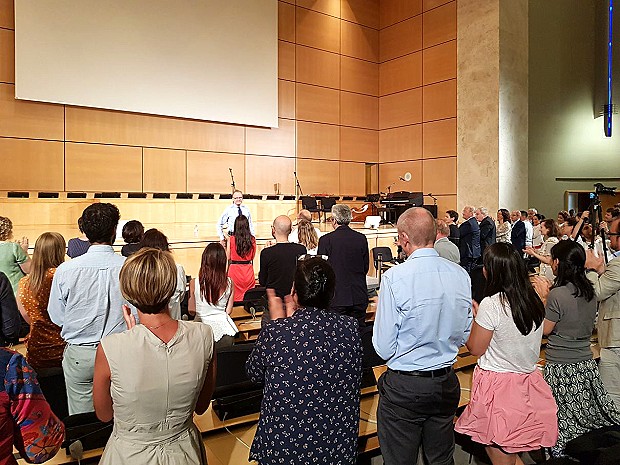 Facing many questions and answers we again realized the importance of our work. We realized that we also play a small but nevertheless important part. As “Special Force” within the Lazarus Union we always try hard to achieve much good all over the world and to help those who are in need. During this meeting we learned that the worldwide support and input from the NGO’s is not without relevance. Besides the United Nations they play a very important role. Everybody can imagine that we were very proud to hear this. 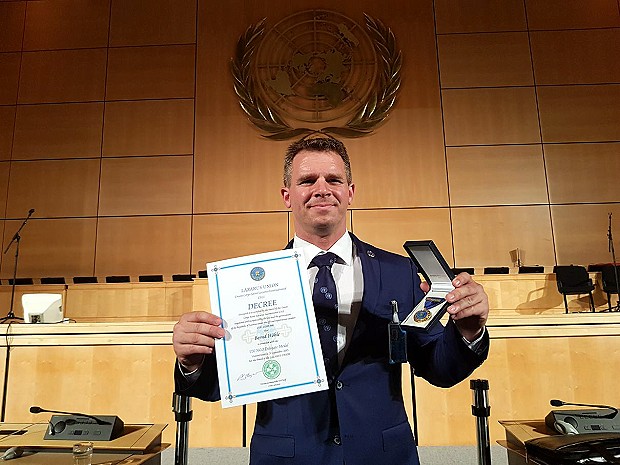 It became more remarkable and explicit when we listened to Michael Möller during the next meeting. He resigned well-deserved from his office as „General Director” in Geneva after 40 years of service. He invited to a special meeting and he answered all important questions. After this meeting we did not miss to thank and to congratulate him during a personal talk.

With many further impressions, meetings, talks and visits of different information points on the floors concerning “human rights” we went on our way back late in the evening. 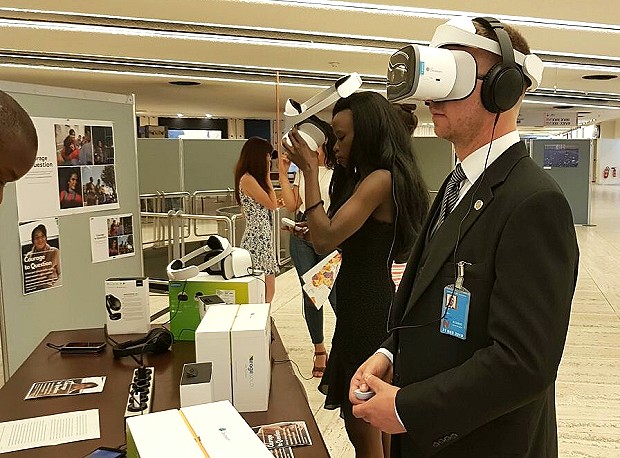 After the integration of our international peace and aid organisation “The Sword of Freedom-Corps” into the Lazarus Union we never dreamed where the journey is heading. 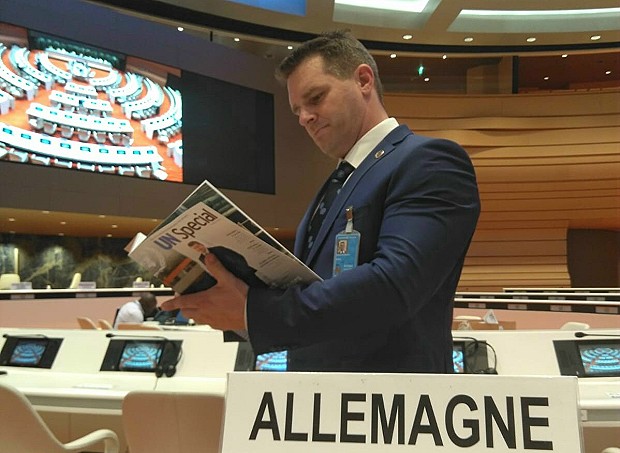 After the integration of our international peace and aid organisation “The Sword of Freedom-Corps” into the Lazarus Union we never dreamed where the journey is heading.

All the more we appreciate the trust in our work. To be a delegate to the United Nations is not just the importance of being able to attach the corresponding passport to the chest. Rather it is the meaning of responsibility that we carry. Above all, with the approval of the “General Consultative Status”, we are now even more aware that our work must not be allowed to rest and that we can continue to do so in our endeavour to be active for others.

We for others and nobody alone !!! 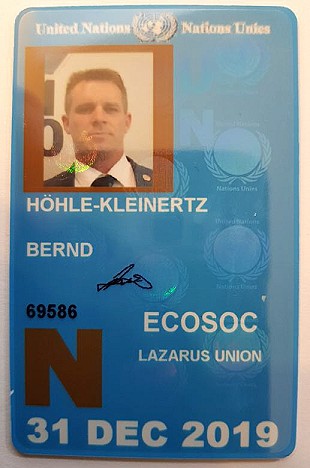