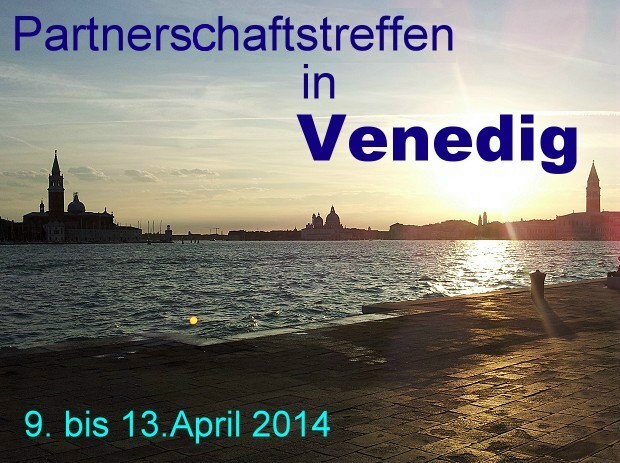 From 04.09.2014 to 13.04.2014, members of the Naval Fellowship Archduke Ferdinand Max (Chairman Wolfgang Steinhardt and Comrade Dr. Oswin Hochstöger) took part in partnership meetings between the OMV and the Italian naval association AMNI.

The occasion was the signing of a twinning agreement between the Austrian Naval Association and the Italian Naval Association, which took place in a suitably impressive ceremony at the Naval Church of San Biagio in Castello,Venice. Among other reasons, the church was selected because the heart of an Austrian Archduke of the Habsburg Dynasty, Friedrich von Habsburg, is interred here. A palm was consecrated in front of the Church and then Mass was celebrated before the signing of the twinning agreement documents. Five members of the House of HabsburgLorraine, and the Austrian Military Attachée fromRome, attended the ceremony. Hereta and Sandor von Habsburg presented the Italian comrades with a symbol of peace and understanding (flame of peace). The Italian Navy Association really spoiled their Austrian Navy comrades with a great supporting program. This included a reception in the State Parliament of Venice followed by a buffet, a lagoon tour of the fortifications of San Andrea and a wreath-laying ceremony at sea. This was followed by a wreath-laying ceremony at the cemeteryislandofSan Michele, at which members of all the uniformed comradeship associations ofItalywere present (Alpini, Bersaglieri, Carabinieri, etc.) The cultural and culinary highlight of the social program was a gala reception at the Palazzo Foscari preceded by a concert of medieval court and banquet music played by Venetian music professors on old instruments. The whole event was very well organised by the President of the OMV, Colonel (Retd.) Karl Skrivanek and the President of the Venetian AMNI, Sub-Lieutenant Pinto. Special memories that will remain are the warm atmosphere that characterized the entire program, an improvised group vocal performance in the bar of the local Venice Marine Association and the excursion to the old Arsenal.