A report by the „Spectator”

The President of the Austrian Naval Force (ÖMV) Prof. Dipl.Ing. Colonel dhmD a.D. Karl Skrivanek (Knight of Honour of the Lazarus Union from the very start) invited aganin to the Austrian Marine Day 2017 to strengthen friendships and the comradely being together. 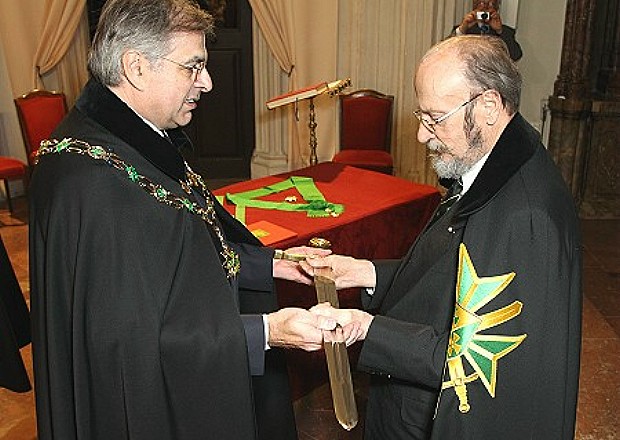 The CSLI Navy Corps maintains friendly relations with many naval comradeships and some of them are also group members of the Lazarus Union. The Lazarus Union was represented by the Chief Representative Senator Prof. h.c. Wolfgang Steinhardt.

This greatful day started with a devotion in memory of the 300th birthday of the Empress Maria Theresia on 13th May 1717 in the “Elisabethkapelle” of the “Kaiserjubiläumskirche” 1010 Vienna, “Mexikoplatz”. (The place is named “Mexikoplatz” because Mexiko was the only country that protested before the League of Nations against the invasion of the German Troops in Austria 1938.) The devotion was placed under the auspices of H.E. Military Bishop Dr. Christian Werner. 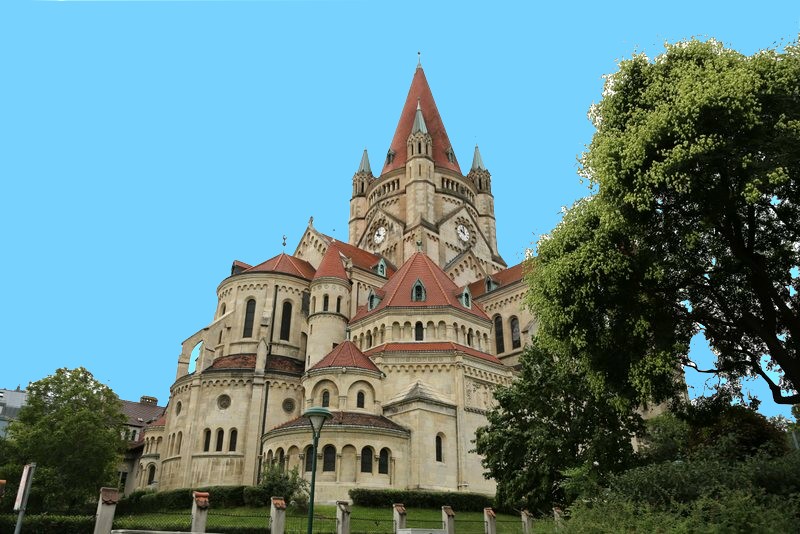 The music was arranged by an ensemble of the Marine-Traditional-Music under the direction of the conductor Reinhold Novotny (who gladly supports our Lazarus Union Big Band) and an absolute high-quality performance by the violinist Elena Denisova who interpreted “Recitativo und scherzo-caprice Op. 4” composed by Fritz Keisler in an extraordinary virtuosity.

An interesting lecture about the Empress Maria Theresia by Comrade Ehg.Mag. Markus Salvator Habsburg-Lothringen showed us in an extremely vivid way the history and the person of the Empress itself. The lecture was substained with many anecdotes.

The devotion came to an end with playing “Die Himmel rühmen des Ewigen Ehre” composed by Ludwig van Beethoven and afterwards the bus took the guests to the festival area lying near the “Donau Marina” at the Handelskai of Vienna.

There the real ceremony took place under the auspices of H.E. Bishop Christian Werner, President of the Parliament Prof. Harry Kopietz and the Military Commander of Vienna, Brigadier General Mag. Kurt Wagner.

After the traditional associations and banners stepped up the Great Flag Parade has been starting just in time at 11.30 o’clock by the “Gardemusik”.

Colonel Gebhard Bauer, who was also the moderator of the ceremony welcomed honourable and other guests.

The following honourable guests could be welcomed:

Afterwards the welcoming addresses spoken by the delegate of the Republic of Croatia, Ambassador Branimir Loncor, and an interesting lecture by Prof. Dieter Winkler about “The seamanship at the time of Maria Theresia” followed and a lecture by the Ministerial Councellor Dr. Matthias Hoy. 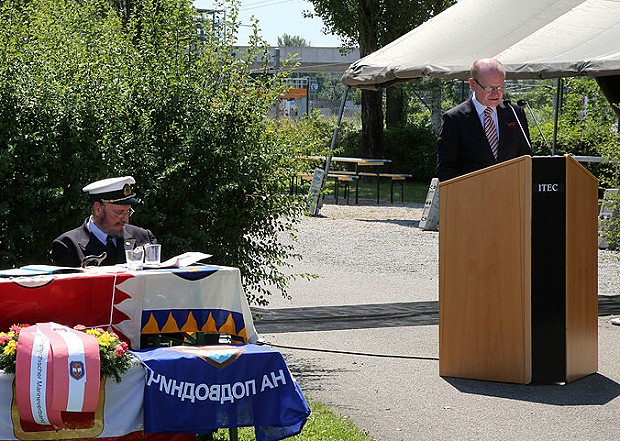 Then Prof. Skrivanek talked about youth work and the youth sailing camps of the Austrian Naval Force.

The event was accompanied by many traditional marches by the “Gardemusik” under the direction of the conductor Lieutenant Colonel Johann Kausz so that the people were not aware of the incredible high temperatures (35 degrees without any shadow!). A big compliment and many thanks to the “Gardemusik” that has been connected with the Lazarus Union by a friendship agreement since 2013.

As always the remembrance of the dead was dignified. Traditionally accompanied by the composition “I had a comrade” after a short devotion by the Military Chaplain of the patrol boat “Wien” of the water guard under the command of Chief Inspector Erich Kraus (also an Honourable Knight of the Honourable Knighthood of the Lazarus Union) a wreath was handed out over to the floods of the Danube to the remembrance of the late comrades of all nations.

The ceremony was finished with the European anthem.

The following comfortable being-together was accompanied by a concert of the Marine-Traditional-Music while the guests could enjoy good food and cold drinks.

Many ship-models of the former Imperial & Royal War Navy presented in a tent could be admired. There was also an information desk of the Museum of Military History and the Military Commands of Vienna and the guests could visit the former patrol boat “Niederösterreich” of the Austrian Armed Forces.

It was a great, dignified, comradely day which unified nations and we are looking forward to the Naval Remembrance Day 2018.