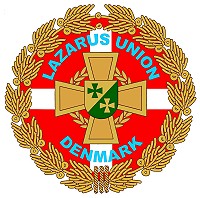 High civil award for Sune Schønnemann
A report by Spectator

Sune Schønnemann, a Danish member of the Lazarus Union and member of the of the advisory board, received the highest Danish commendation for work in the Civil Defense.

Mr. Schønnemann is the Deputy Reginal Commander of the Civil Defense Association in the capitol region, with the rank of major. Besides that, he has been the regional Public Information Officer, commander and 2IC of a municipal civil defense section, and he is currently also serving as treasurer for a municipal section. Mr. Schønnemann is a first mover, and he was the youngest ever to undergo training at the Danish Emergency Management Agency Leadership Academy, he was one of the very first Youth Fire Cadet instructors in Denmark and he is also the youngest to receive the medal of honor.

Mr. Schønnemann is also a part time firefighter in the local fire department, and works professionally with safety at Rail Net Denmark, the government agency responsible for all train infrastructure in Denmark.

In the Lazarus Union, Mr. Schønnemann is a colonel, he served as commander of CSLI Denmark, he have been part of the advisory board since 2014, and he was awarded the “Dankabzeichen mit Stern” in 2013

High award for CEO Byron Haynes of the BAWAG-PSK