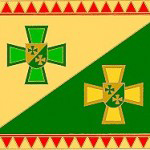 As a guest of honour we were able to welcome the Grand Prior of the Austrian Grand Priory of the Military and Hospitaller Order of Saint Lazarus of Jerusalem (HOLJ), Chev. Oliver Gruber-Lavin KLJ (acting as an observer of the  HOLJ administration inMalta).

Absolute (internal) general assembly record was won by the Corps Saint LazarusAustria– CSLA. CSLA president Wolfgang Leithner managed to finish the CSLA general assembly in an astonishing 18 minutes inclusive the co-opting of  Dr. Oswin Hochstöger, attorney at law, into the board of management. The board of the Corps Saint Lazarus Austria-CSLA The chair of the Naval Comradeship Vizeadmiral Erzherzog Ferdinand Max – CSLI in the Lazarus Union and in the Austrian Naval Union (Senator h.c. Wolfgang Steinhardt) took a little longer but also managed to finish the general assembly within 50 minutes. It took him somewhat longer as the report on the 1st Handicapped Sail Cruise of the Lazarus Union led to some discussions, also the co-opting of Hannes Hochmuth as Vice Chair of the Naval Comradeship had to be approved. The board of the MK-EFM

Actual summit of the day was the general assembly of the Lazarus Union to which more than 70% of all members entitled to vote did show up. Thanks to the new home page the Lazarus Union president, Senator h.c. Wolfgang Steinhardt, could reduce his report to the headers (there was definitely much to report on last year‘s numerous activities). The board of the Lazarus Union The presentation of the projects of the Lazarus Union

Also to be mentioned is the noticeable camaraderie and the communal spirit. No single aggressive word, no dispute, no personal attacks, no irrelevant criticism, but only constructive and forward-looking contributions where everybody was trying his best to contribute to the whole and the collective success. All planned events and activities can be found on the homepage. To list them all would go beyond the scope of this report so only the most important own activities shall be given here:

Journey to Rio de Janeiro, Brazil, to attend the investiture of the CSLI Brazil

5th Investiture of the Lazarus Union Knighthood of Honour in Vienna

6th Investiture of the Lazarus Union Knighthood of Honour inVienna

Journey to Portsmouth/England to attend the investiture of the Order of  St. Joachim

Altogether this day was another successful milestone in the short history of the Lazarus Union and its associated unions and an excellent proof of the good work provided in the spirit of St. Lazarus by all the directors, officials, and members.

For this, thanks a lot!