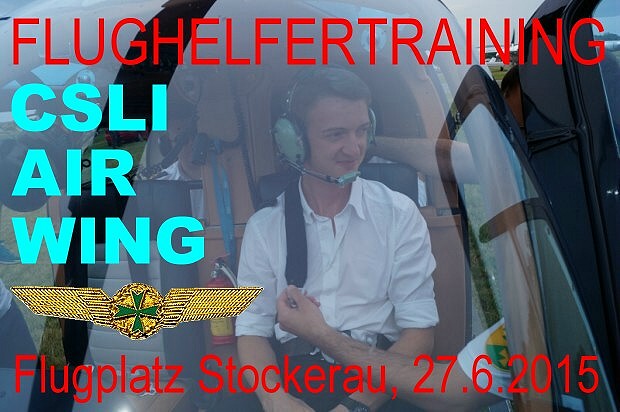 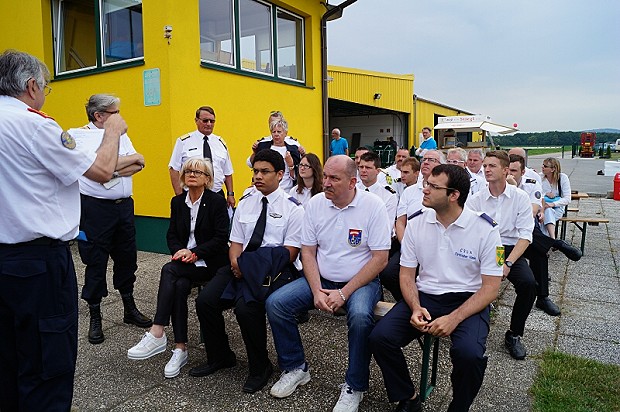 At the start of the briefing four teams were formed and each assigned to a Cessna aircraft. Experienced aircraft marshallers got support from trainees who were able to gain valuable first-hand experience. 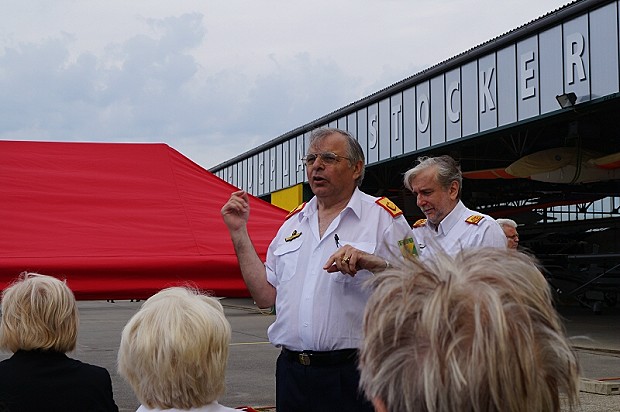 Wolfgang watched over the practice training like a hawk and insisted firmly on the use of protectors (to cover the wing edges). 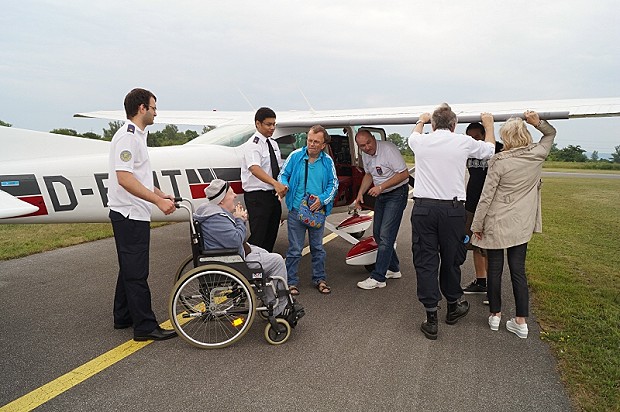 On each of the three flights, passengers were ensured a roundtrip with safe boarding and disembarking. The morning went off without a hitch and our invited passengers with disabilities were completely satisfied. 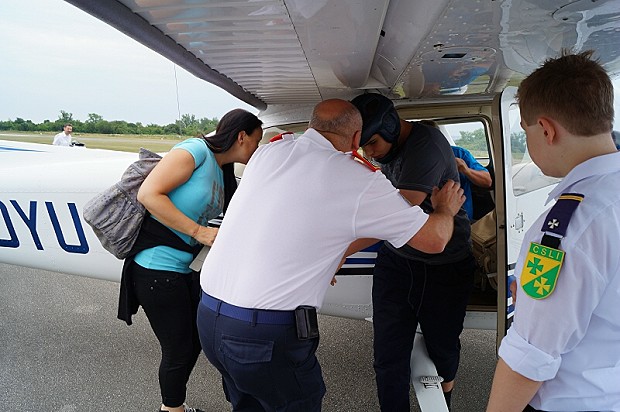 After lunch and a couple of sausages we carried with our next duty. 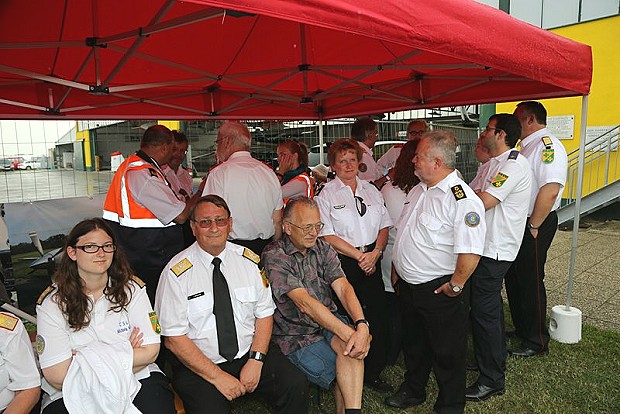 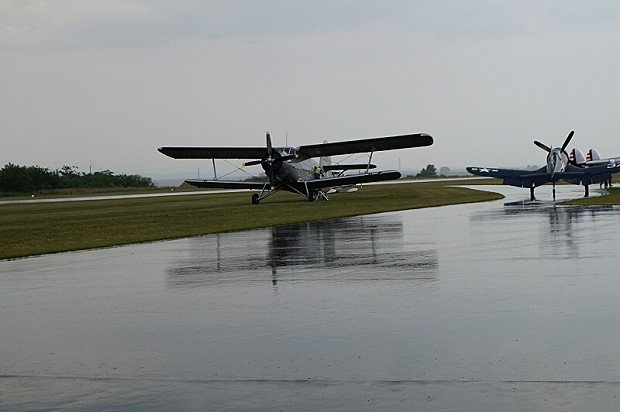 Unfortunately, it started to rain quite heavily in the afternoon. We all crowded together under a pavilion and waited patiently until the clouds dispersed and a clear blue sky was again visible. 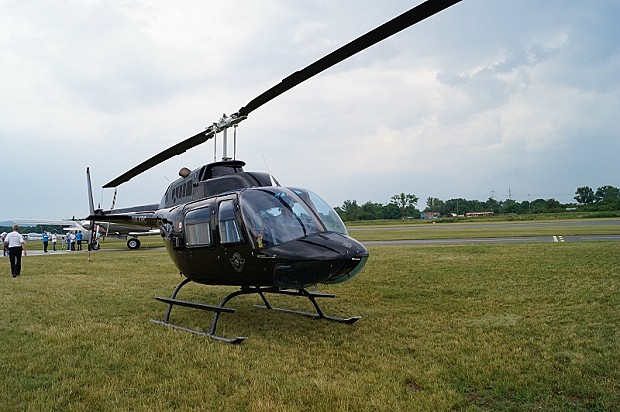 Wolfgang took his charges and went to the Agusta Bell “Jet Ranger II” helicopter. Although I have been an aircraft marshaller for two years, I came along to take pictures of the Training. 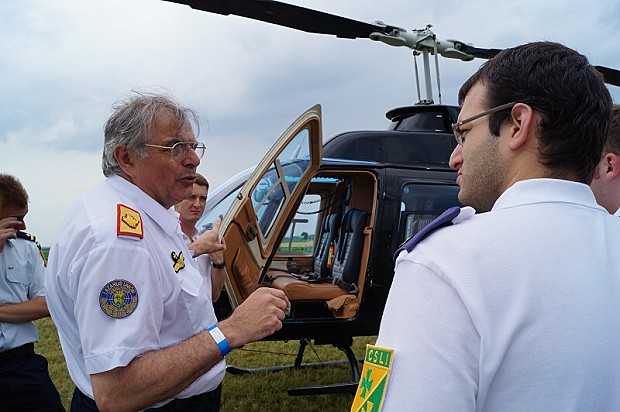 In front of the helicopter landing pad Wolfgang explained clearly and forcefully how to correctly approach the aircraft, how to get on and off, and how to stay safe around the tail rotor. 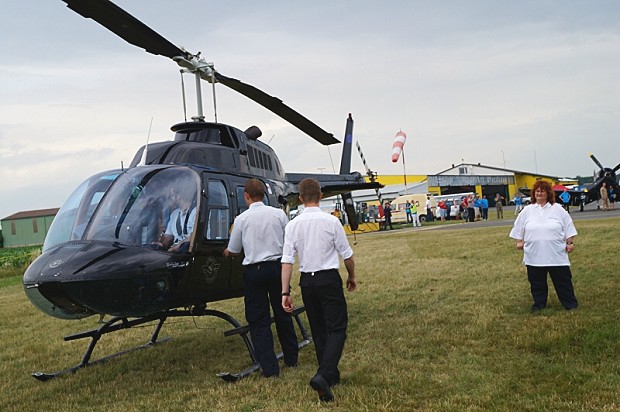 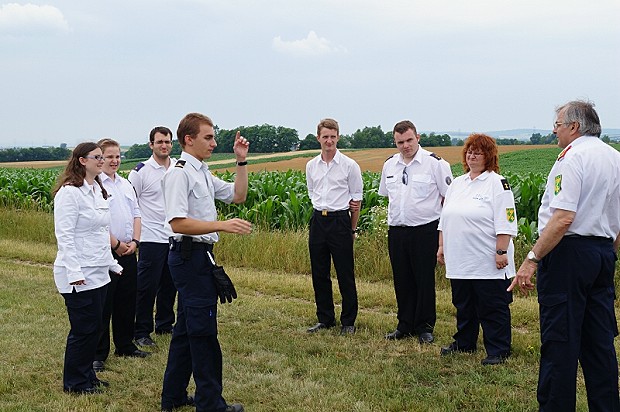 After the briefing, the assigned teams set to work. 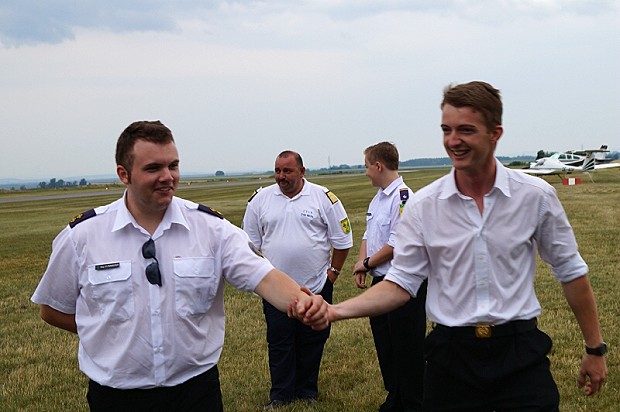 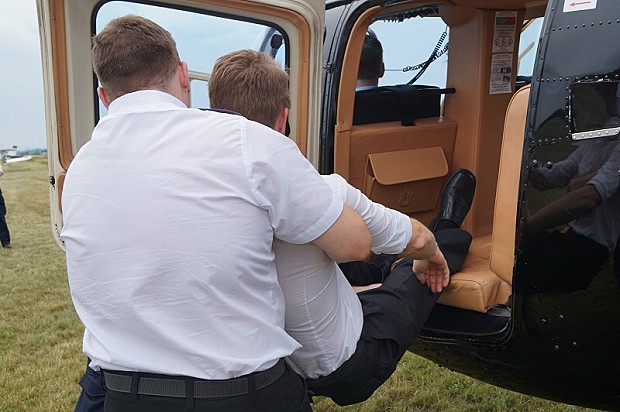 The trainee marshallers alternated duties on a few dry runs and then each one had to put into practice what had been previously discussed. After training we went back to the festival grounds. On the way back Wolfgang explained all the airfield signs. Suddenly we saw three members of the auxiliary fire brigade who needed help. They were trying to take a pavilion back to the grounds which had fallen over. 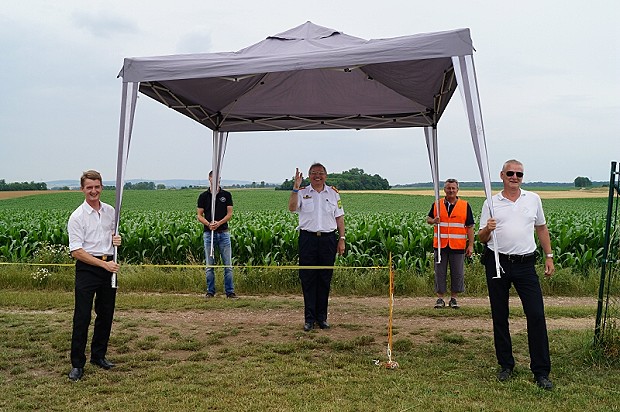 Thomas immediately went to the rescue and our esteemed President did not miss this opportunity. He stood under the “sky” and give his famous “pocket-blessing”. 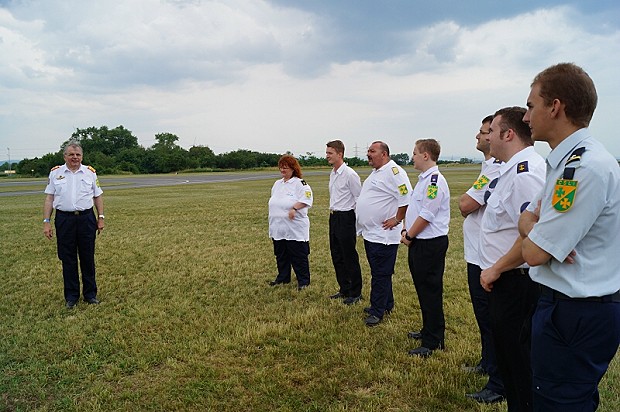 At the very end, he dismissed the group with these words: “The practical part has been completed – theory and testing will follow.”