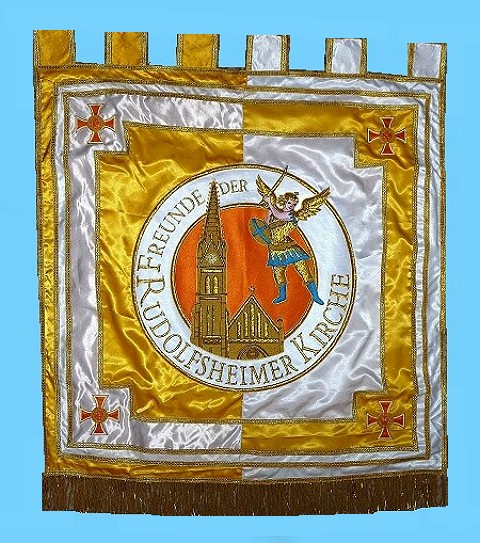 On 21.03.2013 this Association invited the CSLI Knighthood of Honour to the solemn dedication of their Banner. Together with the Altar Boys and two Chargers, the Knights of Honour accompanied the Banner Party of the Association into the church. To the sound of the church organ, the procession made its way from the darkness of the night into the brightly lit Church. The Celebrant of the Mass (Chaplain Gerhard Höbert) spoke during his sermon about the importance of the Banner as a sign of their common goal. Rudolfsheim’s Priest, Msgr. Franz Fischer, then took the Banner into his care. Symbolicly, he struck the Banner three times. The reception was a festive occasion and Lent was temporarily suspended. The members of the association spared no expense or effort in entertaining their guests well. A cake decorated with with the arms of the association was also served. The Chairwoman of the association, Barbara Kitavujja, presented the Lazarus Union with a Certificate of Appreciation for participating in the blessing of their Banner.