Bernd Höhle is an internationally well known and very popular expert in martial arts. Many people know that a strong man has a great heart and cares for the poorest of the poor. Among other things Bernd Höhle is Deputy Commander in Chief – SoF of the Lazarus Union and on behalf of these humanitarian aid projects he travels around the globe and visits crisis areas.

In the media he is called a “striking talent”- and this is true. And during the TV talent show organised by the German TV channel RTL 2 named “Was kann ich” (what can I do?) he has shown once more what he can do. Not only the jury and the studio audience were impressed but also the audience of the millions.

Bernd Höhle was the winner, got 1.000 Euro cash and again he donated the money to the Childrens Welfare Organisation ICH e.V. 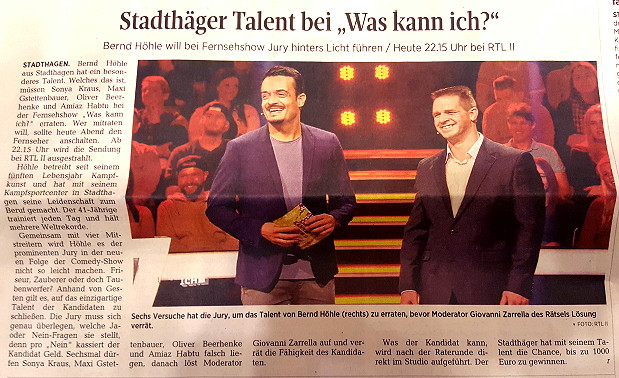 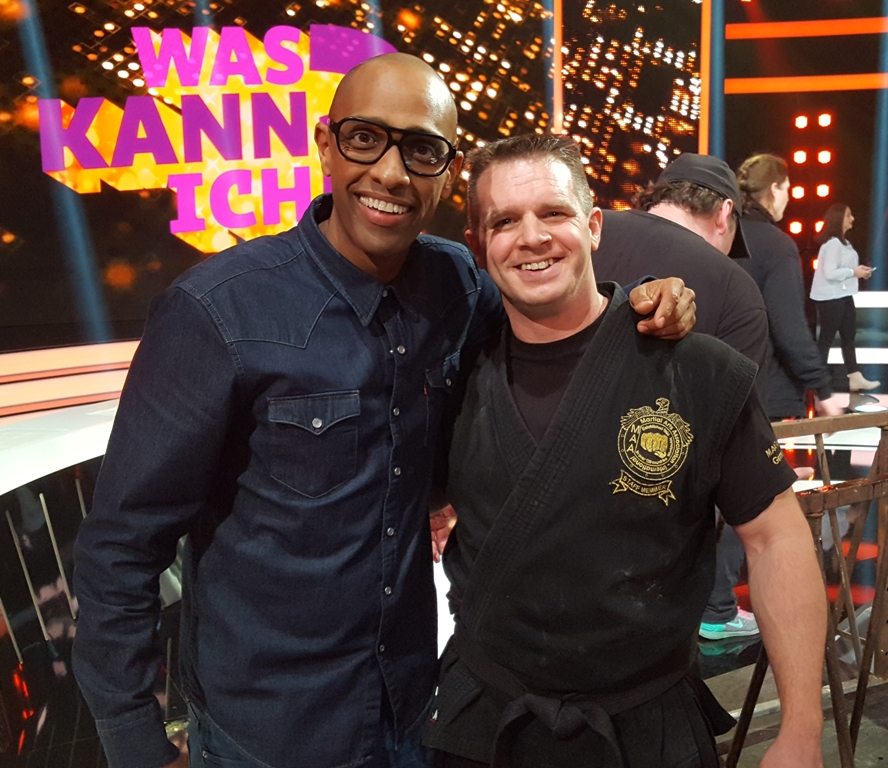 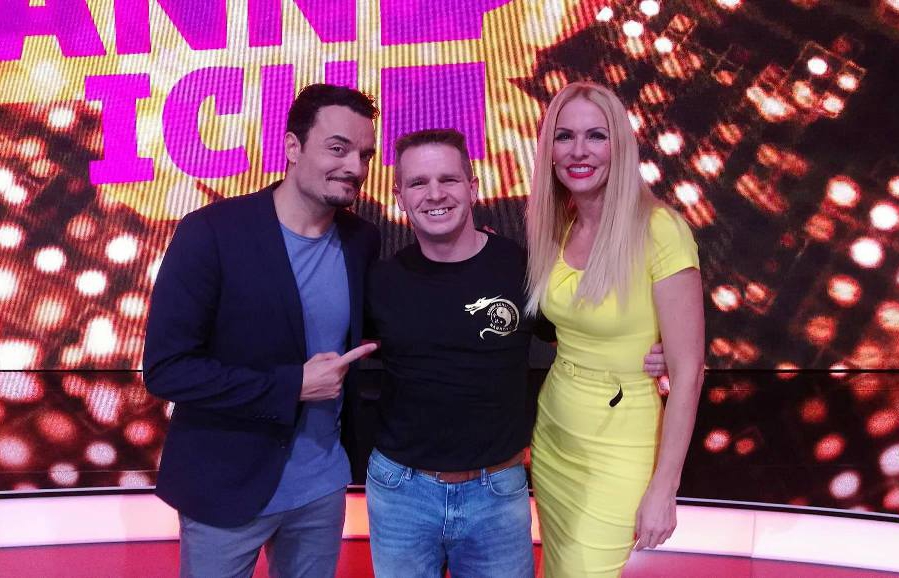 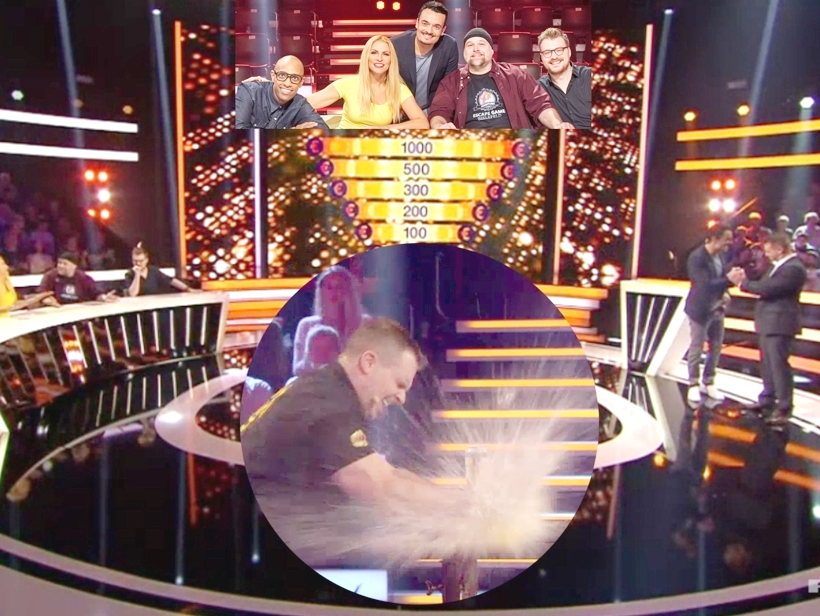 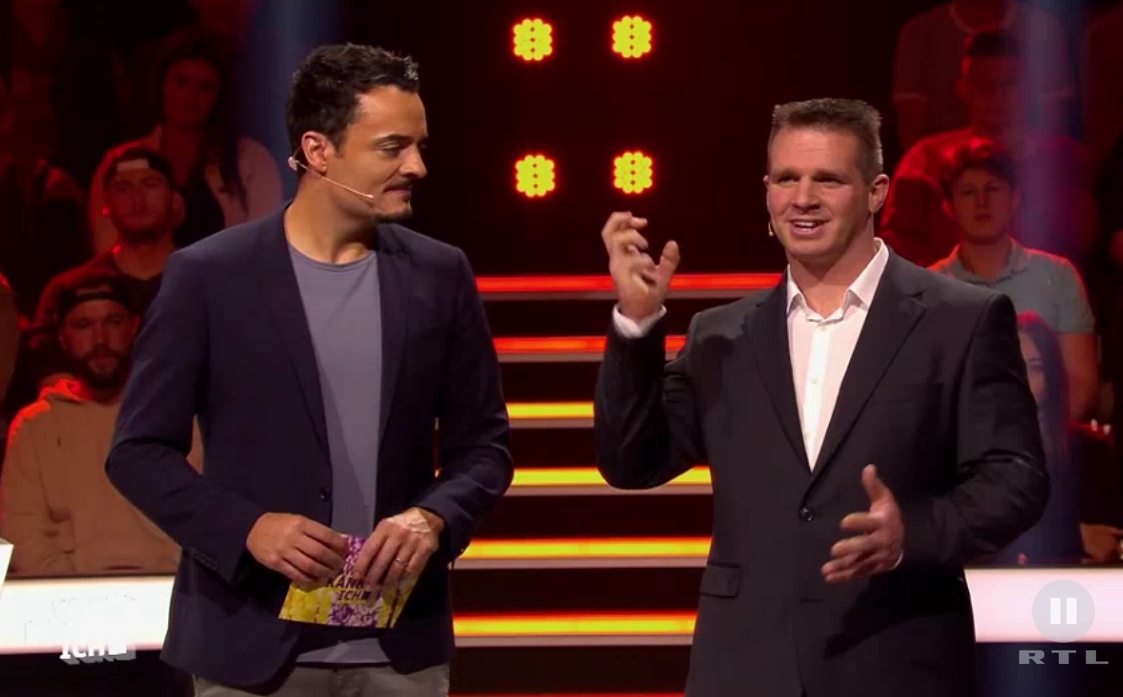 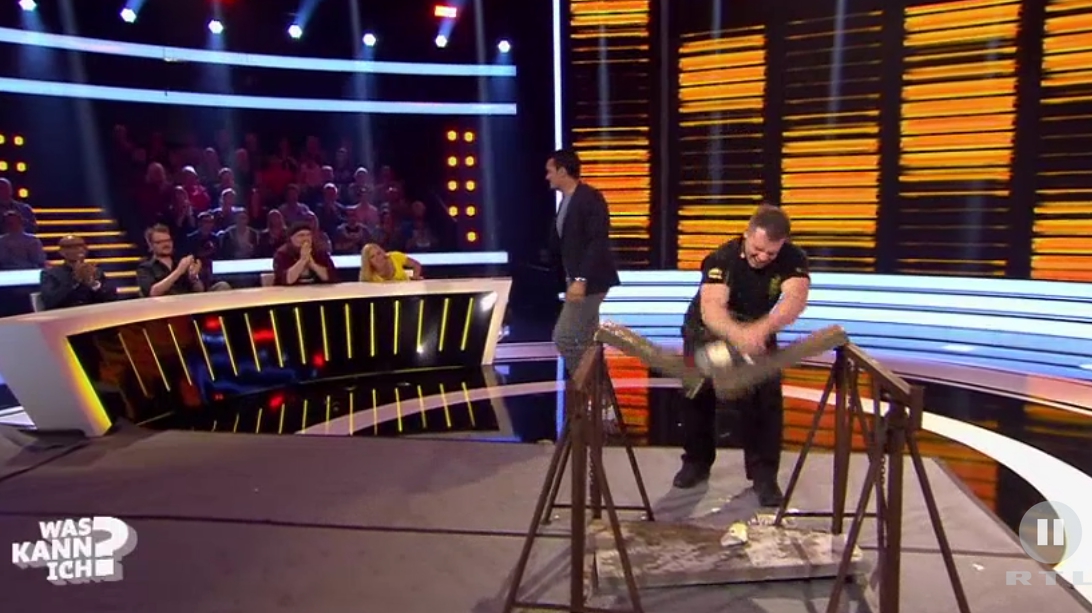 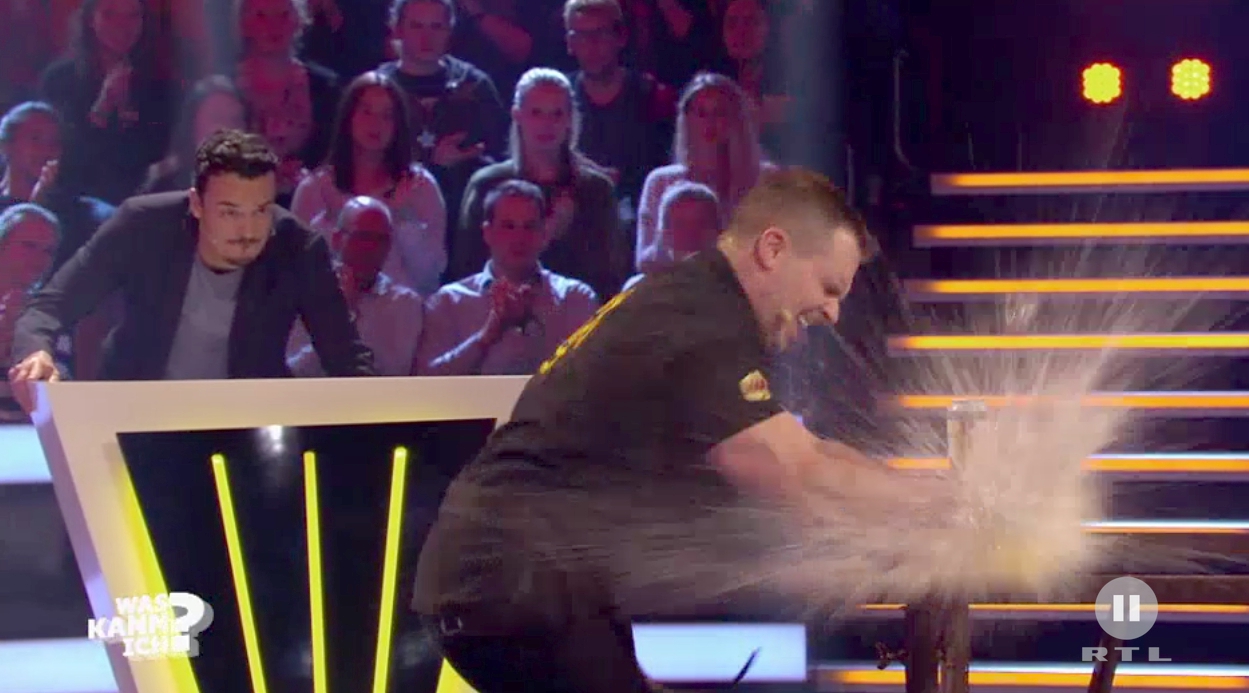