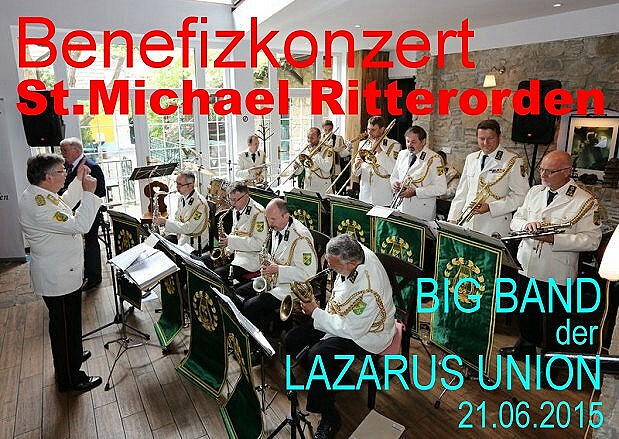 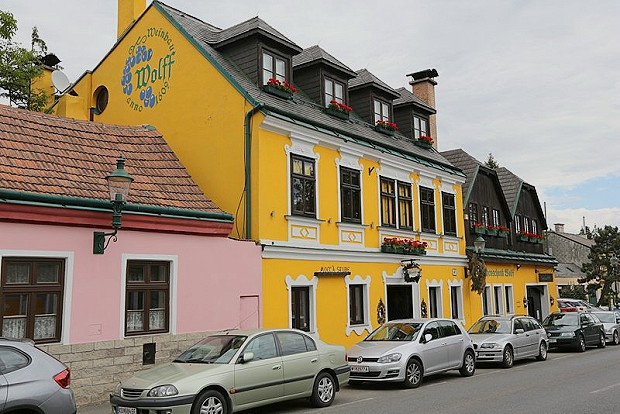 On Sunday, 21 June 2015, the big brass band of the Lazarus Union played a benefit concert under the direction of conductor Friedrich Lentner in Neustift am Walde. Peter Wolff, owner of Heuriger Wolff wine tavern, provided the event space. The concert was hosted by the Order of St. Michael which had invited numerous political guests of honor and esteemed members of affiliated orders. 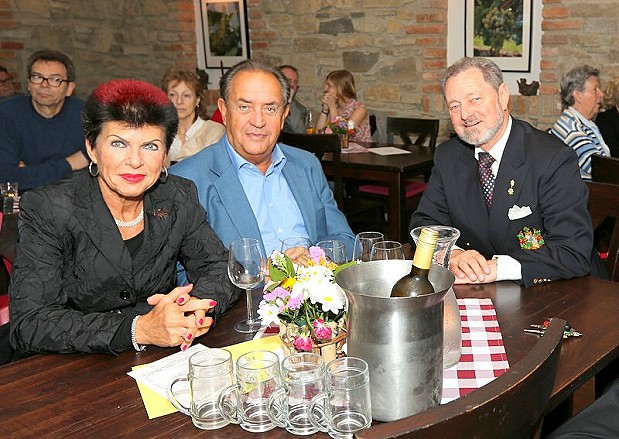 First and foremost among the invited guests were District Chairman Karl Homole, the Grand Master of the Order of Radetzky, Comrade Harry Tomek and the Grand Chancellor of the Lazarus Union Christoph Ptak. 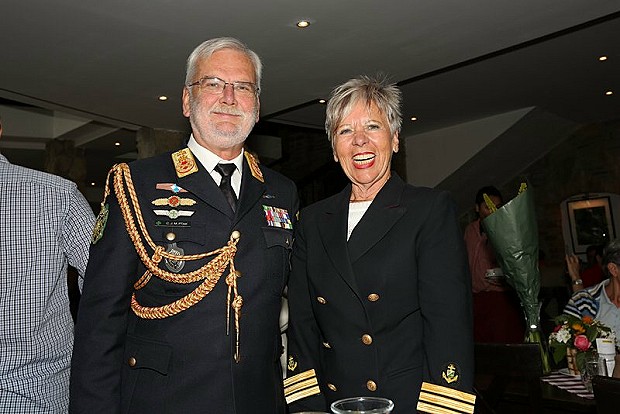 Unfortunately the weather wasn’t the greatest so the event took place in the newly built hall of Heuriger Wolff wine tavern. Inside guests were treated to highlights of big band era. Even a Frank Sinatra tribute artist, W. Frankie Warner, was on hand to perform. He was able to carry away the audience so much that people started dancing. 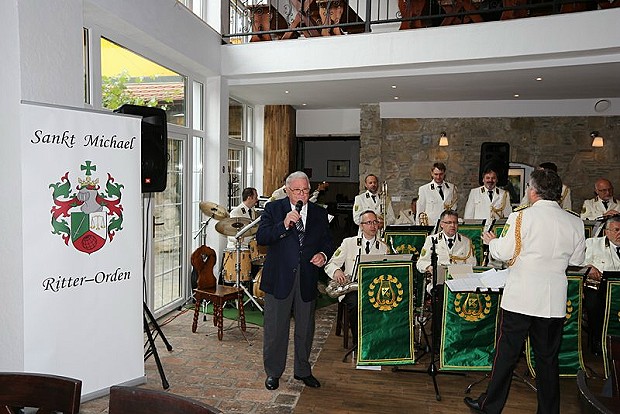 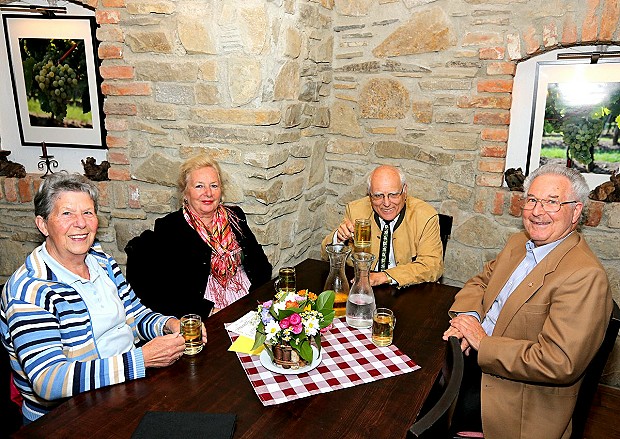 After the break we celebrated the birthdays of Harry Tomek and Roswitha Träger. Both were presented with beautiful flower bouquets. In gratitude and appreciation for his longstanding and generous support of the Order of St. Michael, host Peter Wolf was awarded the Grand Star in silver. 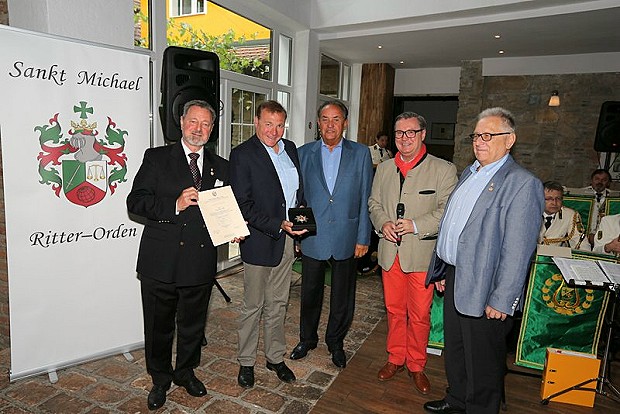 During the second part of the concert, innkeeper Edith Lentner and the treasurer of the Lazarus Union Monika Gries went through the ranks of guests to raise money for cancer research. On account of the good mood, the lively music and delicious food, all were very generous. At this time, the Order of St. Michael would like to express its gratitude for the donations collected. 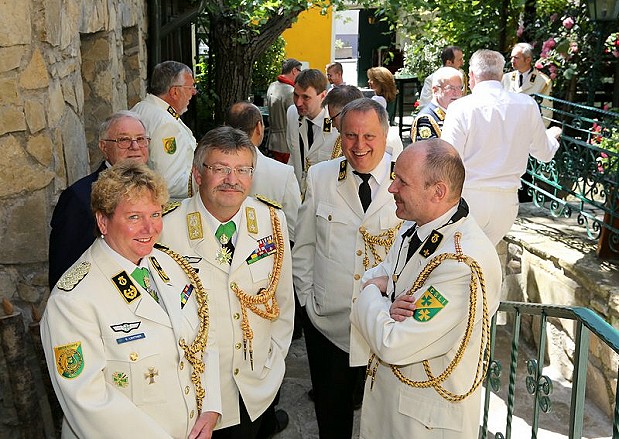 After the music officially concluded with none other than “My Way”, sung by Frankie W. Warner, the applause did not cease until the band returned to play an encore. In summary, one can only say: A successful and very nice morning with friends. 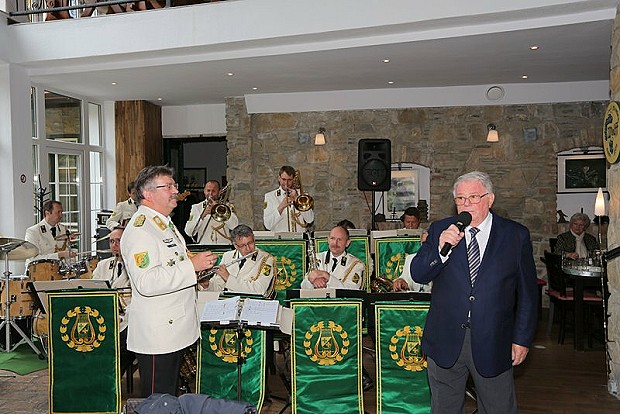 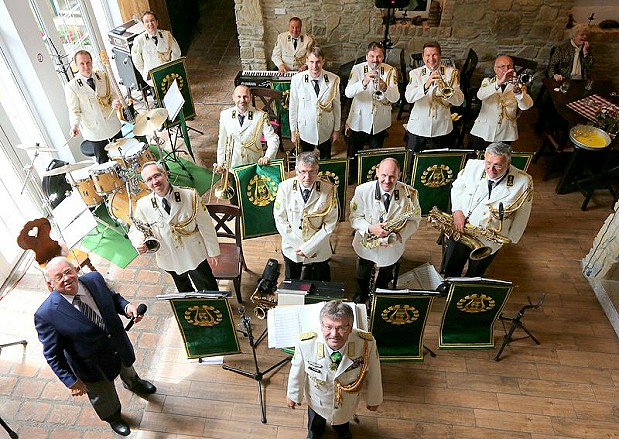 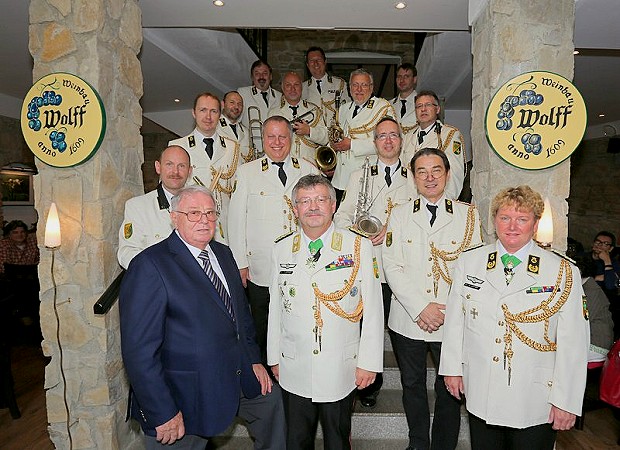 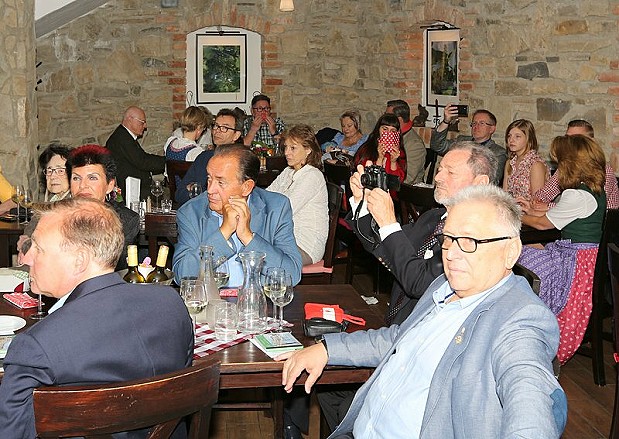 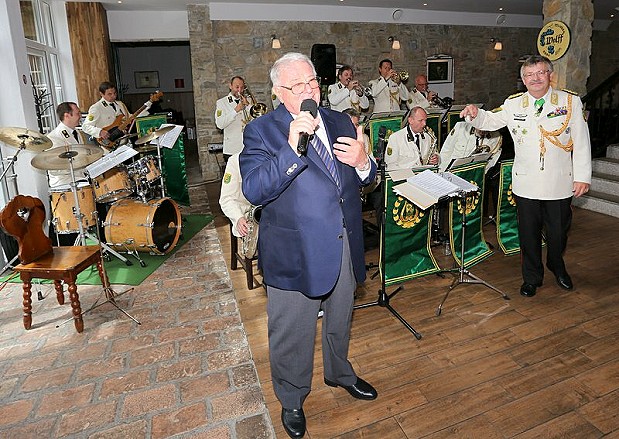 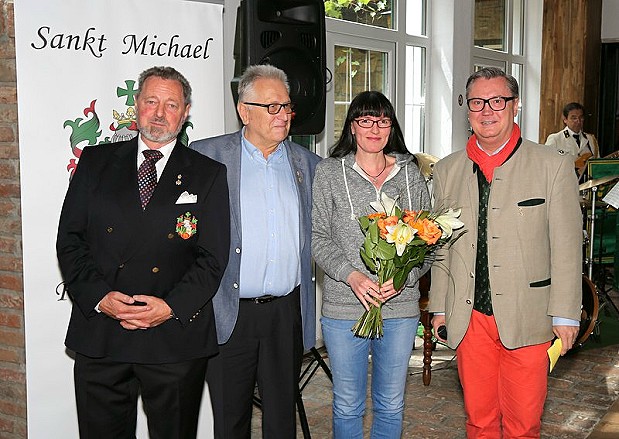 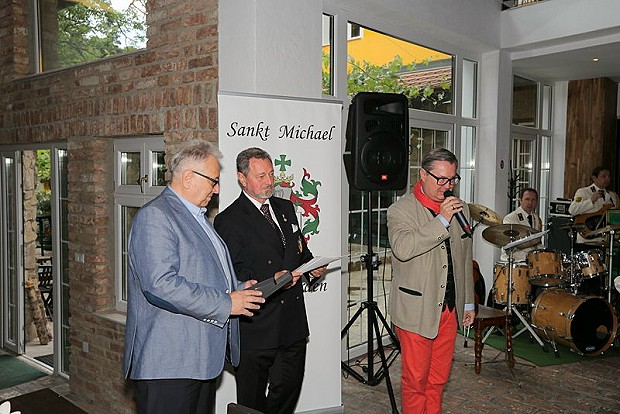 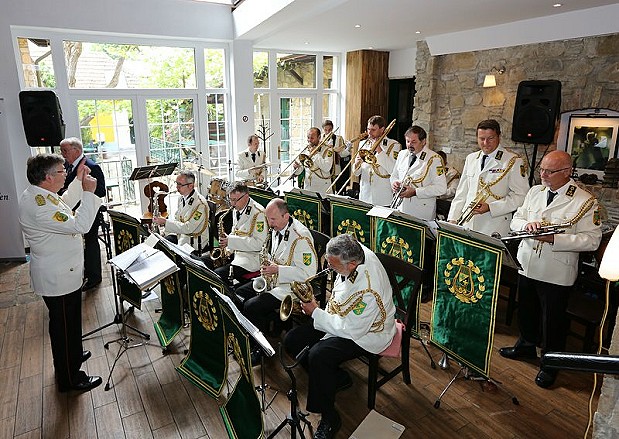 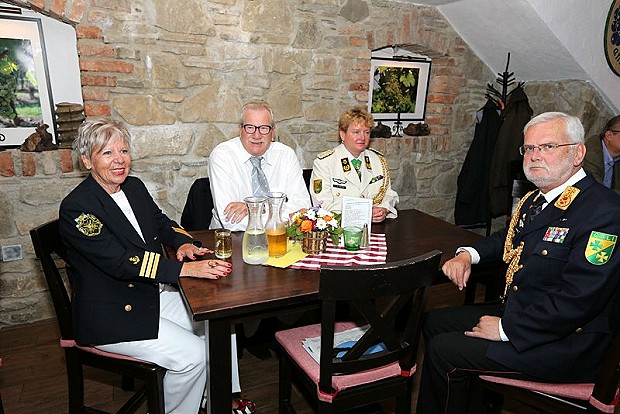 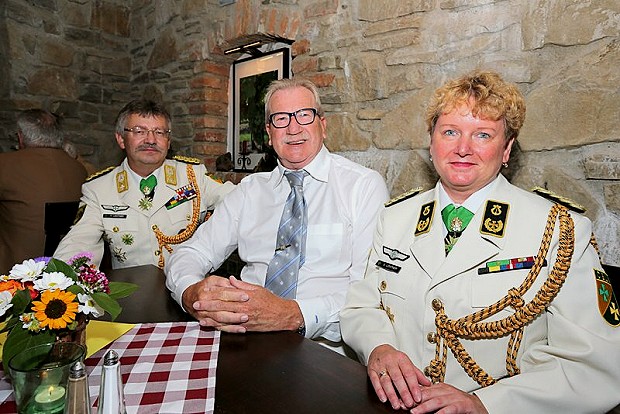 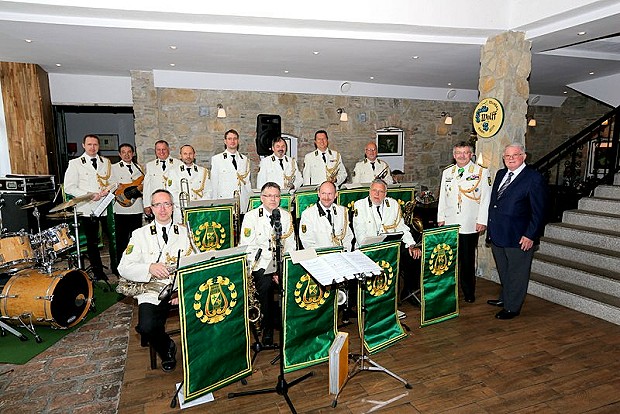 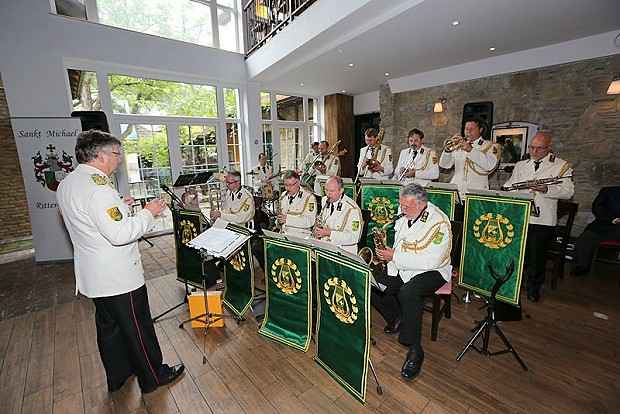 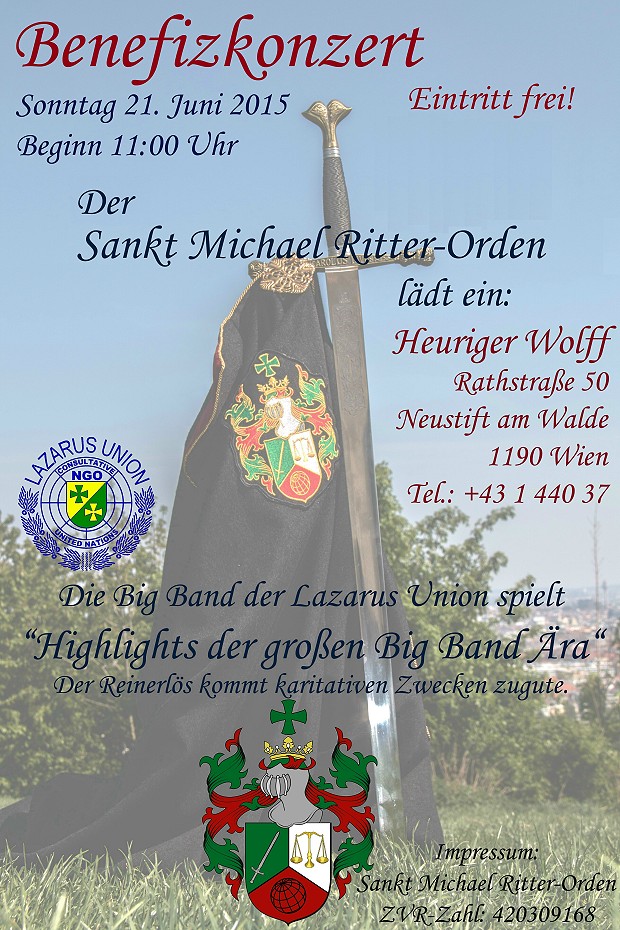