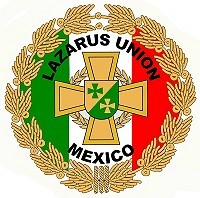 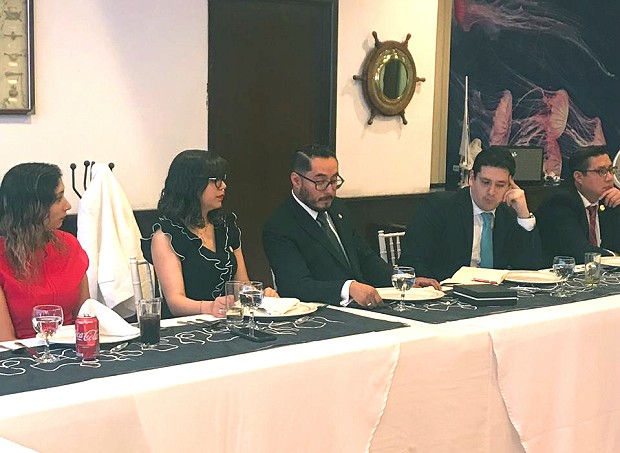 On June 22, 2019, in Mexico City, at the facilities of the Naval Club of the Secretary of the Navy, Lazarus Union Mexico held a working lunch where three topics were analyzed and discussed by experts in the matter with the following order:

The central themes of the three conferences were national security and the insertion of citizen guarantees in relation to the protection of minorities and gender equity. It should be noted that during the session there was an intense debate in which the comrades of Lazarus Union, elucidated the options that should be followed to achieve a more just and egalitarian society, within the framework of the work of the humanitarian activity of Lazarus Union . It was also discussed how the activities from the organized society can be, now more than ever, very important to support the government, but above all to combat the serious problem of extreme poverty that the country suffers, as well as continue preparing to help in case of natural disasters, which are frequent due to the geographical conditions of the country and in particular of Mexico City, concluding that the prediction before the unpredictable nature is a point of national security.

In general matters, it was agreed to strengthen relations with the Centers for Studies and Training in Human Development (CEFODEH), an organization that is especially dedicated to working with children with limited resources in the metropolitan area of Mexico City, in this sense it is proposed support in training actions for social workers who collaborate in children’s rooms, in the rehabilitation of spaces and in the delivery of toys. The executives will be invited from CEFODEH, to our next meeting so that they explain in detail how Lazarus Union Mexico can support.

Subsequently, Lazarus Union Mexico pins were handed out, as well as Ribbon for officers and NCOs, who at the December dinner in 2018 made their officers pledge. In this logic, it was agreed, to start using the uniform corresponding to Lazarus Union, according to the regulations that CSLI points out to us, with the exception that CSLI asks for a blue jacket in its uniform, but it will be requested, via the General for Latin America Roberto Ortiz, if it is possible that LU Mexico uses a black jacket (or other color), because blue (dark) is used by the Mexican Air Force and some police corporations in the country, and with this change could avoid a possible violation in the use of military-style uniforms, according to the regulations mexican.

Dr. Edgar Ortiz Arellano (Lt. Col.LU), spoke about the importance of increasing the number of members in Lazarus Mexico, as well as knowing the status and regulations of CSLI, in order to have better activities, inspired by charity and in global solidarity He also noted the change of leadership in CSLI, which is now in charge of Dr.Dr.h.c. (AU) Lothar Gellert, General Plenipotentiary of Lazarus Union, to whom all Mexican comrades wish him success in his high responsibility and declare loyalty to his investiture. 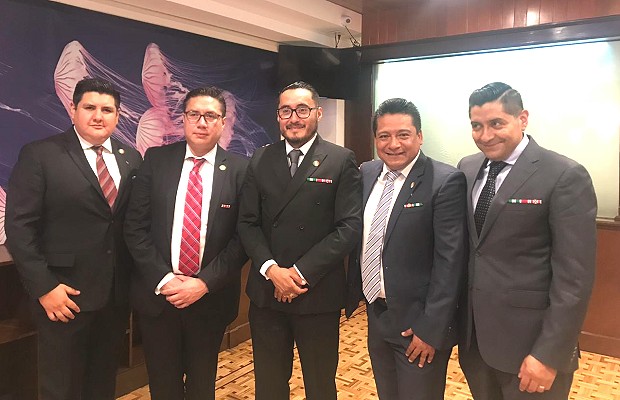 The work session closed with the traditional photograph of L.U. México members and agreeing that the next meeting will be held on August 3, 2019.