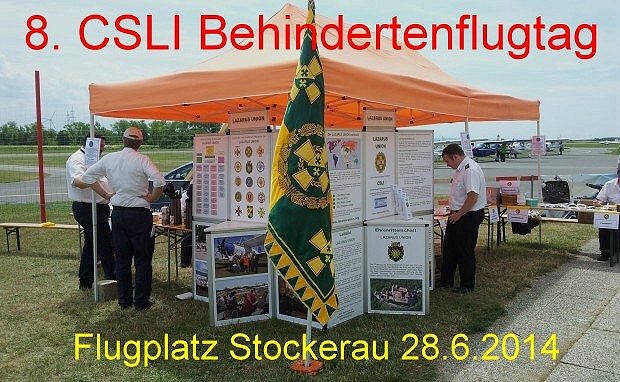 As the LAZARUS UNION-CSLI had this year to do without an own air day because of hardly satisfiable requirements from the Austrian aviation authorities, the 8. air day was held within the scope of the 65. anniversary of the aviation club Stockerau. The LAZARUS UNION managed the handling for the guest flights for the handicapped aid Korneuburg, presented itself with a beautiful (new) info stand, and with our Union doctor Dr. Gabriel Halat provided for a medical aid centre.

Saturday, before 9 o‘clock, the first members led by our president Senator h.c. Wolfgang Steinhardt arrived at Stockerau airfield to set up the LAZARUS UNION info stand. Let me start by giving a big thank you to all our sponsors, especially the companies K&S Dacherrichtungs GesmbH and MATZNER Dachdecker GMBH, as well as all those others who supported us at this event.

At the info stand all interested persons got competent advice and info material on the activities of the LAZARUS UNION, also a small flea market was set up with “historic“ badges and insignia, taken care of by our comrade CSLI Maj. Günter Eichinger. Also the newest badges in the style of the new “UN-NGO Remembrance Cross“ could be obtained.

Although no “full air day,“ we were able to operate one helicopter (B206) and four airplanes Cessna C172. One plane was supported by the Fliegergruppe Wien, another one by the Austrian Army flying club, operated by Col Dr.Christoph Auner. Two planes were supported by the FSV 2000. Like in former years we could rely on AERIAL Helicopter and the AERIAL Lazarus Air Corps (ALAC) to support the helicopter. Helicopter pilot was Klaus Weber.

In total there were 25 flights, “lifting off“ more than 70 handicapped passengers. Everybody had great fun and many wanted to have a second flight on the spot. Here fortunately the Stockerau flying club (FSV 2000) jumped in, offering more pleasure flights.

For keeping up the ground operations we were able to count on more than 50 helping hands from the CSLI and CSLA, some of them had a 600 km journey to come over. Thanks to all comrades! We were able to also invite the retired Member of the Austrian Parliament, Mrs. Dr. Helene Partik-Pablé, with her handicapped daughter and her nephew to a helicopter flight. Thanks to our very experienced pilots (after 7 successful air days) all flights with handicapped people could be operated without any problems and especially without any accidents.

All over the day there were most impressive aerobatics shows with motor and sailing planes. Bedside the “real“ planes there also was an interesting and very attractive model plane show with even a successful world record flight which will make it into the “Guinness Book of Records“.

For the physical well-being of the guests the LAZARUS UNION and the veteran association   provided free coffee and cakes. The cakes were supported by the bakery BALZ from Korneuburg. Also here a full-hearted thank you.

Summit of this day was the 65th anniversary celebration of the FSV 2000, starting sharp at 19:00. On the occasion of this celebration the LAZARUS UNION awarded the president and honorary member of the FSV 2000, mayor retd. Toni Pfeiffer, the “Lazarus Cross of the Union Special Level“ in substitution for all FSV 2000 members. During his laudation our president mentioned the merits of the FSV 2000 over the years regarding handicapped people, making the FSV 2000 something very special, hard to find nowadays.

This ceremonial act was attended by representatives from the county govmt. of Lower Austria, from the city of Stockerau, from the Austrian Army (Bgdr Mag. Striedinger, military commander Lower Austria) and many guests from the surrounding communities.

After darkness the model plane pilots impressed with a show with planes lit up by many lights before big fireworks brought the day to an end.

Before the info stand had to be shut down because of an approaching thunderstorm president Steinhardt was able to present a special award.

CSLI Major Klaus Weber, former student pilot of our president and just returned from an Iraq mission was promoted to CSLI LtCol. and awarded the Lazarus Union Commander‘s Cross. As a special thank you the president handed LtCol. Weber over his personal and the only existing golden pilot wing with old inlay as a special dedication and thank you. Klaus Weber was the one who had the idea to hold these air days eight years ago. It was an emotional summit in the long tradition of the CSLI air days.

Also on this day union doctor Gabriel Halat had nothing to do, something everybody was very glad of, and so the day ended with everybody being most pleased. Again it was a good and successful event in the history of the LAZARUS UNION! 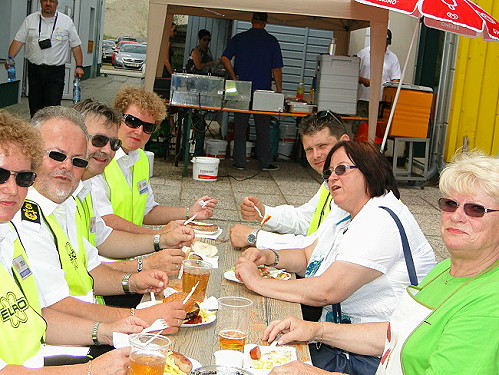 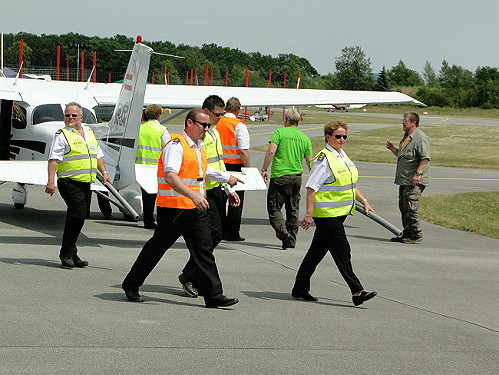 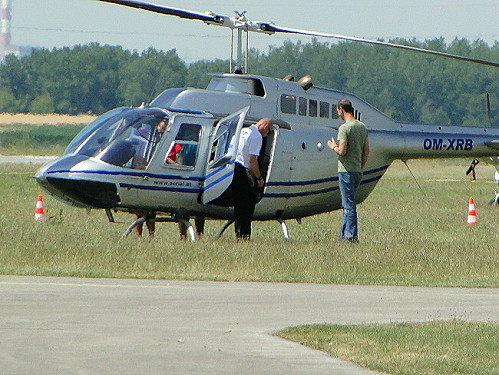 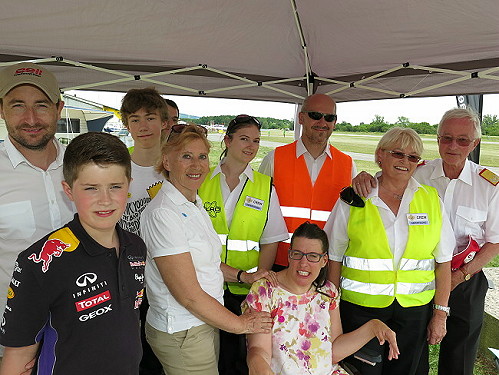 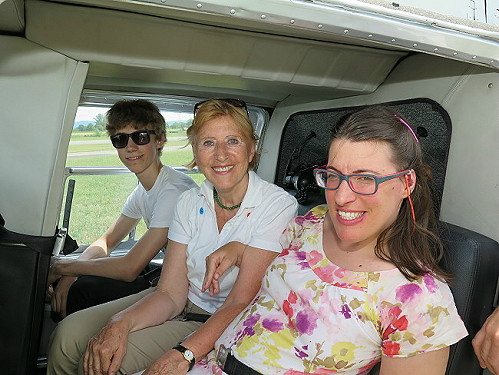 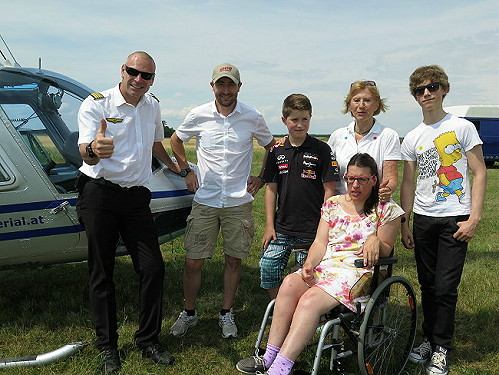 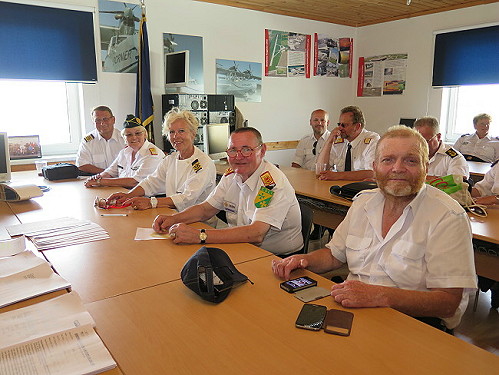 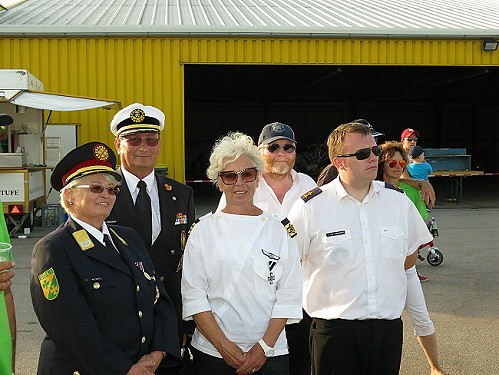 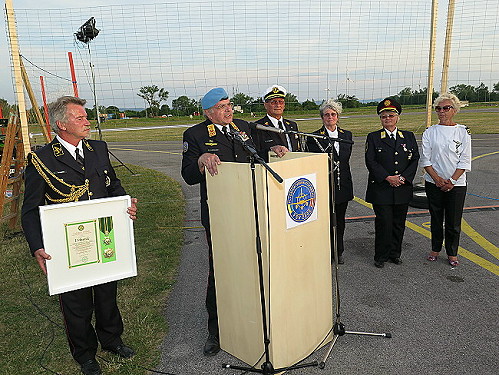 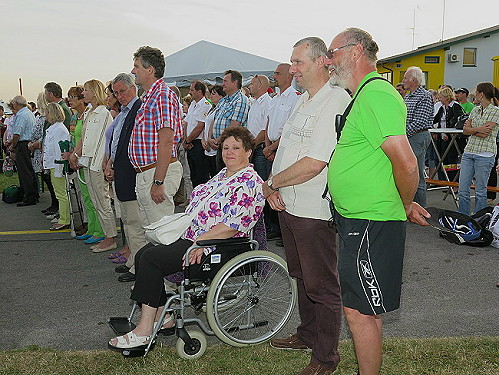 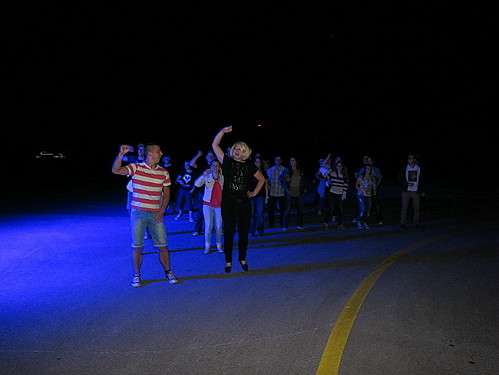 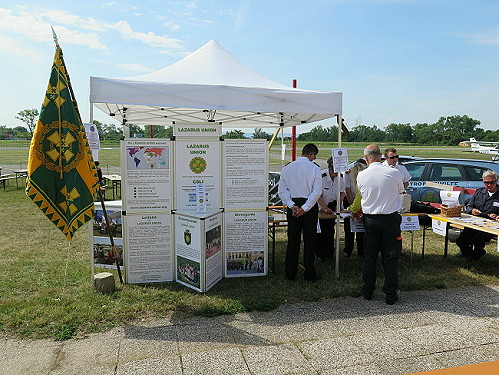 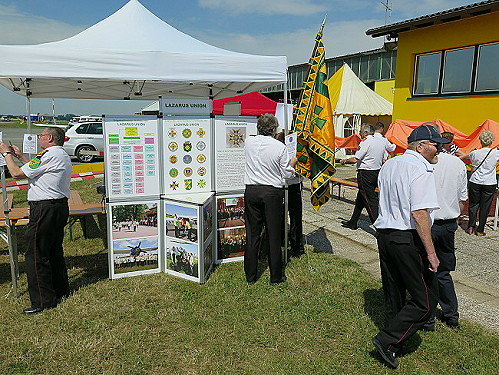 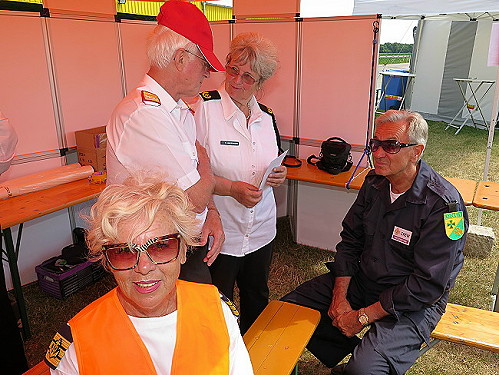 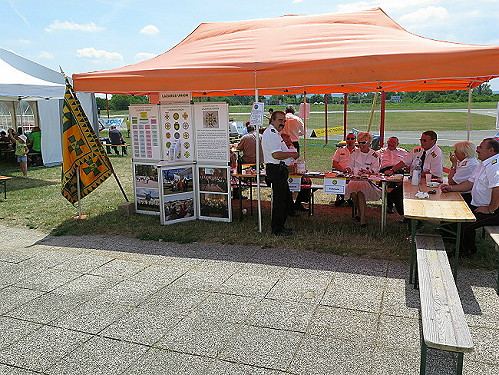 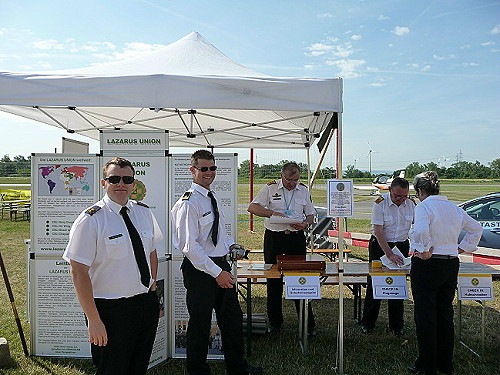 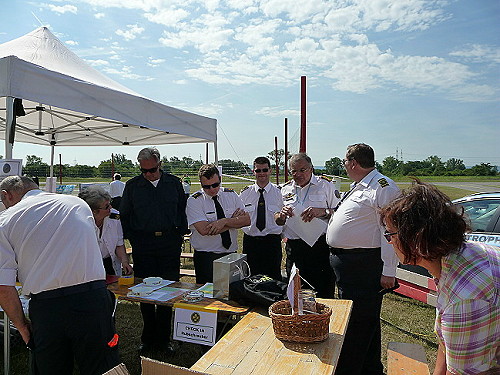 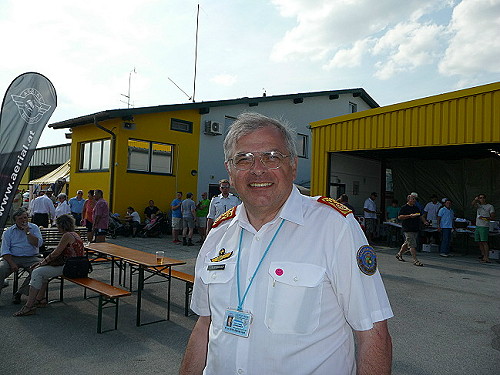 Airfield Festival of the FSV 2000