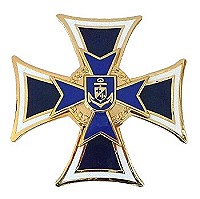 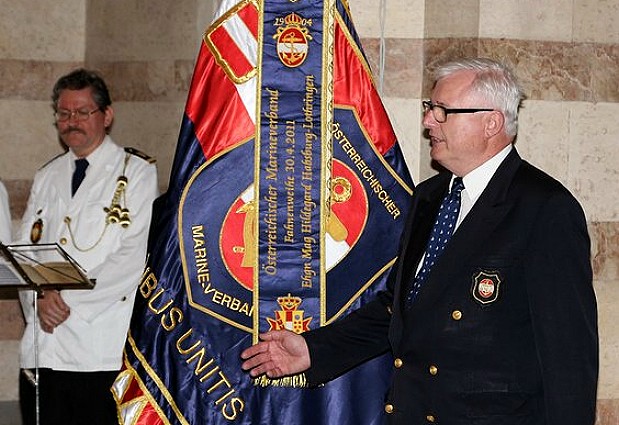 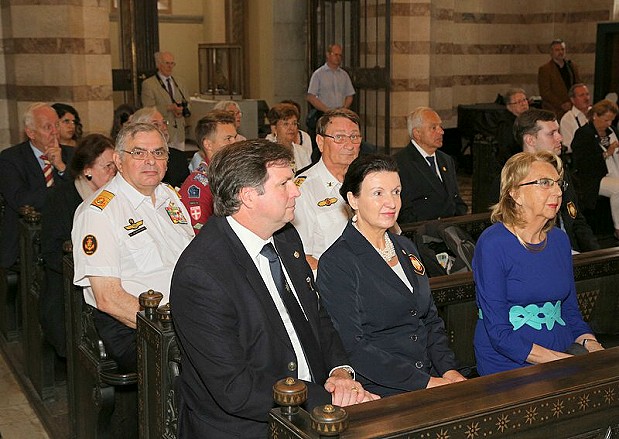 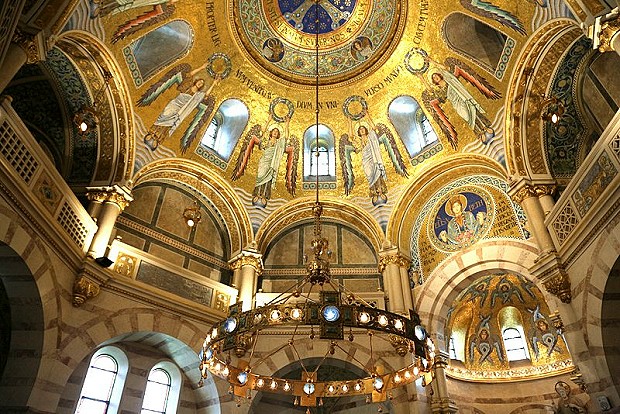 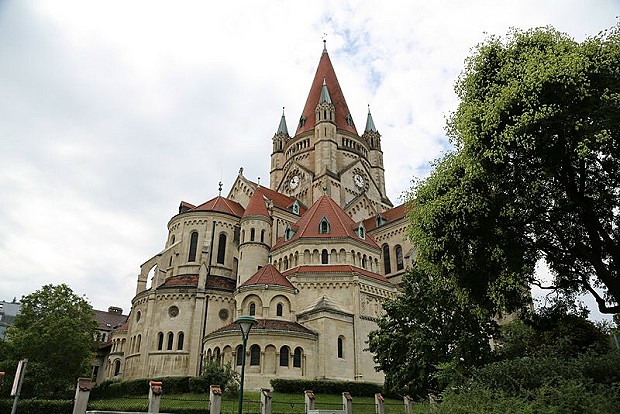 A memorial service for Emperor Franz Joseph I had been held in the Elizabeth Chapel of the Imperial Jubilee Church at Mexikoplatz, which a senior delegation of the Lazarus Union attended. A gun salute, fired by “Riding Artillery Regiment No. 2” on the Danube riverbank at Handelskai, signaled the start of the solemn celebration of Navy Memorial Day itself. 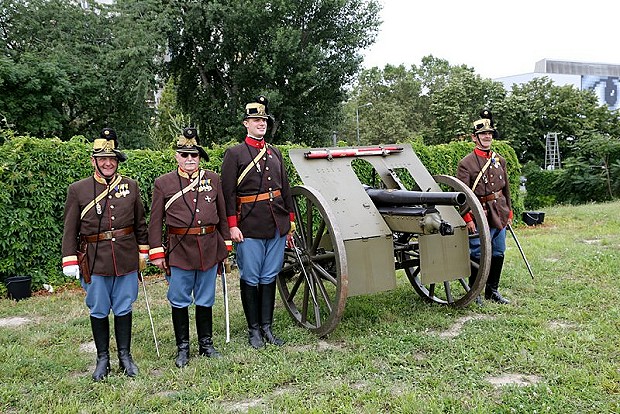 The program included keynote addresses on:

The Battle of Lissa and its impact on the Danube Monarchy.

The Austrian Marine Association and its international partners

The Danube, a water vein through Europe, and developments for the People’s Harbour in Vienna. 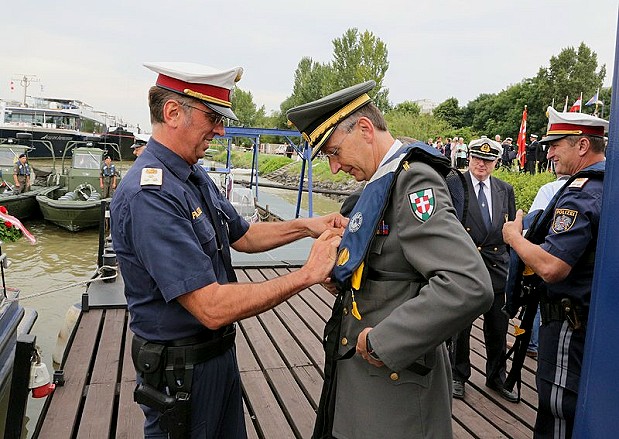 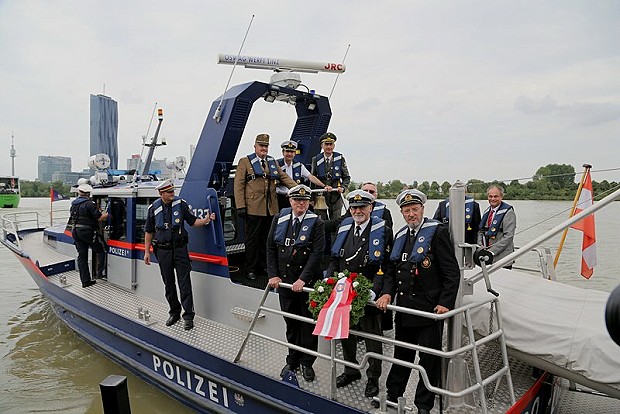 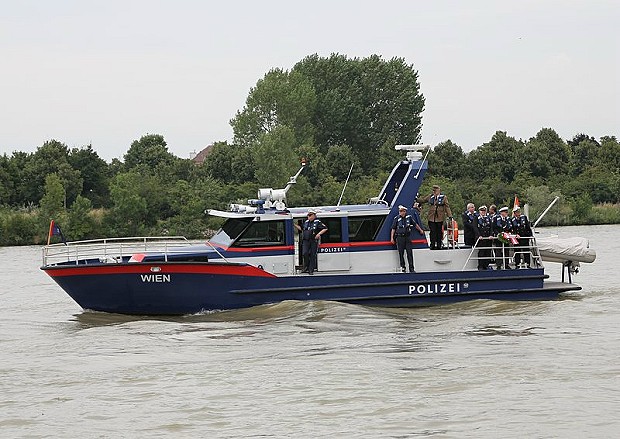 A wreath to the memory of fallen sailors was committed to the waters of the Danube from the Water Police patrol boat “Vienna”. 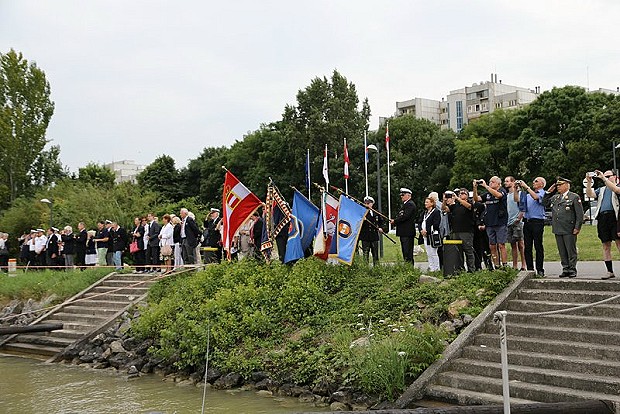 Musical accompaniment was provided by the Guards Band of the Vienna Military Command. 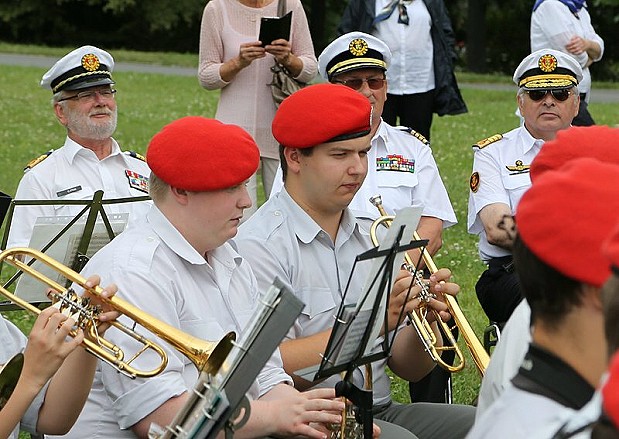 The event was held in cooperation with the Vienna Danube Shore and Trans-shipment Sites Operating and Development Company. 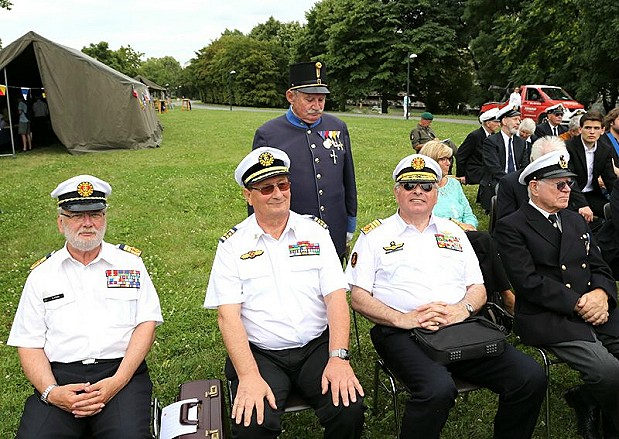 A Marine Festival on the day included:

A concert by the Marine Traditions Band of Vienna under their Bandmaster, Reinhold Nowotny. A Marine Exhibition and information stands. Drinks and snacks provided by the “Koch Vineyard”. 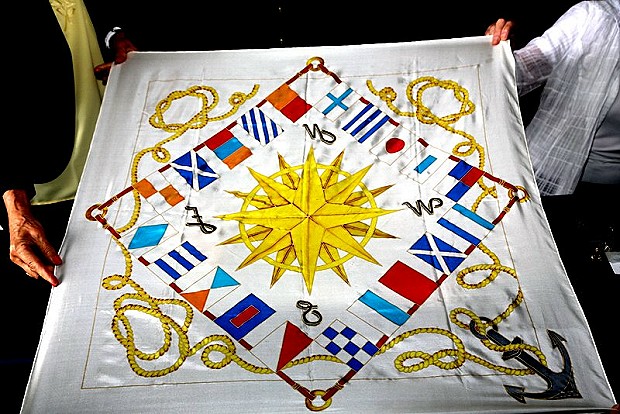 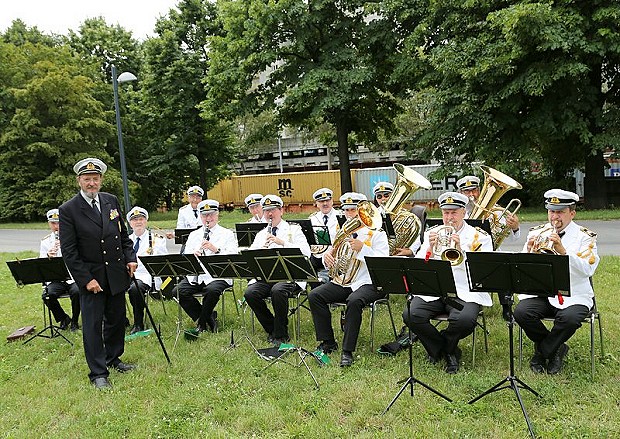 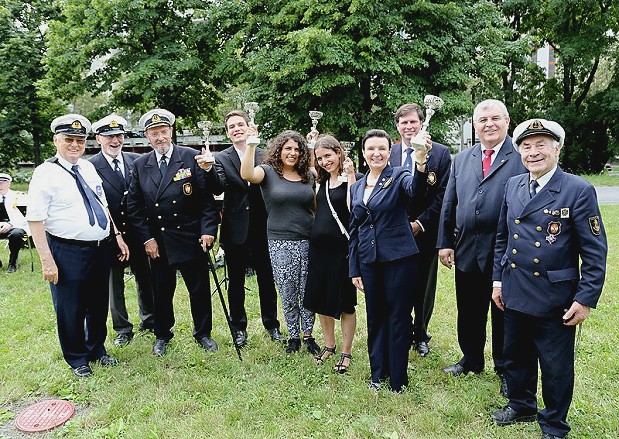