More than 5000,00 € donation through the
Show of Martial Arts

For several years the Martial Arts Association – International under the leadership of Bernd Höhle (SOF Commander, Deputy Union Commander & General CSLI ) has been organising benefit events for children in need together with the World Champion in Martial Arts Axel Nobbe.

Recently a benefit gala of a special kind took place in Bad Rothenfelde (near Osnabrück). For the second time the MAA and the martial arts centre Nobbe organised a show for the benefit of the child welfare organisation International Children Help e.V.

Around three hours the 700 spectators got a comprehensive insight into the variety of martial arts. International and national martial arts experts showed Shaolin Kung Fu, Taekwondo, Kali Concepts, Hapkido, Shi Zhu Do, Karate, Free Dragon Fight, Kickboxing and sensational breakings, e.g. by Bernd Höhle. He not only made push-ups on raw eggs. For this purpose, he had a 23-kg heavy-duty washed concrete slab laid on his shoulders and smashed, while he remained on the eggs in the push-up-position.

Also remarkable was the support of all trainers and masters. All acteurs – from the moderator up to the singer – started at their own expense; among them a delegation of 15 athletes from Switzerland in order to support the good purpose. The music was carried out by Caroline Breitler, a singer and composer from Switzerland. Together with Stephan Krellmann she created specifically a song for this event.

The willingness to donate among the spectators and the guests was enormous. At an auction of VIP boxing gloves, on which all coaches and masters signed, 200 € came additionally in the donation box and Caroline Breitler also donates the proceeds of their selling CDs for the benefit of ICH e.V.

Together with Bernd Höhle from the Martial Arts Association/SOF Axel Nobbe handed out the total sum of 5281,30 € to Dr. Kindermann in the office of the child welfare International Children Help e.V. on 19th April 2017. In 2015 we could hand out nearly 2000 €. This sum was more than doubled. Our sincere thanks to all the people who helped to arrange this event and who contributed to this great result. Another word of thanks to the local newspapers and the television crew who have helped in their own way that social commitment can achieve a lot. 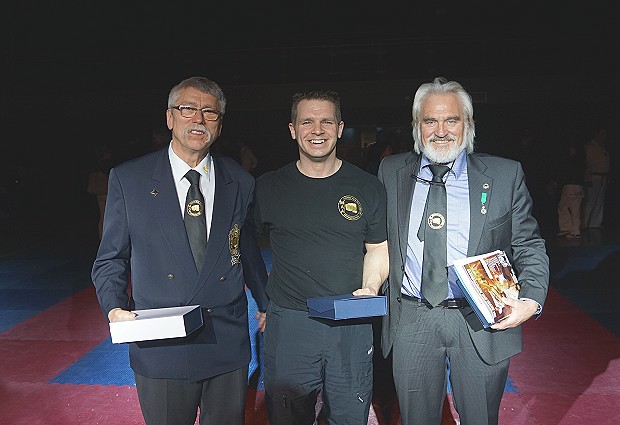 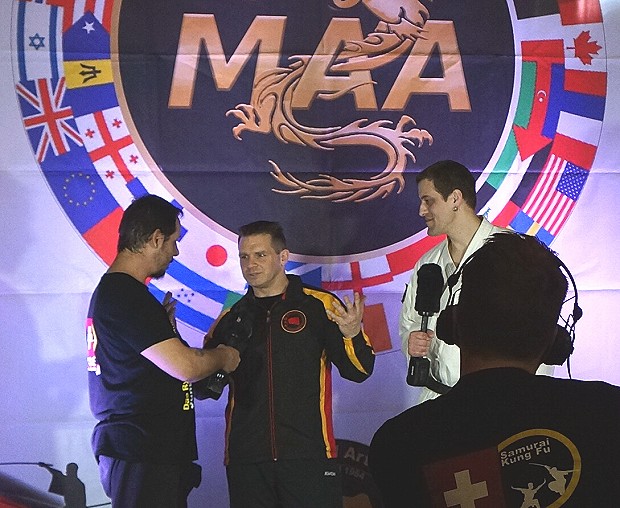 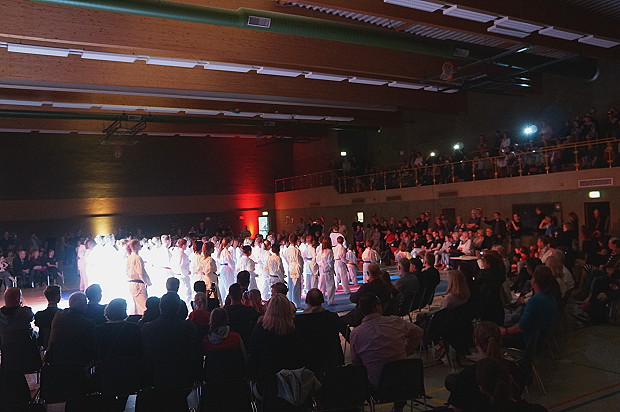 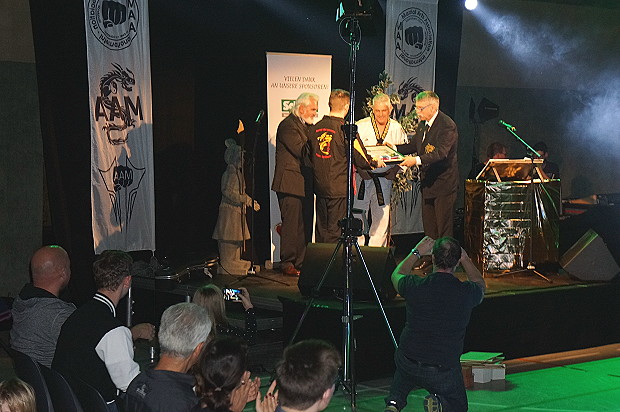 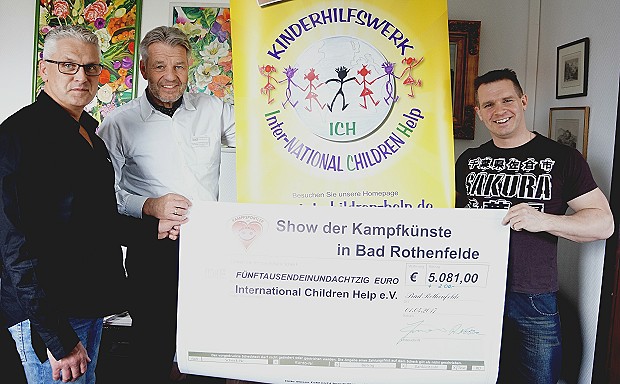