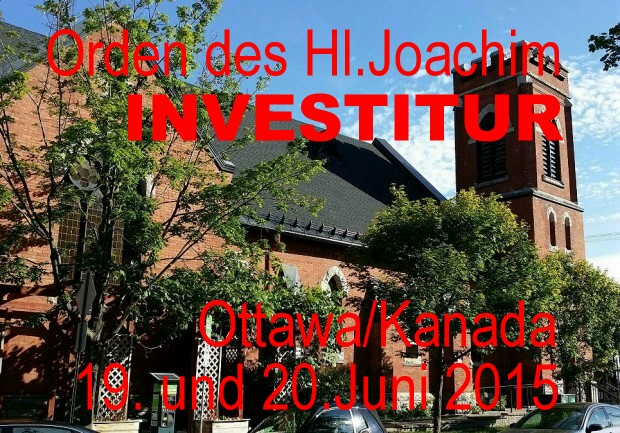 (St. Joachim was the father of Mary, Mother of God)

A report by ‘Spectator’

On June 20th 2015 The Order of Saint Joachim (OSJ) celebrated its founding on June 20th 1755 and thus the exact 260th anniversary of its creation. Reason enough to invite all to a solemn investiture in Ottawa, the capital of Canada.

The Order of St Joachim is not only a long-standing friendly organization to the LAZARUS UNION, but also a founding member. Chapter Members of the Order also hold high offices and functions in the LAZARUS UNION.

S.E. Grand Officer and Commander of Canada OSJ David Douglas is a Vice President of the LAZARUS UNION and a Grand Prefect of the Knighthood of Honour.

S.E. Grand Officer and Commander of the UK OSJ Simon McIlwaine is a Brigadier-General CSLI and Grand Prior of the Order of St. George in the UK.

S.E. Grand Prior of the OSJ Archbishop Douglas Lewins is Chaplain-General of the LAZARUS UNION and a founding member.

It was therefore natural that Senator hc Wolfgang Steinhardt, CSLI President, and Dr. Oswin Hochstöger, President of the Corps Saint Lazarus Austria (CSLA), participate in these celebrations. Senator Steinhardt is currently also Grand Officer and Commander of OSJ Germany and Austria, and Dr. Hochstöger a Knight of the Order.

The trip was tiring but the program offered, and the lively friendships, were all worth the hardships of this journey. Ottawa is a very lovely and beautiful city with many attractions and a high quality of life.

OSJ brothers and sisters from America, Scotland, Germany, England and Austria had come to celebrate the traditions of this 260 year-old Order.

Here is a brief description of the celebrations:

In the early afternoon of 19th June the General Chapter meeting of the Order took place, where reports of the past year, the course for the future, and future projects and actions were presented. Each Commander gave a short talk about his command area and then together set the priorities. The Prior of the Order, S.E. Archbishop Lewin, has long been concerned with supporting Parkinson’s Disease Research and Parkinson’s patients, and this project was again unanimously agreed as a ‘main project’ of the Order. Many other smaller projects (beyond the scope of this report to enumerate) were also discussed and approved.

In memory of the most famous Commander of the Order of St. Joachim, Admiral Lord Horatio Nelson, the Welcome Dinner was held in the Officers’ Mess of the Royal Canadian Navy on HMCS Bytown.

On the 20th June a visit to Rideau Hall took place. Rideau Hall is the official residence of the Governor General of Canada. The Governor General is the representative of Queen Elizabeth II of the United Kingdom, who is the Head of State of Canada and 14 other independent countries within the Commonwealth of Nations. In a specially guided tour, separate from the general flow of visitors, we learned something of Canada’s fascinating history.

After the tour a reception was held for our entire group in the Croatian Embassy.

But the highlight of the celebrations was the investiture held in the oldest Anglican Church in Canada, the Church of St. John the Evangelist. After the opening prayer Grandmaster Stephen Lautens, to great anticipation and pleasure, received twelve new Knights into the Order and promoted one Knight to Knight Commander. The presence of Bagpipers and a Guard of Honour provided by the Cadets of the Naval Academy gave this investiture an added lustre.

A reception and farewell dinner was later held in the Ottawa Army Officers’ Mess. Also a venerable and traditional place, it provided not only culinary delights but also a wonderful finale to this celebration. All agreed that these days of friendship, camaraderie and contemplation had passed too quickly.

Here again we give a heartfelt thank you to all our brothers and sisters of the Order who participated in this program in Ottawa and gave us such a beautiful and unforgettable time! 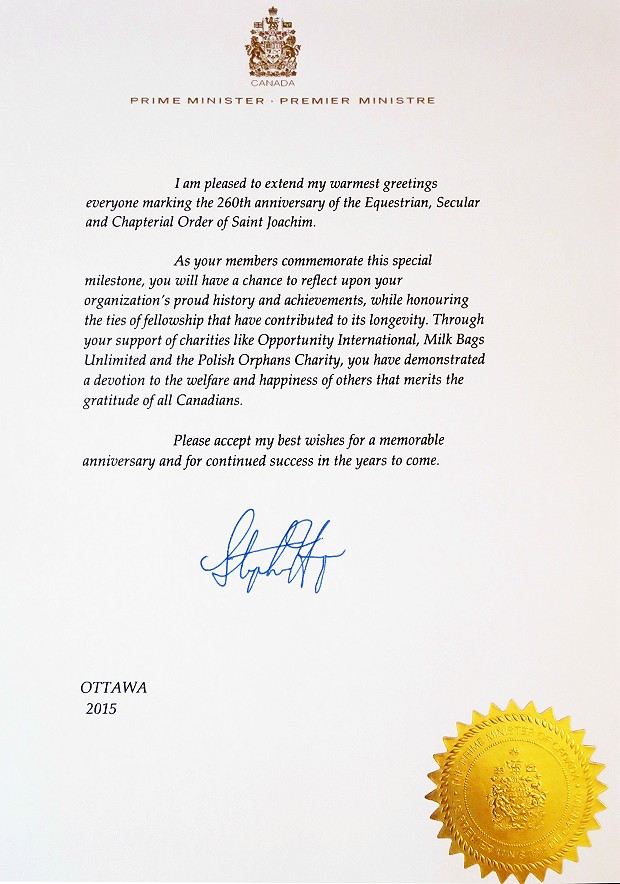 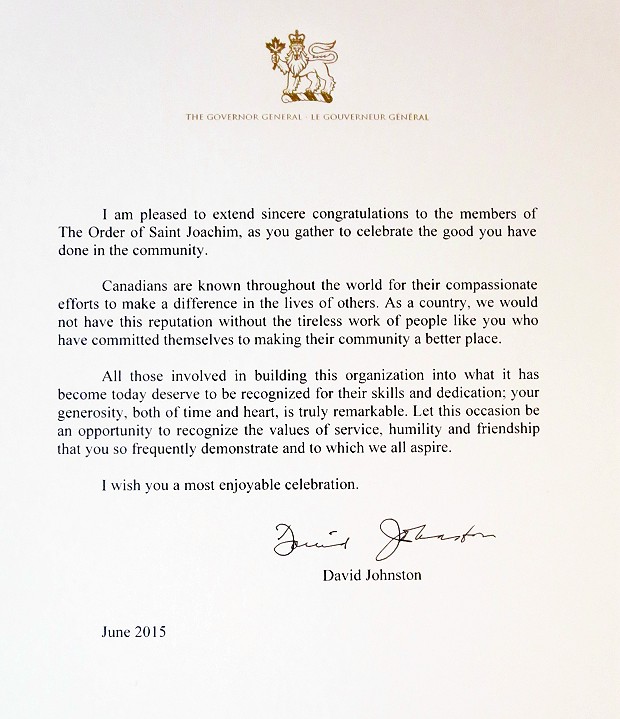 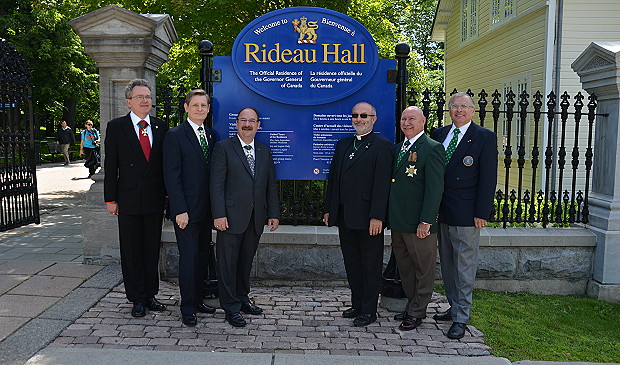 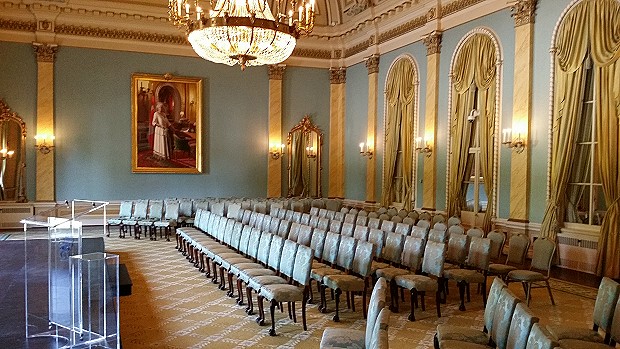 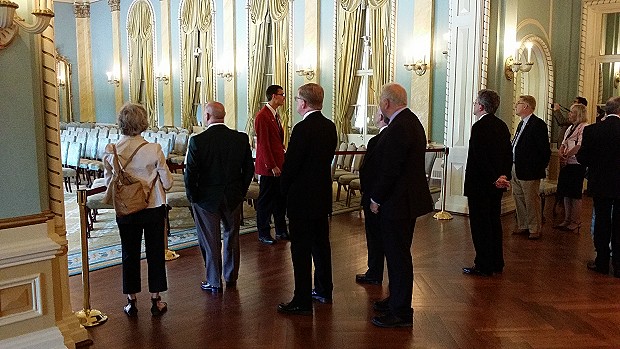 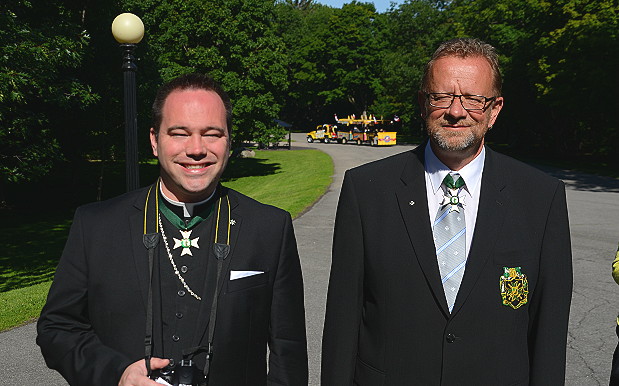 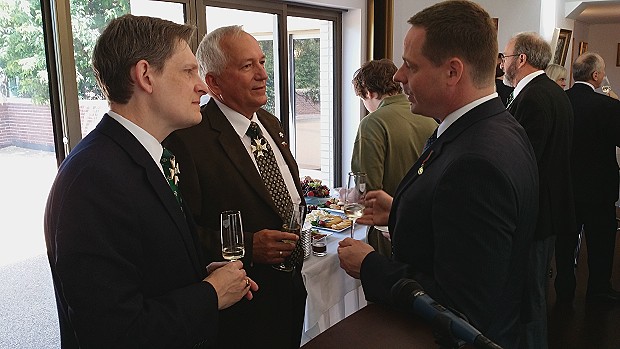 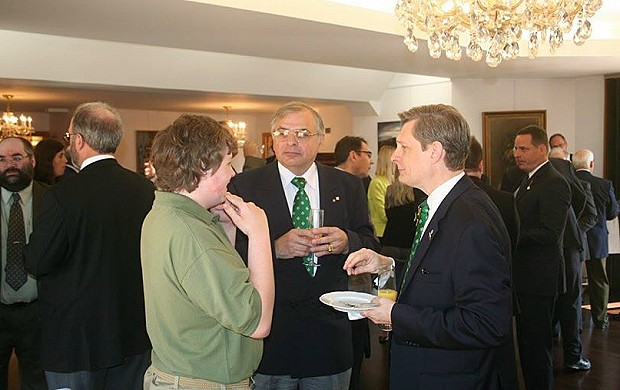 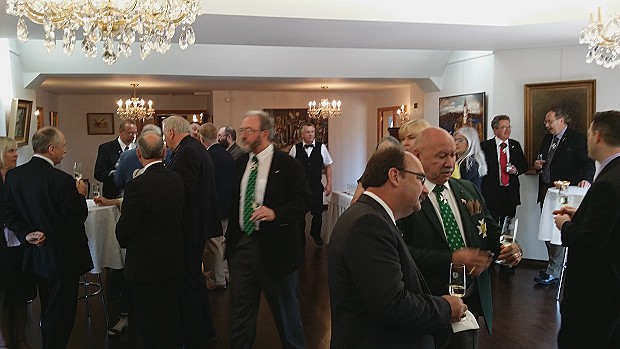 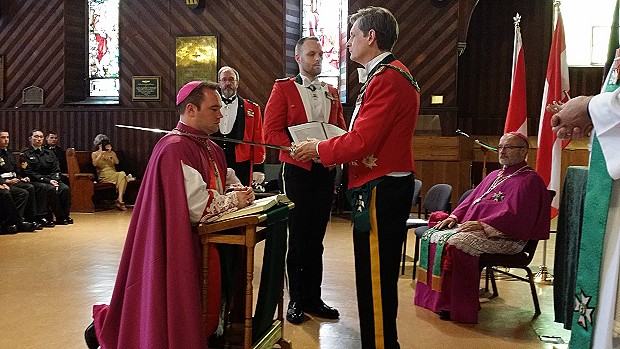 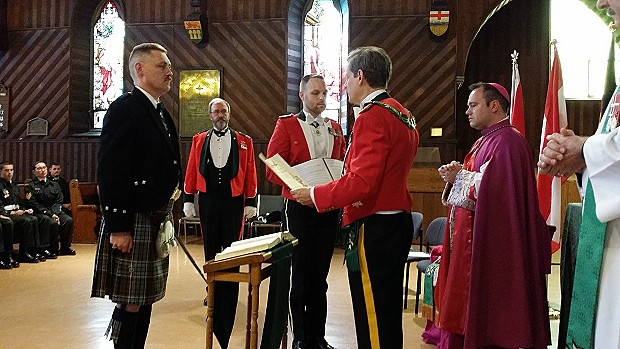 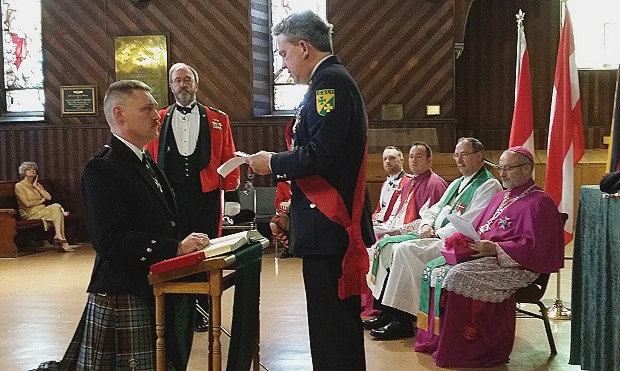 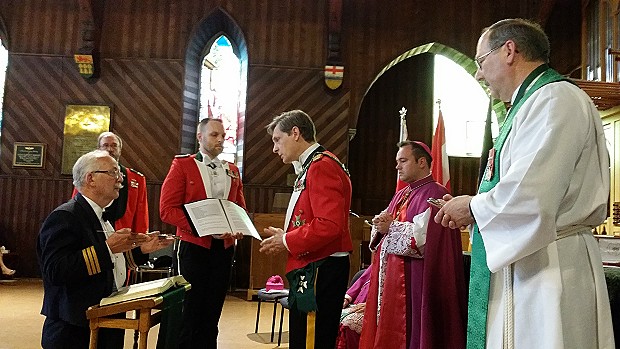 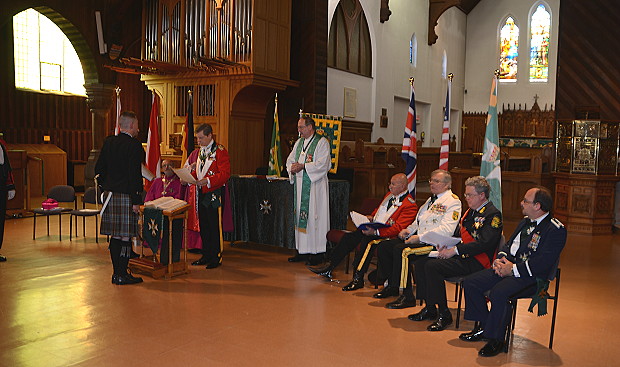 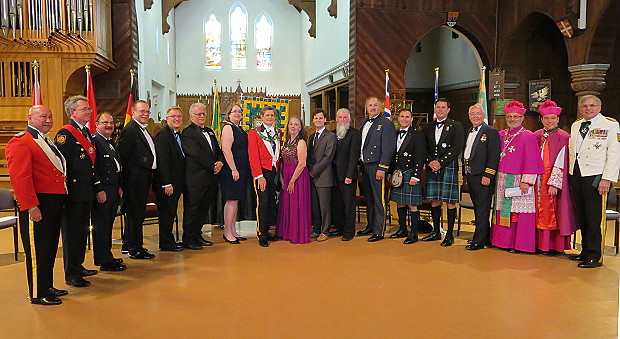 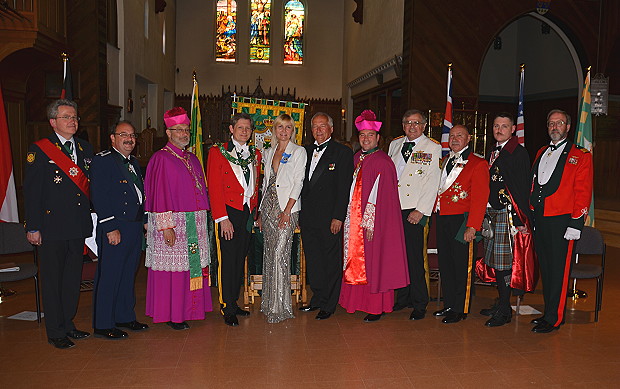 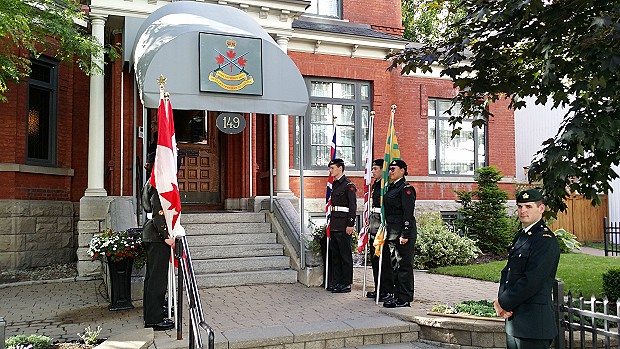 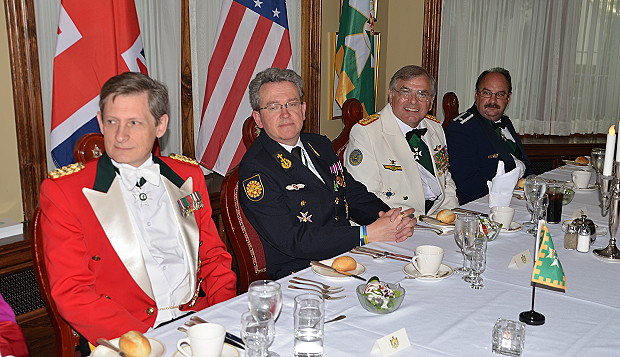 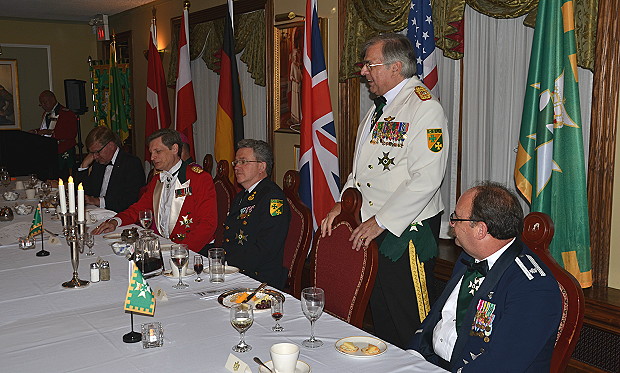