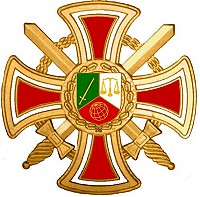 Participation in the Patrons Saint’s Day
of the Order of the
Knights of St. Michael Vienna

A report by Lothar Gellert (pictures will come soon)

This year again the Lazarus Union participated in the Patrons Saint’s Day of the Order of the Knights of St. Michael Vienna, that took place in the Wachau/Austria on 28th September. 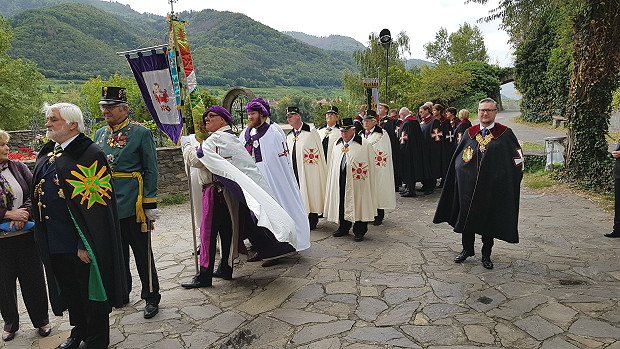 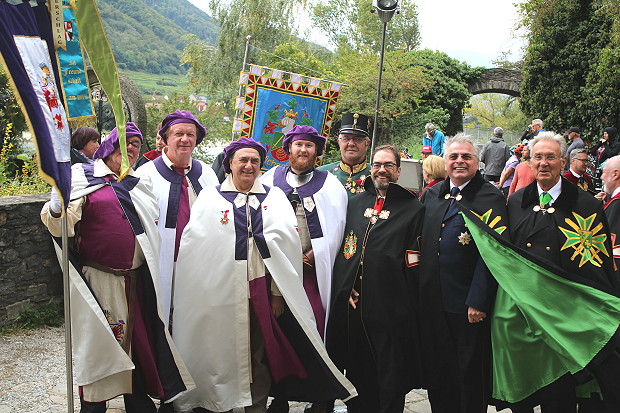 In the early afternoon the ceremony started with many friendly orders and knightly organisations with a Festive Mass at the Fortified Church of St. Michael. 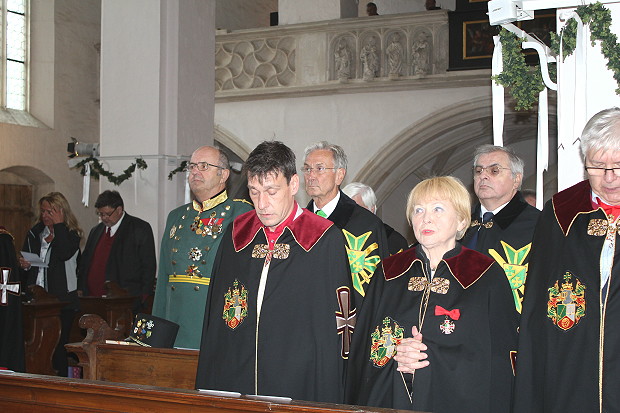 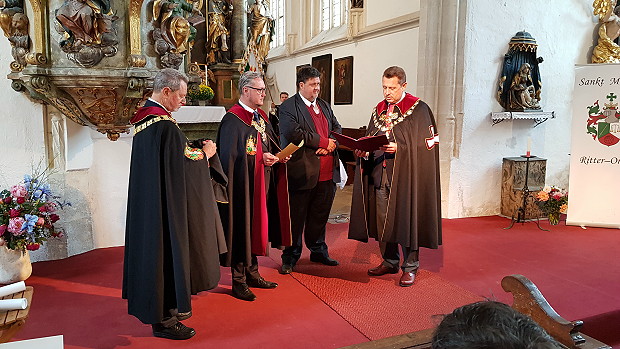 During this mass there were new applications and an awarding.

First of all Bernd Steininger was applicated as squire in the Order of the Knights of St. Michael.

Afterwards Herta Seyfang, member of the Order of the Knights of St. Michael was awarded the Great Honor Cross in Silver for her work for the Order.

Another highlight was the handing out of a cheque for the donation of 2.500,00 € for Eva Hausleitner from the Support Centre and Ambulatorium for Integral Promotion and Therapy located in Grainbrunn/Lower Austria. 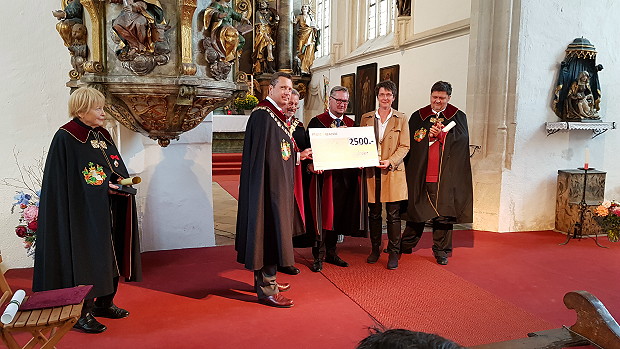 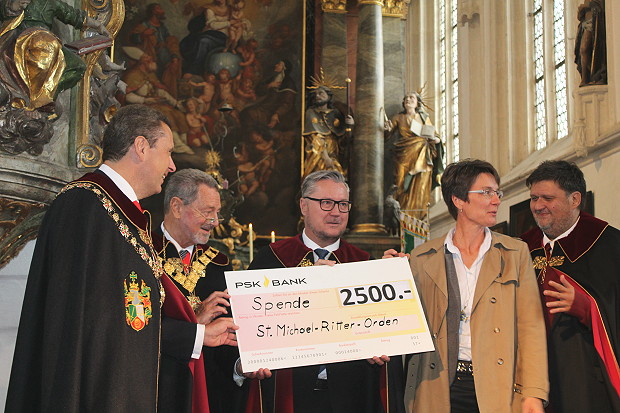 It has been a long-standing tradition that the wine tasting session at the „Weingut Bayer“, the most known winery of St. Michael, started immediately after the mass. This year again many well-known friends could be welcomed and new friendships could be made. 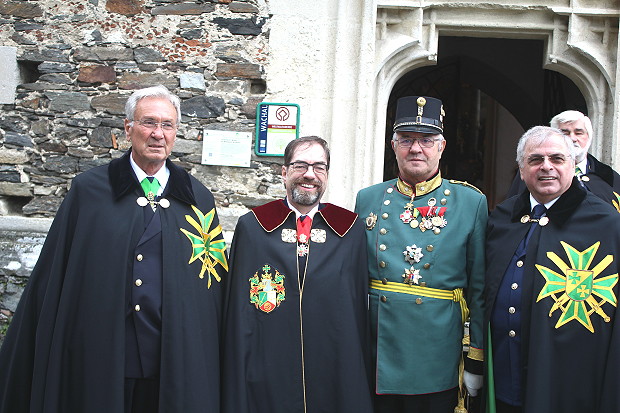 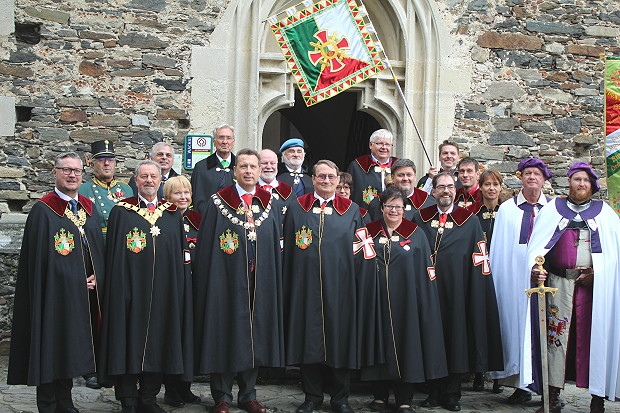 After the wine tasting session the participants went back to Spitz to take part in the annual convention. 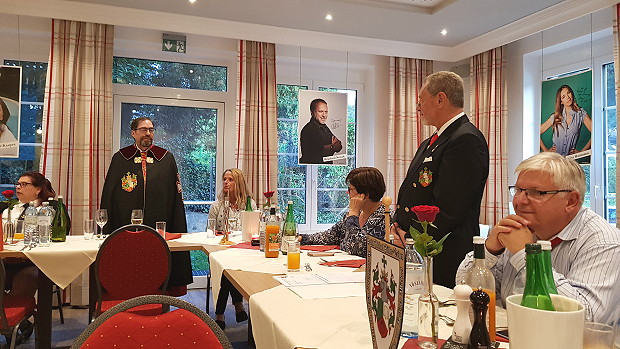 The Grand Prior of the Order of the Knights of St. Michael did not hesitate to personally welcome all the participants. The General Plenipotentiary of the Lazarus Union, who is also Grand Master of the German Knightly Order of St. Peter and Paul, expressed his thanks for the invitation and pointed out that it is important that all the knightly orders and knightly organisation stick together. They must not be competitors because they are all a big family and all aim to help the poor and needy people. Then he asked his predecessor, Senator Professor h.c. Wolfgang Steinhardt, to give some greetings especially on behalf of the Lazarus Union to avoid conflicts of interests.

Concisely Wolfgang Steinhardt gave a report on the development of the Lazarus Union from the day of its foundation up to the achievement of the General Consultative Status with the UN and up to the transmission of the office of the General Plenipotentiary to the signatory. 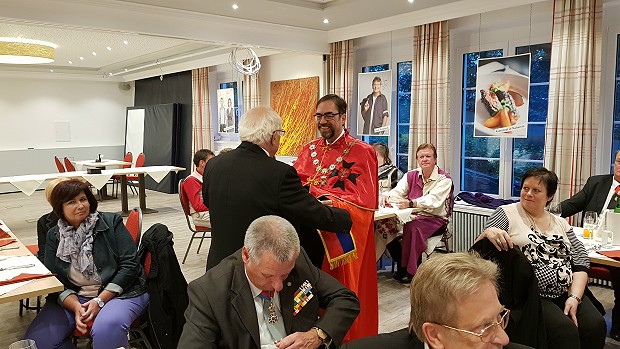 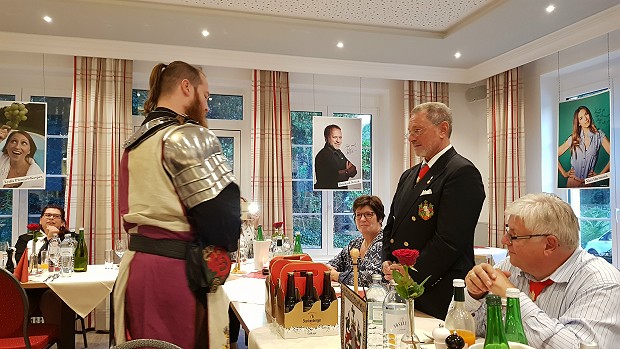 After the official part of the investiture there was an excellent dinner. During this dinner there was a report on oncoming social projects and joint actions could be discussed.

The Patrons Saint’s Day 2019 will certainly be a lasting memory.

All persons on the photos agreed in the publication